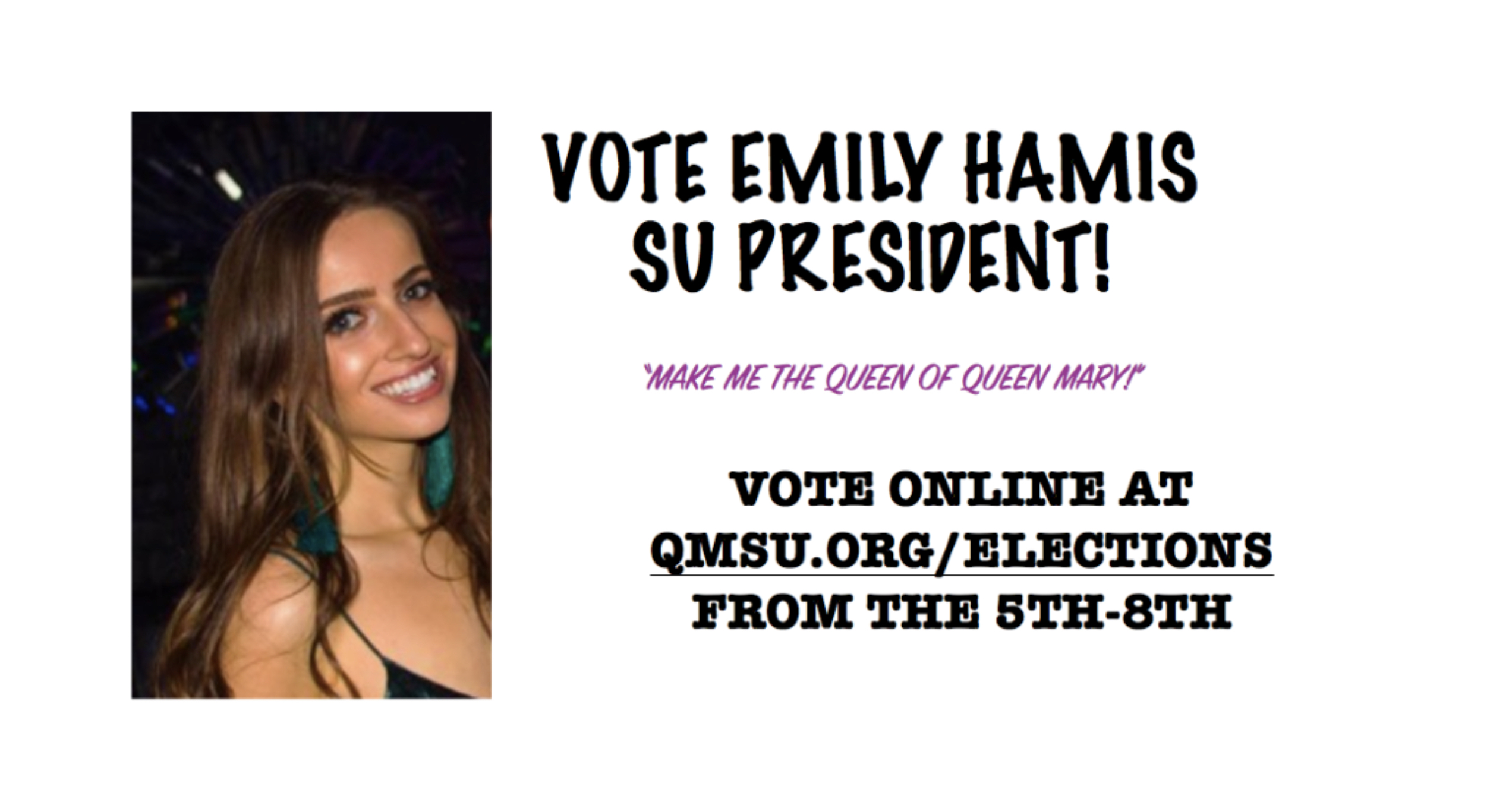 In the run up to the Students’ Union Presidential elections, the talk on campus was nothing short of dull and predictable. Small talk evolved from “Cold today innit” to “Who are you voting for?”. Both questions erupted an equally boring and short lived conversation. All of a sudden everyone in library square was clasping a manifesto and channeling their inner Lenin, as they stood tall on the smoking bench and bellowed their policies through a megaphone. Their heads were held high and they slept well at night knowing the future of the world could be in their hands.

Here at The Guillotine we decided to test just how involved and politically active everyone was pretending to be and we did this by spending a full day campaigning for a fake candidate to be President of the SU. We created some ridiculous policies, neatly presented on a poster, and set about asking people what they thought and if they would vote. I wish I could write that the majority of students at Queen Mary are too intelligent and invested in the Students’ Union and laughed us away in a dismissive manner, but of course, that was not the case. To put it lightly, if this was 1930’s Germany, there would be a large amount of students here raising up their arm into a Nazi salute, other than about two of the people we spoke to. Everyone else was a conformer and agreed.

(Disclaimer: the policies we created are totally not harmful and do not have any similarity with those of Adolf Hitler, it was just a crass comparison).

After long deliberation and hours on google translate we came up with the name ‘Emily Hamis’ for our candidate, which actually translates to “False Rival” (if both words are translated separately and in very different languages, clearly not just pretty faces here at ‘The Print’). The manifesto went something like this:

We had a lot of fun reading out these policies to naive and unsuspecting students and were left truly amazed that out of around the 30 people we asked, only one disagreed that forcing people to eat their rubbish if they don’t recycle was a good and fair measure. This one person did get rather angry and call ‘Emily’ a tyrant.

We also particularly enjoyed watching perplexed and confused faces as we listed every day of the week as free from teaching, one girl literally counted the days on her hand to check. No one even questioned the ridiculous idea that “We are the only Russell Group to not have monkey bars or a sandpit”, everyone appeared genuinely intrigued that “LSE has monkey bars in their SU”. The best part of the campaign trail had to be getting one of the candidates running for a sabbatical position (who shall not be named) to agreeing to vote for Emily Hamis… not like he’d been at the hustings with the real candidates just the week before!

If anything, this fake campaigning didn’t only look bad on the students of Queen Mary for being gullible and ignorant (there was so many posters around campus with the real candidates faces on) but it confirmed that myself and Katherine, as editors of Satire, are astonishingly good at chatting shit.

Published in Curated, Elections and Satire