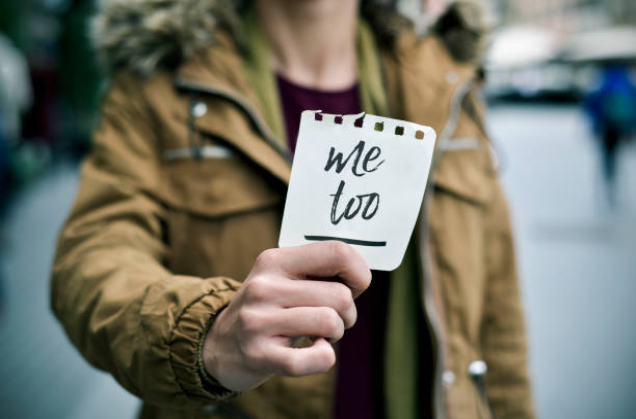 Aziz Ansari and the Danger of the No-Yes Narrative

The last few months have seen sexual assault allegations mounting against male celebrities. This news is inescapable; the accusations of Hollywood men, as well as the news stories that follow them, seem to be pouring from women across the UK and America.

Beginning with the atrocities of Harvey Weinstein, these allegations span from outcries of pedophilia against actor Kevin Spacey and Republican politician Roy Moore, and sexual assault allegations against the likes of James Franco and Ed Westwick. It seems there is no end in sight to victims speaking out against these high profile men. Notably, among the accused is Asian-American actor and comedian, Aziz Ansari.

In an interview with babe.net, an unnamed woman has spoken about going on a date with Ansari, saying that it was ‘the worst night of my life’. Having met the comedian at the Golden Globes, the two had exchanged phone numbers, and they had gone on a dinner date, after which she went with Ansari to his apartment. The woman speaks about how Ansari ‘probably moved my hand to his dick five to seven times […] he really kept doing it after I moved away’. She says that she felt ‘violated’ by his behaviour.

This story is reminiscent of a narrative which plays out in a lot of romantic and sexual versions of fiction: the toeing of the line between assault and consent. This is the narrative of female indecisiveness, and male persistence as a form of flirtation, or even verbal foreplay. Picture it: they’re on a date, the man wants to take things further, the girl says no, he keeps kissing her and looking deeply into her eyes, and eventually she realises that of course she wants to go home with him, of course he is charming.

Can’t picture it? I’ll give you some examples. In the popular romance movie The Notebook, Noah won’t take Ali’s ‘no’ for an answer when he asks her on a date. So he climbs up the ferris wheel she’s on and hangs off it dangerously until she agrees. She can’t say no — he could fall to his death. Ryan Gosling plays this character with devilish charm; we are wooed by his eccentricity but more importantly by his knowledge that ‘she is the one’, he knows this immediately and so persists despite her protestations. Of course, when she does date him, and they fall hopelessly in love. The narrative of male persistence is triumphant.

In Blue Valentine, Dean meets Cindy at an old people’s home, then sees her on a bus later on. He pesters her on the bus until she agrees to walk with him, because he believes she is special, that there’s something about her. In Friends, even after the breakup of Ross and Rachel, Ross continuously sabotages Rachel’s love connections, laying himself out as the only viable option. Shakespeare’s The Taming of the Shrew sees a man wear down an independent woman until she falls for him. I could go on and on.

What does this have to do with Aziz Ansari? In these stories, the girl says no, usually multiple times, before finally saying yes. This is crucial. The notion of women liking to ‘play hard to get’ so as not to seem too forward, is hugely damaging to dating morale on both sides. As women, we are encouraged not to give it all straight away, to make the man work a little bit to win us — whether that’s physically or emotionally. Young men therefore may assume that a woman being cautious, avoiding their touch, moving away from them, perhaps is a sign that they must work harder.

This is the crux of the issue when it comes to the account of Ansari’s behaviour. He finds her to be stiff, not totally relaxed with the sexual energy he’s giving off, and so perhaps he takes that as a cue to try harder. This is in no way excusing his behaviour, but I find that once you start to notice this behaviour in popular fiction, it’s hard not to see it.

Ansari’s behaviour signifies much of the behaviour that our favourite romantic heroes have. She says no, he tries harder. Even after the woman has moved away from him repeatedly, and has told him she’s not interested in sex, Ansari persists, moving her hand towards his penis, pushing his fingers down her throat, with the attitude that maybe this time she’ll succumb.

Growing up as young women, we’re taught to find the persistence of men flattering, their wisdom infinite. In these stories, he always gets the girl. Aziz may simply be following the pattern, believing in the power of persuasion. He knows she’s uncomfortable — as all the men in these narratives do, by the way — but simply pushes himself into her space until she’s eventually comfortable with it. Or at least, that’s the intention. Unlike the girls in the stories, this woman saw through his sexually authoritative stance and took it as her cue to leave. Truly, it is time we all saw through this bizarre and culturally cultivated mode of flirtation.