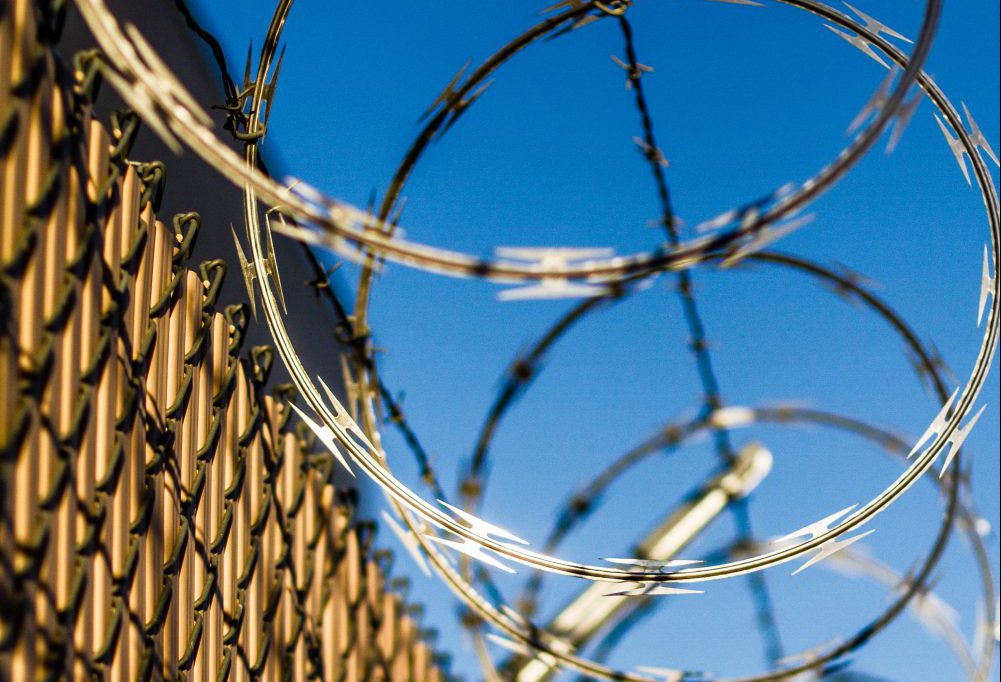 A Baptism of Fire for the Millennial Generation

Whilst considering the economic and existential dread of a post-university life, the opportunity to work in a prison is not at the forefront of students’ minds. One Reform League recently deemed prisons, ‘a bloodbath of assaults, suicides and self-harm’, whilst in 2016, there were 65 assaults in prisons on both inmates and staff per day.

Yet, according to charitably funded Unlocked Graduates, the answer to this crisis is young and educated graduates, such as ourselves. With recruitment critically low and the need for effective reform becoming more apparent everyday, Unlocked offers a two-year graduate scheme that will throw our schooled and skilled selves into the heart of the crisis as Band 3 prison officers. Whether we’re willing to answer the call is another question.

The problem must be solved somehow. Natasha Porter, Unlocked’s CEO, told The Print: “You never get somewhere that has this many socioeconomic disadvantages in one location”. Over half of the people entering prison have the literacy skills of an eleven-year-old, 49% of the women and 23% of the men are diagnosed as anxious and depressed, almost a quarter of adult prisoners have been in care at some point in their lives, and 44% of adult prisoners reoffend within only one year of release.

Yet, no matter how noble the cause, considering the popular image of unintelligent and even sadistic prison officers joining their ranks seems a nightmarish prospect. Natasha is more than aware of this unsavoury image. She not only wants to improve the system, but the visibility of the officers themselves. Imani, who joined the scheme’s first cohort in 2017, conceded that, ‘to some, my job as a prison officer is just to keep “criminals away from the public”,’ when in reality, ‘at any given moment I can be expected to perform the roles similar to those of social workers, police officers, security guards, nurses, carers and sometimes even a therapist’. In accordance with this multi-faceted role, Natasha describes prison officers as, ‘negotiators, investigators and social workers’.

It may be that further emphasising the obstacles which face the scheme’s participants hardly makes the prospect any more inviting. But Imani believes that, ‘without these challenging moments, I would not be as resilient as I am now. I believe that once you can cope as a prison officer, you can do any job out there!’. Certainly, the closer we come to graduation – and the larger the real world looms – we could all do with a little more resilience. Unlocked Graduates is a baptism of fire for the millennial generation.

Furthermore, on the cynical side of things, it’s a baptism of fire that not only pays better than many graduate jobs, with salaries of up to £30,064, but also vastly improves participants’ employability. Although the scheme includes a compulsory, bespoke Masters in Leadership and Custodial Environments, employers will be most attracted to those key skills garnered during the day-to-day of the job: prioritisation, decision-making and relation-building all within the stress of a prison environment. Think on that next time an interviewer asks you how you overcame challenges in the workplace.

Although there is currently a need for more prison governors, and Imani is intending to continue working to a more senior level, Unlocked does not actively encourage participants to remain within the prison system. Schemes such as these take our universities’ best and brightest on a two year tour through the public sector, whether that be social work or teaching. However, one criticism of these kind of schemes is that they treat the sector as a careerist stepping stone. The ten-year-old scheme Teach First in particular has been criticised due to its low rates of retention in comparison to those teachers emerging from PGCEs, despite the latter requiring less funding from the government.

Natasha herself was amongst the first cohort to emerge from Warwick University, and although she no longer works within the education system, it was realising education’s importance that led her to set up Unlocked Graduates. As a result, becoming a prison officer through the scheme is far removed from the usual training. Participants will undergo an intensive course that covers a wide breadth of expertise, ranging from Special Education Needs to dealing with mental health issues.

The criticisms levelled at Teach First are fair, yet the effect of making individuals, such as Natasha, realise the socioeconomic gulf of education in schools across the country cannot be underestimated. Schemes like these bring graduates who would otherwise sail into corporate jobs face to face with the realities of society’s foundations and the systematic problems that reside there. This attitude is epitomised by giving participants the opportunity to write a well-informed policy paper at the end of the two-year course.

Unlocked’s cause is pinned on visibility, of understanding why prisoners are where they are, and confronting the privilege that has kept many of us out of the same situation. Natasha is not alone in this sentiment. A great deal of government, as well as private, funding has gone into the scheme and applicant rates are high. It is a job unlike any other. For those of us who are disillusioned by an interminable future of boardrooms and dress down Fridays, working alongside life’s harder truths for a greater cause (all whilst securing an entry into that interminable future if you so wish) begins to take on a surprising allure.

Being a prison officer requires a 37 hour week, 17% of which is antisocial, and although you will be placed in a prison with at least five other participants and a Mentoring Prison Officer, you must be prepared for challenges. In Imani’s words: ‘The smallest of events can alter the whole day, turning an ‘average day’ into a rather unique one.’ Accordingly, the scheme looks for resilient individuals who have a genuine belief that the system can be changed for the better.

Applicants need a 2:1 and must also pass a fitness test. The process is competitive and by including roleplays and a compulsory visit to a prison, it not only aims to test the participant, but to give them a taste of what they’re entering into. Despite these obstacles, the prospect of a challenge, of gritty work and one of the largest problems in the country to solve, the allure only grows. For those of us dreading a future of feeling our backsides grow slowly number in office chairs, Unlocked Graduates may be the unexpected alternative.

Unlocked Graduates is now registering interest for applications to our 2019 cohort, beginning in July 2019. Please visit their website for further details.

Imani took part in a panel discussion at QMUL on the 8th of March as part of International Women’s Day. Organised by the Equality in Leadership Society, the event discussed the experiences and diversity of women in the workplace.

Photo by Robert Hickerson on Unsplash