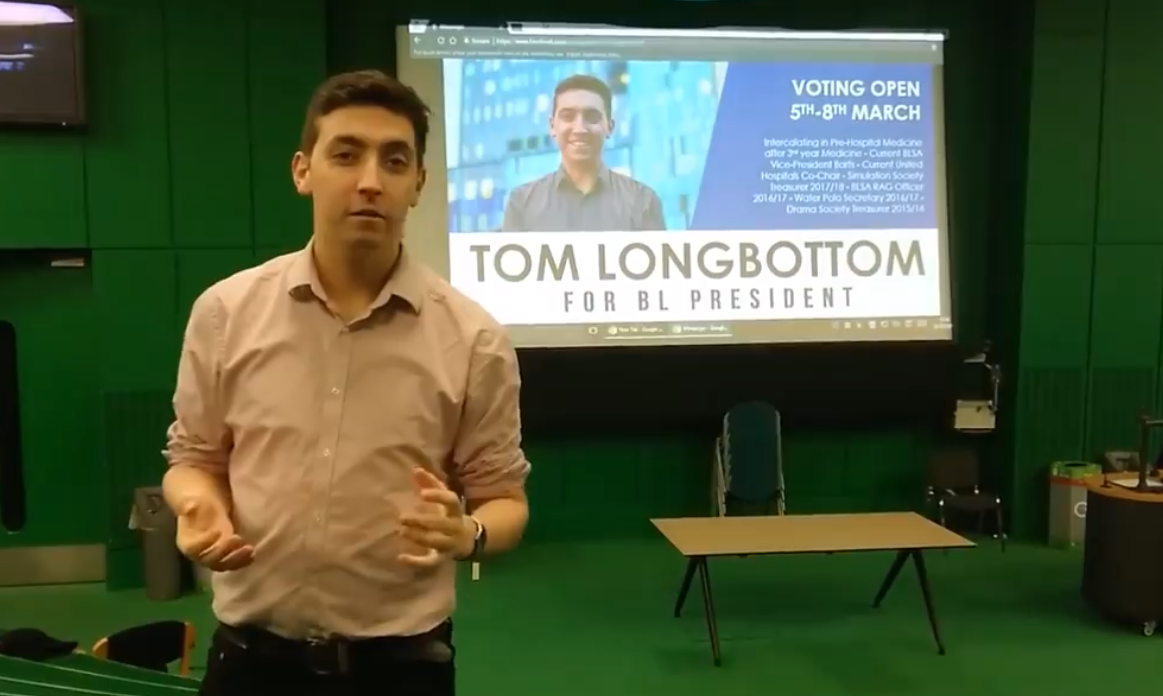 WATCH: “We will have an amazing BLSA board and Student Council”, says newly elected VP Barts and The London

Tom Longbottom has been elected as Vice President Barts and The London for the 2018-19 academic year.

Tom was the only candidate to stand for the position this year but has recently stated in candidate debates that he hopes to change that for next year. Tom also wants to encourage more female candidates to run for the role in the future as it has been approximately six years since a female has stood for VP Barts and The London.

Speaking on the Whitechapel campus in early March, Tom said, “We need to be looking at the start of the year for who should be the person to take over this position. It is pointless doing great work if there will be nobody to continue it.”