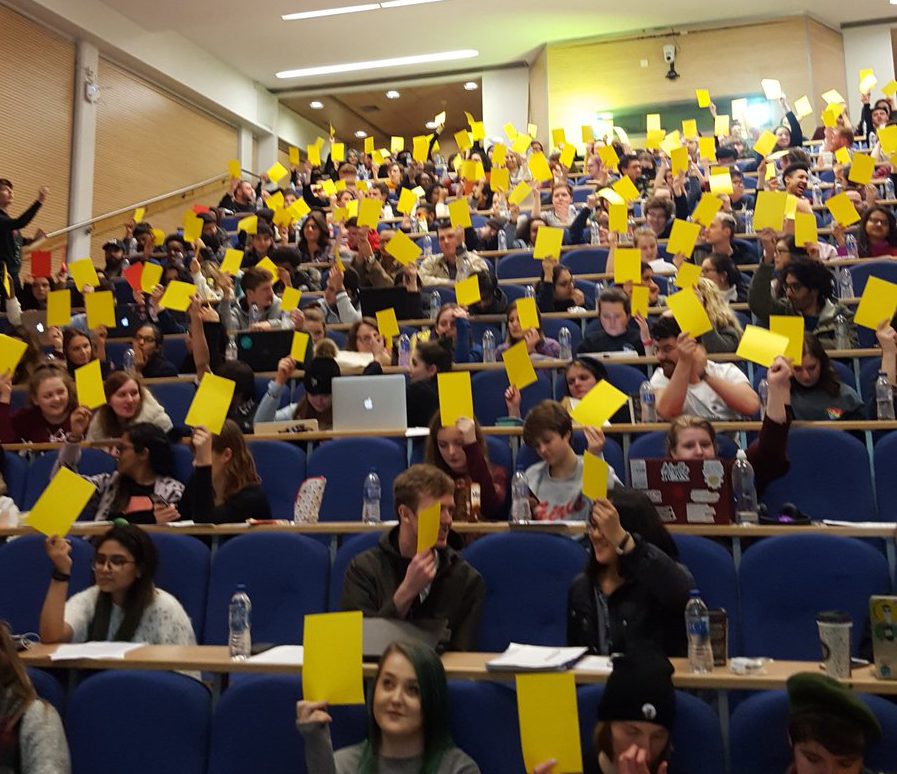 Queen Mary Students’ Union will hold a referendum on whether student groups should be allowed to endorse candidates standing in student union elections, following a vote at the Annual Student Meeting on Tuesday.

Danial Mohamed, Mile End Black and Minority Ethnic (BME) Rep, proposed a motion calling for student group endorsements to be reinstated. He argued that student groups engage a large number of students and have democratically elected committees, hence these groups should be allowed to state which candidates best represent their interest.

The contentious issue of student group endorsements has gone back and forth in Student Council meetings since 2015. Student groups include all affiliated societies, sports clubs, RAG, student media and volunteering groups.

Queen Mary Students’ Union bye laws state that a referendum must be held within 12 to 25 working days of the referendum being called, and requires 500 votes for it to be valid.

However, the referendum will only be advisory and not binding as it involves changing the Union bye laws. This will require ratification by Student Council and the Board of Trustees.

Current QMSU policy does not permit endorsements, following a motion passed at Student Council in June 2017 which banned them. Hence, no student group will be allowed to endorse candidates at this year’s QMSU elections.

The motion amended Bye Law 10: Elections to state the following: