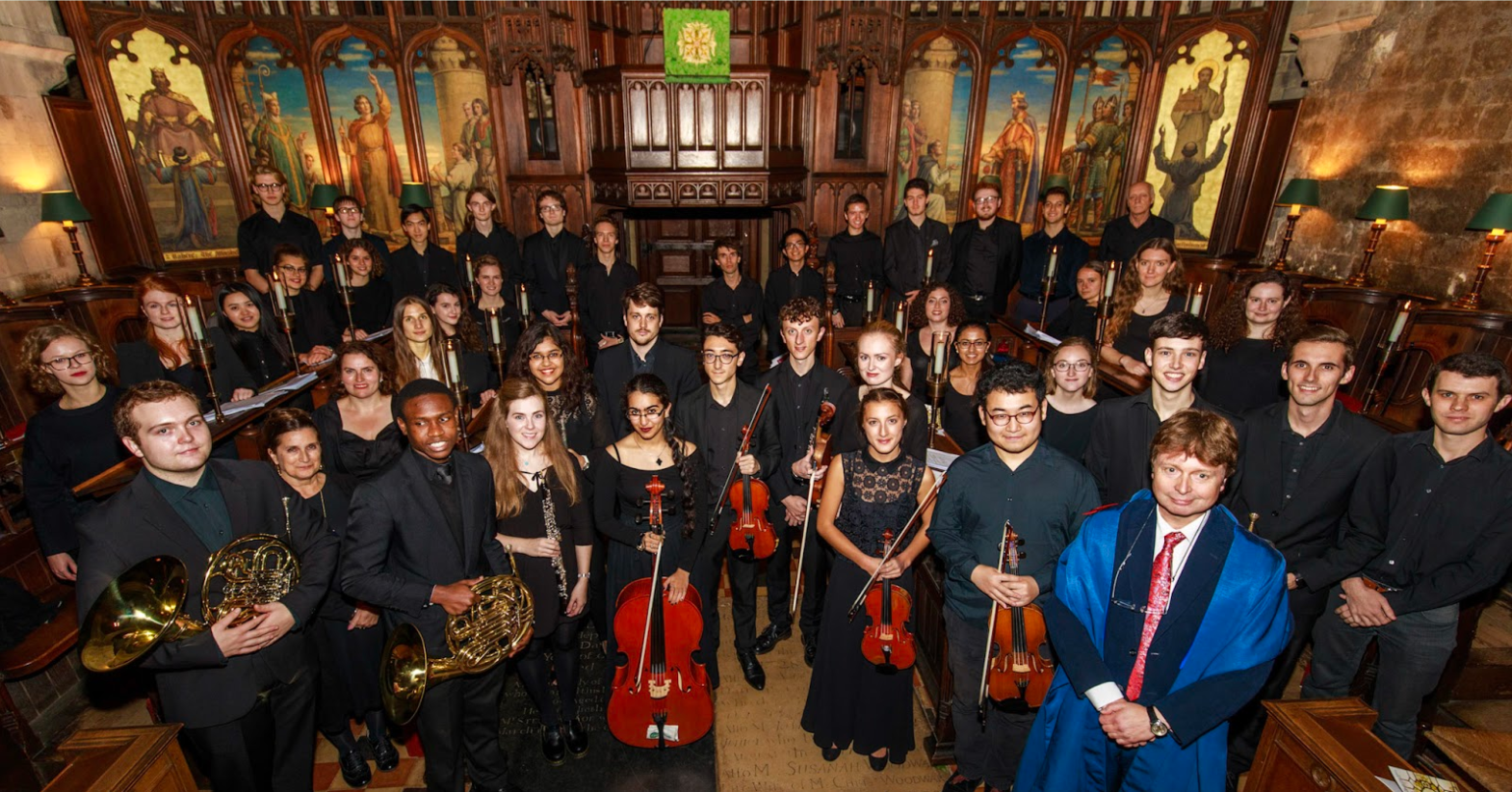 The QM Music Society is a popular society with well over 200 members composed of both students and staff. Each week we run many rehearsals ranging from Orchestra and Choir to A Capella and JAM Group. We regularly represent QM outside of the university – volunteering for charities and giving special performances at schools including the local St Paul’s Way Trust School. Students can audition to gain Music Scholarships at QM, as well as London Chamber Orchestra (LCO) Scholarships, enabling involvement with the LCO Music Junction Programme, teaching music to children at outreach schools culminating in an annual concert at Cadogan Hall. Furthermore, we have members representing QM within the prestigious University of London Orchestra and Doctor’s Orchestra as well as multiple bands, often formed here at QM. We have developed links with musicians across the UK including the LCO, East London Music Group, Shadwell Opera, Spitalfields Music Festival and recently NYJO, the National Youth Jazz Orchestra. Of course, the Music Society can be heard regularly across campus playing for events and raising awareness for campaigns such as RAG and This Girl Can. We hold many concerts each term and with Ed Nesbit, our Composer in Residence, we are often able to premiere new works.

Our next concert is Musical Tales held on Friday 16th March at 7pm in The Octagon. The Music Society are combining forces with the East London Music Group to bring to life a series of tales told through music. The programme is to include The Firebird, Siegfried Idyll and a premiere of Robin Haigh’s 1936: An East London Uprising, inspired by the Battle of Cable Street.

The Firebird was Stravinsky’s first large-scale orchestral composition and one of the first distinctively 20th-century style works. It was a breakthrough piece for Stravinsky who gained instant recognition as one of the most powerful composers of his era. Tasked to create a ballet based on Russian fairy tales, Stravinsky met with choreographers who demonstrated scenes and dances, whilst the composer took notes and improvised melodies on the piano. Completed in 1910 the recurring folk themes narrate the story of two famous Russian legends: Kashchei the Immortal and The Firebird. The story of Prince Ivan, a prince seeking to free his princess, imprisoned by an evil wizard and the story of a majestic firebird are intertwined seamlessly creating this magical ballet.

Siegfried Idyll was composed by Wagner as a declaration of love to his wife Cosima. Composed after the birth of his son Siegfried in 1969, this piece can be described as a symphonic poem written for chamber orchestra. The tuneful melody depicts sunrise and birdsong with a gentle German lullaby echoed softly on the oboe. Written as a true tribute to his wife many of these themes are believed to hold vast personal significance between the couple. Wagner organised it to be performed for the first time as Cosima awoke on the morning of her birthday. It was intended to remain a private piece however financial difficulties forced Wager to publish the score making it accessible for public performances.

Robin Haigh is a modern London-based composer with a particular interest in dramatic and operatic work. 1936: An East London Uprising was commissioned by the East London Music Group as a tribute to the 80th anniversary of the Battle of Cable Street. The theatrical work portrays the events on the day of The Battle of Cable Street, a key date in anti-fascism history and a significant victory against the far-right. However, with over 175 people injured it is certainly not without considerable mourn. Today a large mural depicting the battle stands in Cable Street with a red plaque commemorating the incident. With inspiration taken from this historic day the reflective music will add contrast to the concert programme.

If this sounds like something you would be interesting in attending, tickets are just £3 for students and £7 for non-students. All tickets can be purchased here: https://www.music.qmul.ac.uk/concerts-events/items/musical-tales.html