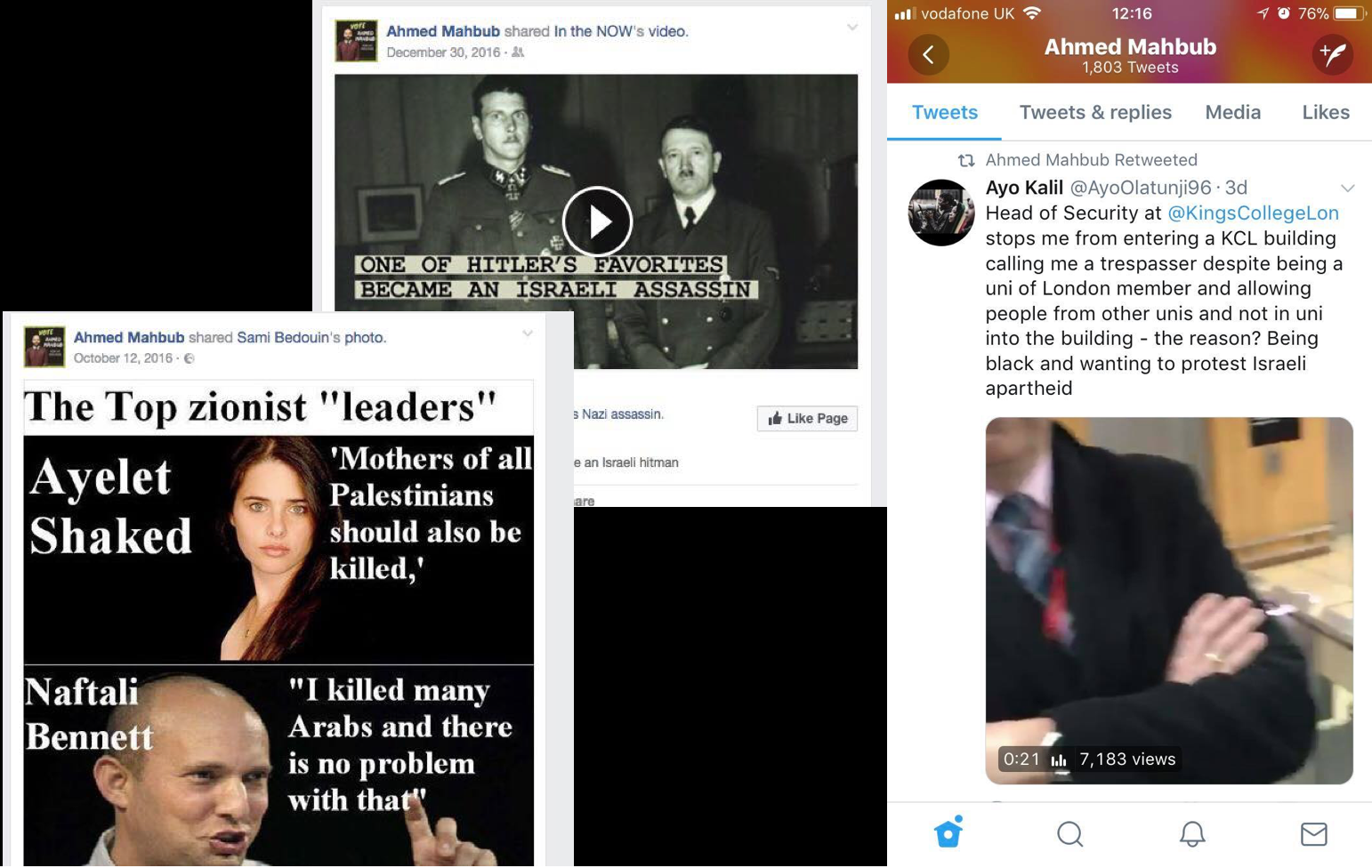 The Jewish and Israel Society have recently apologised to VP Welfare and 2018 QMSU Presidential candidate, Ahmed Mahbub after accusing him of anti-Semitism.

In a statement released on Facebook on 5 March, the society accused Ahmed of retweeting and sharing posts that they believed were anti-Semitic. The statement was accompanied by three screenshots which were believed to be anti-Semitic according to the Jewish and Israel Society. Two were posts shared on Facebook whilst another was a tweet from the official page of the VP Welfare.

The society had also urged the Students’ Union to take action including removing Ahmed as a candidate in the current elections.

The statement has now been deleted and was replaced by another stating:

“After careful considering the evidence again, we have decided that our statement that: ‘some of the things he has shared over the years on social media, while studying at QM, like comparing Israel to Nazis, is anti-Semitic according to the International Holocaust Remembrance Alliance’s definition’ has crossed a line. For this, we want to extend our sincere apologies to Ahmed Mahbub. However, we still strongly believe that the posts that Ahmed shared on Twitter are very controversial, taken out of context, and not suitable for a VP Welfare, supposed to represent all the students on campus.”

The Students’ Union responded stating, “The Union takes allegations such as these very seriously, and this was passed onto our Deputy Returning Officer, Brad Coales, for the elections to investigate. Brad has concluded his investigation and liaised with both Ahmed and the society.”

Ethan Fraenkel, President of The Jewish and Israel Society claims the Students’ Union asked the society to issue an apology after not finding the issue anti-Semitic. Ethan, however, did emphasis that he still strongly opposed the comments made by Ahmed.