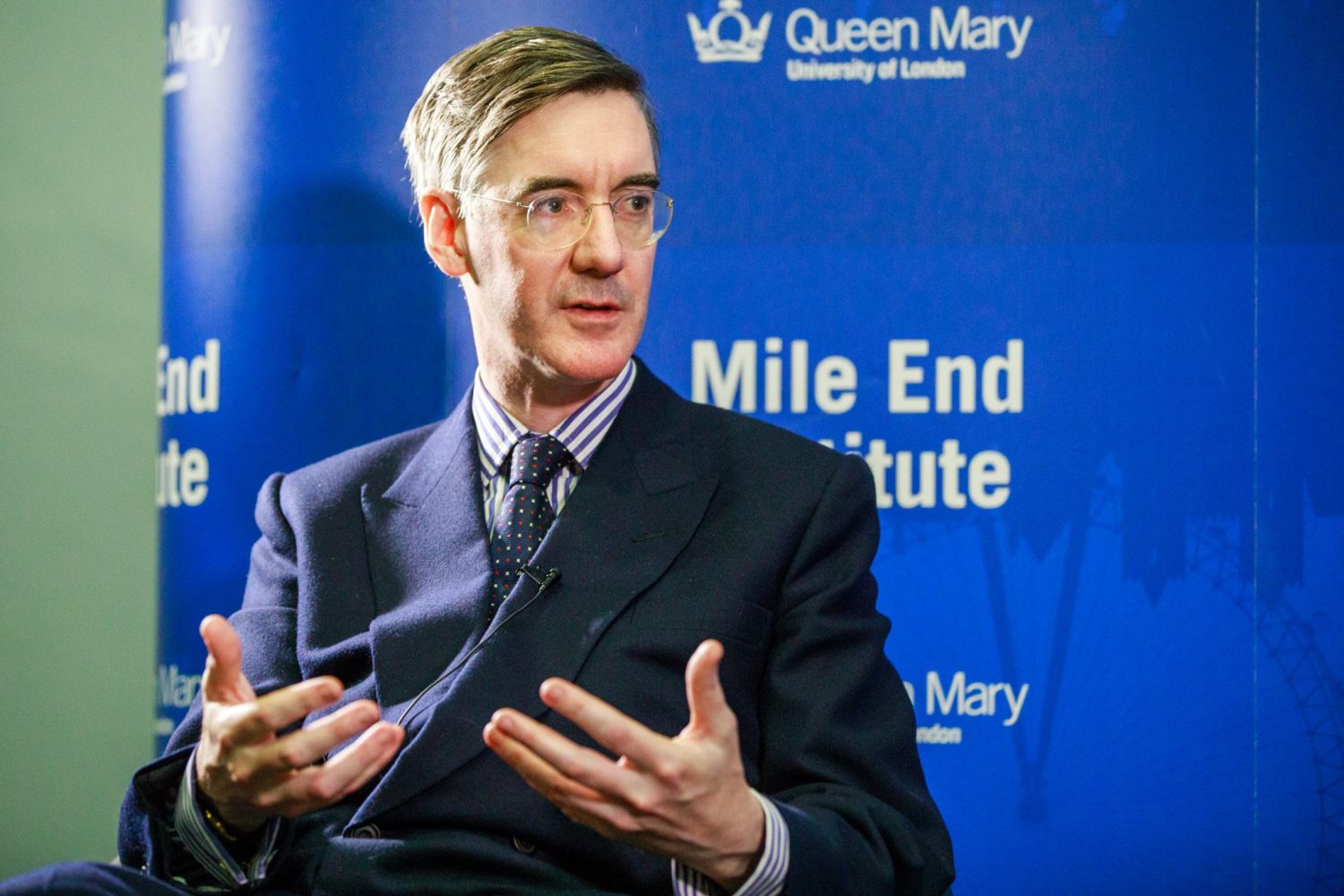 How to clog the Mogg

What is the best way to challenge a controversial figure like Jacob Rees-Mogg?

Brandishing a placard on a cold winter night, or getting involved in a brawl in the audience (as some students did at UWE), are easily forgettable demonstrations that are swallowed in the news-cycle. No doubt when The Print next hits newsstands, Jacob Rees-Mogg’s visit to Queen Mary would be long forgotten. A self-styled “man of the people”, the visit of the controversial MP was the first in recent memory to be cause for such an unmemorable protest.

This old-school, impossibly posh and strangely charismatic Conservative has only increased his public profile in recent years. His character proved an attractive foil on Question Time and Have I Got News For You where Ian Hislop mocked him as “the Honourable Member for the nineteenth century”. Frankie Boyle’s description of him as a “composite figure, drawn from the nightmares of eighteenth century millworkers” was far less flattering.

Rees-Mogg is a vocal Brexiteer who has managed to obtain significant influence among his Conservative peers by becoming chair of the European Research Group and his membership of the Brexit Select Committee. The Conservative Party membership see him as their favourite to replace Theresa May (Betfair are offering odds of 6 to 1). However, Rees-Mogg adamantly denies any desire for the top job as he is a “family man” who incidentally has never changed a nappy and never set foot inside IKEA or Lidl. (Students will be pleased to know that he has graced Wetherspoons with his presence).

The vitality of his eccentricity has helped catapult a minor Tory backbencher to political stardom. He has been quick to capitalise on the opportunities the social media wave has presented. He first tweeted a year ago: “Tempora mutantur, et nos mutamur in illis”. Times change, and we change with them. He now possesses 111,000 followers on the platform (the official QM account has 41,000).  The Facebook page ‘Middle Class Memes for Rees-Moggian Teens’ (with over 52,000 likes) and others like them, gloss over that fact that the object of their affections is fervently anti-abortion and anti-gay marriage (which he attributes to his devout Roman Catholicism).

Therefore, it is perhaps apt that the QM Socialist Worker Student Society first proclaimed their intention to protest Rees-Mogg on Facebook: “This is our campus, and we won’t have politicians who are against the welfare and freedom of our diverse student and staff body…” the society wrote. “Jacob Rees-Mogg is not welcome at Queen Mary as a pro-LGBT, pro-choice and anti-racist campus,” it continued.

This is “our campus” but it is a campus where we (hopefully) are free, tolerant and welcoming. The Socialist Workers are just as entitled to protest the visit of Jacob Rees-Mogg and any other individual that they happen to disagree with, just as much as any individual is entitled to take up an invitation by students or faculty to speak at QM.

As the Society noted, we are a “diverse student and staff body”. Therefore, it is not inconceivable that there are those on campus who favour the views of Rees-Mogg and there are those who believe that the man is a danger to society. Rees-Mogg visited QM in expectation that he would be challenged as to his politics and his personal beliefs. He should be respected if only for the fact that he was willing to participate in such a debate, calmly, eloquently and respectfully. The QM Socialist Workers later branded Rees-Mogg a bigot. He’s not – a bigot would not even show up.

University can all too often be perceived as a left (or even extreme left) wing echo chamber. This should never be the case. University should be a forum in which to challenge the ideas of others and develop our own political and personal philosophies. We should welcome the challenge, even if it means welcoming guests to campus who we disagree with on almost everything.

The primary fault of the QM Socialist Workers’ protest was that they focused on the person rather than his politics. His views on gay marriage or abortion, as unpopular as they are, are of little long-term consequence. Rees-Mogg himself has accepted that the laws regarding either issue are unlikely to ever change.

His employment of his childhood nanny for his own children or the inspired naming of his sixth child ‘Sixtus’ are clickbait. Such widely-known trivialities are white-noise to the political danger presented in the form of Jacob Rees-Mogg.

Focus on the bigger picture:
Why is this minor but characterful MP, who has never held ministerial office now seen as a leading authority on Brexit?

How is a politician, opposed to the over-extension of executive power, content to manipulate the very same power via the shadowy “European Research Group,” threatening a backbench revolt if the Prime Minister does not toe the line?

Why is a ‘hard Brexit’ best? This decision will affect our generation the most.

Can tax cuts be justified when the NHS is at breaking point and schools are underfunded?

Even though unemployment is falling, 63% of children in poverty are in a family where somebody works. Why is this a ‘success’?

With cuts to our armed forces and to police numbers, is our country safe?

How can a “Britain fit for the future” be a more unequal society?

How should we challenge Rees-Mogg or any politician?

Flippant questioning is futile. Placard protests and personal attacks are demonstrations of anger that are easily ignored.

Firstly, give politicians a platform to speak. Politicians exist to be challenged but for any challenge to be effective, they must be heard first. Secondly, listen attentively to their arguments. Take note of their reasoning. Be aware of the wider contexts, of both the evidence they have used and have chosen to omit. Then, take them apart. Ask intelligent questions and raise evidence-based counter arguments and provide alternative solutions.

Healthy debates that provide intelligent alternatives are demonstrations of intellect that, at the end of the day, best represent why we are here at university.