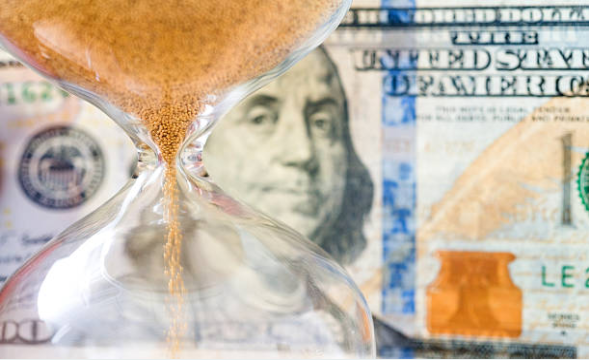 Time’s Up, and her lesser-known Hispanic counterparts

It is awards season in the movie industry, and the Hollywood publicity machine is officially in action. The press have been shrewd enough to highlight the current ‘hot topic’ which has engulfed movie stars and politicians alike: sexual assaults, harassment and inequality. Although it is an age-old issue, it is now grabbing headlines as the film industry prepares for the Oscars in February.

After last week’s Golden Globes, by now you’ll probably be familiar with the Time’s Up campaign. Born of the Harvey Weinstein scandal and the #metoo movement, the Time’s Up website tagline reads ‘The clock has run out on sexual assault, harassment and inequality in the workplace. It’s time to do something about it’. The unofficial (yet official) launch of the campaign was #whywewearblack, an act of solidarity in which all but three attendees of the award ceremony, were dressed in black and many sported Time’s Up pins.

As well as this, several celebrities brought with them female activists. Emma Watson walked the red carpet with Marai Larasi – the executive director of Imkaan, an organisation that campaigns against the violence against black, minority ethnic and refugee women. Similarly, Michelle Williams brought the founder of #metoo – Tarana Burke, who is also the senior director of Girls for Gender Equity.

In amongst all the social justice, feminism, and sisterhood, it is hard to ignore how suddenly these issues have come to the media forefront, in contrast to a few months ago when they were somewhat peripheral. Whilst my intention is not to undermine the cause, one has to acknowledge that the only reason these issues are such a hot topic is perhaps because they’re set in the flashy world of Hollywood.

In a recent interview with the BBC, Harvey Weinstein’s former assistant, Zelda Perkins, succinctly put it: “The reason that this story has captured everyone’s imagination is because it involves glamorous, famous people; and because if you were trying to paint a fantasy monster, Harvey fits the bill perfectly, so it’s the perfect media storm.”

It seems that high-profile cases of famous women are the only ones that will sell to the public, and therefore the only stories worthy of airtime and public concern. Why is it that we only take notice of Ai-jen Poo, the director of the National Domestic Workers Alliance and co-director of the Caring Across Generations Campaign, when Meryl Streep is exhibiting her on the red carpet? Why, after 10 years of relentless campaigning, does Tarana Burke’s work only receive global recognition when Alyssa Milano brought #metoo to the world’s attention? It seems the majority of the media only sits up and listens when it’s a famous, beautiful, white woman telling them what the problem is.

Whilst we are moving in the right direction, we still have a long way to go with women’s rights issues. I am still compelled to ask where the media attention is for equally, if not more, serious movements in Latin America. Movements such as Ni Una Menos (Not One Woman Less) or No Más (No More) are campaigns that fight against, and bring awareness to the high level of femicides and acts of violence against women in Hispanic countries. In Ciudad Juárez alone, a city in northern Mexico, an estimated 1500 women and girls have disappeared since 1990.

Although issues such as this are being tackled and are gaining recognition, these campaigns are up against government impunity and lack of recognition, funding, and general support. When the Cardinal of Guadalajara, a city seriously affected by these issues, is quoted saying ‘The women themselves are the reason femicides happen’, it is easy to determine the obstacles these women face. Whilst these issues do receive some media attention from mainly Hispanic companies, the Western media’s lack of reporting on these problems needs to change.

The negativity I have expressed is subsided by the self-awareness many of these celebrities have. These women understand the magnitude of the platform they have, and they are utilising their media attention and social media presence to nudge the public’s gaze in the right direction.