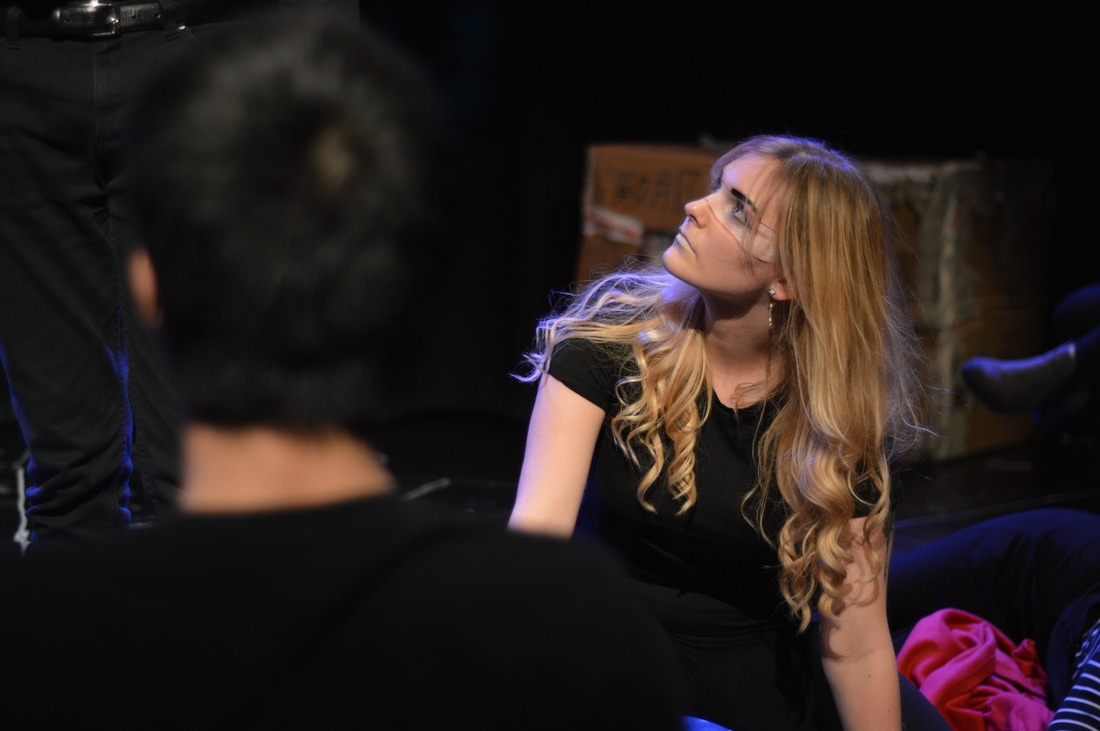 By Daniella Harrison on 6th February 2018

Although April is widely considered as the month of Shakespeare – due to this being the month he both was born and died in – February is the month which Queen Mary Theatre Company dedicates to the Bard.

Putting on eight performance festivals a year, including taking shows to the world-renowned Edinburgh Fringe, and boasting over 200 members, Queen Mary Theatre Company (QMTC) is Queen Mary’s largest society dedicated to creating and celebrating quality theatre. Every year, the company produce a festival of work which is inspired by William Shakespeare, but this year, we’re doing things a little differently.

In addition to producing our usual pair of fantastic productions, we are collaborating with Queen Mary Shakespeare Society to host some fantastic events which tie into the festival, including a talk and film screening. Shakespeare Society is currently in its second year, and specialises in events related to Shakespeare and his contemporaries. Just this year, they’ve taken a trip to the Globe, hosted a talk about Hamlet, and performed a sell-out production of The Taming of the Shrew.

So – what’s coming up? Well, to kick off the month’s events, we have a social which not only launches the festival, but welcomes back old members as well as new. Whether you’re an associate student, someone who wasn’t involved last semester, or an avid fan of Shakespeare, this is the perfect opportunity to come along, meet the societies, and find out what else is happening this semester. Of course, the night will involve drinks and nibbles, followed by a good old boogie at Monday’s Calling if you so wish. Full details are TBC!

Next up, the ShakeSoc are hosting a film screening of the 2012 production of Twelfth Night starring Stephen Fry in the Alfred Hitchcock Cinema on the 1st of February. Following this, both societies are collaborating on a Platform event (7th February) which sees directors of QMTC’s productions discussing their approach to Shakespeare and his relevance within theatre today. The discussion aims to be an open one and encourages everyone to participate if they so wish. As well as talks, there will be film clips and scene readings to make for an informed and entertaining discussion.

On the 9th of February both societies join together for an evening of revels in the Pinter Studio for the second ‘Night of Mechanicals’ event. The event has anyone who would like to come forward as directors staging a short scene from Shakespeare on the night with a group of actors (again, chosen from those who attend the evening) in a short space of time. The event was highly successful and great fun last year, and is a great way to meet people or try your hand at directing if you’ve never done so before!

Of course, the big finale of the month are the performances themselves. Taking place over the 17th and 18th of February, audience members will see two fantastic productions: Stoppard’s Rosencrantz and Guildenstern are Dead, directed by second-year student Rachel Jermy, and Don Lear, directed by third years Eloina Haines and Chris Field. Both performances are set to be brilliant, bold, and a celebration of the theatrical afterlife of Shakespeare, as neither of the productions are Shakespeare’s original texts.

In addition to this, for the first time in recent QMTC history, we have commissioned three live art pieces. These pieces will be less theatrically traditional, and stretch the boundaries of what can be considered of a performance in some way, as well as using Shakespeare as a stimulus in some way.

As you have read, there are loads of exciting events and performances taking place over the course of the month, and we welcome anyone and everyone to join in – whether that be to participate in platform event, direct a short scene, or to simply be an attentive audience member. We are really looking forward to all of these events, and can’t wait to meet everyone!

For more details of the QMTC/QMS Shakespeare Festival, visit our website for details.

Image: ‘The Tempest’, taken by Dani Harvey at the Shakespeare Festival 2017