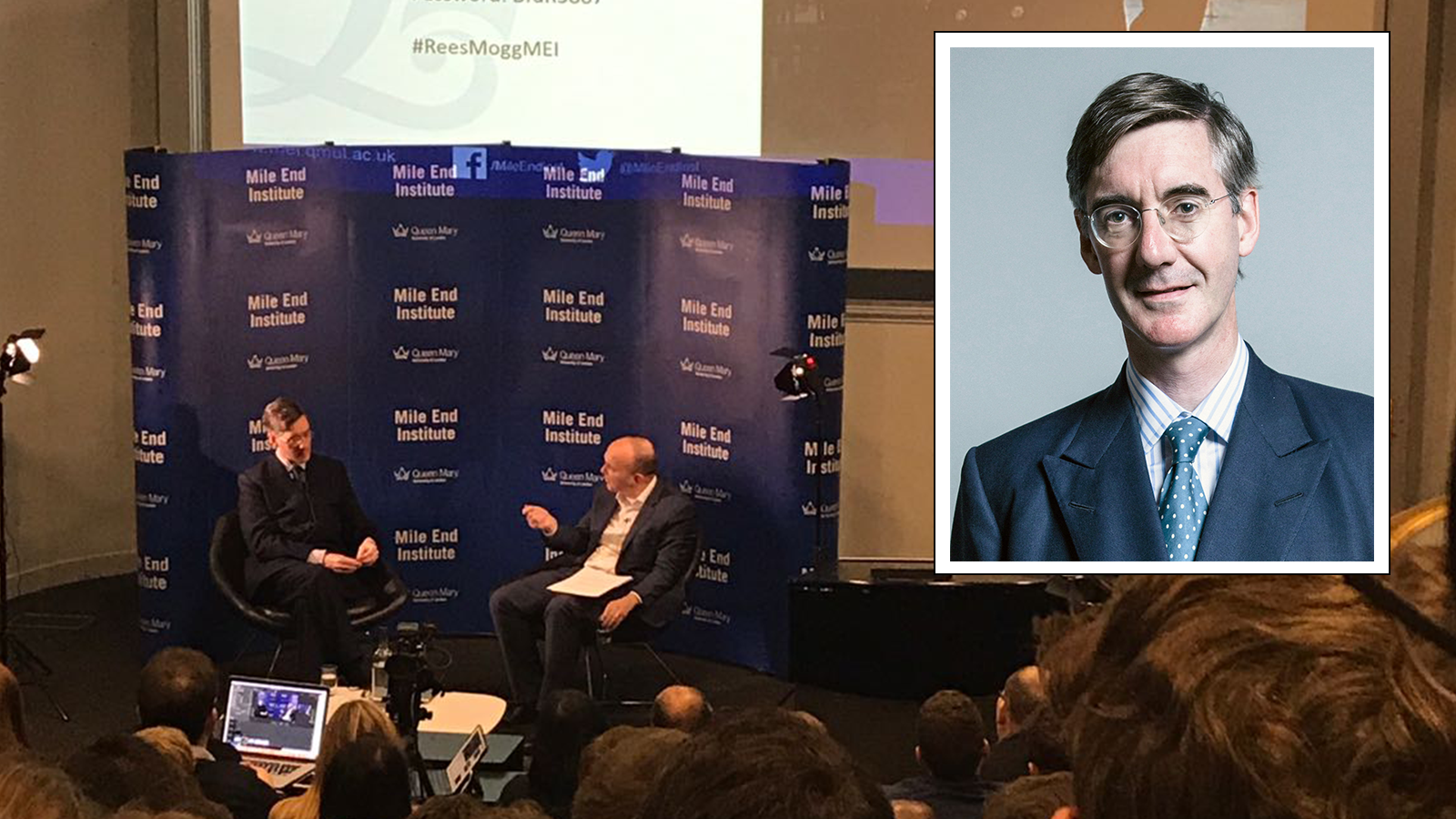 Pundits on the right of politics were left stunned this evening as free speech was allowed on a university campus.

An individual, who wasn’t a member of the remoaning, cosmopolitan, liberal, metropolitan elite, was invited to talk at Queen Mary, albeit only for 90 minutes (a sign of QM’s left leaning bias maybe? #BiasBBCQM).

Jacob Rees-Mogg, founder of ‘Moggentum’, successor to Theresa May, and Member of Parliament for the year 1854, was permitted to open his mouth and produce sounds for others to hear.

Sebastian, proud (and only) member of Activate UK told The Print, “I had no idea how this happened. It’s hard to comprehend that honest and fair political commentators like Rod Liddle, Fergus Kelly, and Camilla Tominey would mislead me with sensationalised talk of students opposing everything, just because it posed as a good narrative to sell newspapers to grandparents. I’m flabbergasted!”

Can we say students are killing fish and chips?

The newly founded Office for Students is claiming this as a departmental victory. Toby Young, an ex-member, weighed in, “The fact a right-wing speaker was allowed at Queen Mary is an even bigger deal than Danny Boyle’s wife’s knockers.”

Editors at the Sun, Mail, and Express were reportedly disgusted and outraged that they could not write utter tosh about students opposing free speech and recoiled at the prospect of needing to find another angle to attack students.

One journalist was reportedly caught rocking back and forth in the corner of News International’s offices ranting, “What about the seaside? What about the motorway? Can we say students are killing fish and chips? Will our readers like that instead?”

The state visit to Queen Mary wasn’t completely without hindrance though. One left-leaning society held a prominent campaign whereby over five posters were stuck up on lamp posts outside the university strongly opposing something or other.

There were some who thought that Mr Rees-Mogg should have been “no platformed” because of his previous comments regarding rape and abortion. Others argued that he should be offered a platform, but that platform should include a large trapdoor into to a pool of angry alligators and acid.

If the Moggster was banned from speaking at QM, it would have stopped anyone from siding with his views (or any non-socialist views, for that matter) because that’s just how things work, isn’t it.

Reflecting on the event, a headline writer at The Express told The Print, “Now we’ve learnt students actually don’t mind freedom of speech, whatever next? Is it going to turn out that multinational corporations don’t actually have society’s best interests at heart? Or worse yet, migrants aren’t actually a strain on the UK’s economy? Pah!” The journalist chortled, took a puff of his pipe, and turned back around to his typewriter.