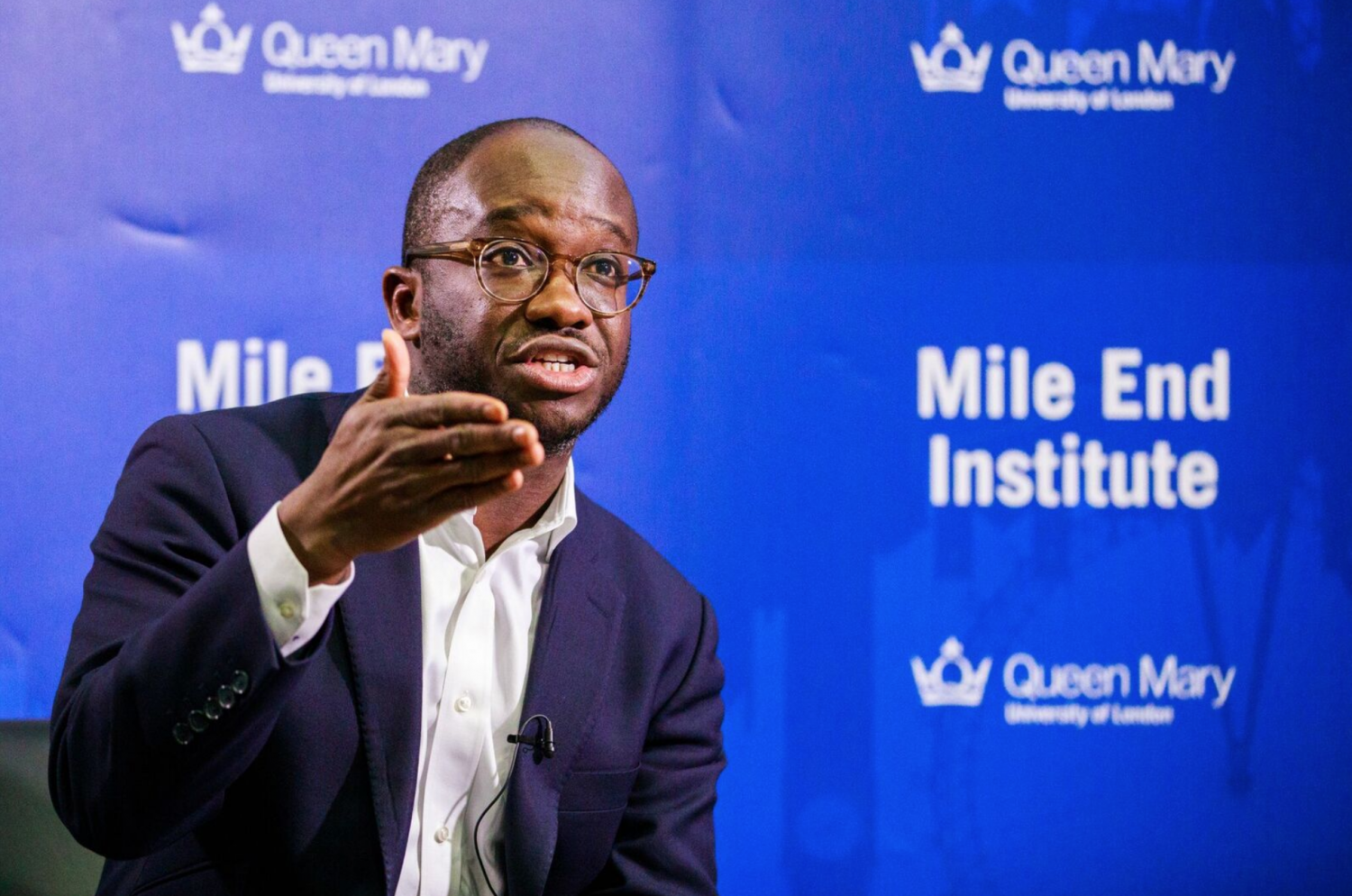 By Gracie Browning on 9th February 2018

After only one week in the job, Universities Minister, Sam Gyimah, says he recognises the challenges students face today and wants to listen to students in order to solve them.

Speaking to Professor Philip Cowley at the Mile End Institute in January, newly appointed Universities Minister, Sam Gyimah, said that there would be a review of University tuition fees.

Gyimah clarified that tuition fee reduction was not on the table as this would mostly benefit higher earners who end up paying less of their student loan back. However, he mentioned proposals for helping students financially without giving too much detail away. He talked about ideas, such as a freeze on fees and increasing the age students start paying their fees back from 21 to 25. Gyimah did not give a date for this review.

Teaching staff are also a focus of Gyimah’s attention. He emphasised that he wishes to know more and hear more opinions before he decides on policy regarding universities in his new role.

Gyimah made clear his intentions to listen to students about what may help them financially. He expressed outrage at the idea that some accommodation requires students to pay a year upfront. Gyimah estimated accommodation in London cost students around £6000 a year, raising concerns that he does not fully realise the potential financial burden on students; this figure is much lower than the average cost for most London students.

Gyimah praised Queen Mary as 42% of our students are the first in their family to attend university. He also commended Queen Mary’s diversity of students as a whole.

When asked by an audience member about Oxbridge’s low ethnic minority student population, Gyimah spoke of how they do not consciously discriminate but value excellence very highly. Rather than implementing quotas, Gyimah thought that teaching applicants the ‘rules of the game’ and preparing them for their applications is a better way to even out this issue.

Also mentioned were plans of a more formal tour of universities to allow him to hear from students.

A big issue of debate was the mental health of students. Gyimah discussed how the university experience could be the reason for increasing levels of mental health issues in the student population and wants this to be looked into and addressed. Within this, he mentioned the role of social media today and thinks social media companies should do more to take responsibility for the mental strain that they cause.

Gyimah spoke further about the need to continue encouraging working class young people to continue with education, even if in apprenticeships rather than university. He recognised the need for other routes into careers for those who do not want to go to university, speaking of apprenticeships particularly fondly; a limit should not be put onto any young person’s aspirations.

Social mobility was an important point for the minister, a theme that will probably continue throughout Gyimah’s time in this position. University, according to Gyimah, is no longer just a “privileged path,” and the education system needs to cater for this.

Free speech was also discussed as Gyimah thinks the experience of attending University “should be an assault on the senses.” He suggested new experiences and meeting people with different perspectives should be encouraged.

Within his priorities for universities policy, he stressed the need for “transparency” to allow students to have real choice, get value for their money, maximise the efficiency of contact time and to maximise job opportunities.

Women in science was a key area of interest which an audience member spoke up about. Gyimah responded by saying he recognises the need for an increase in female academics within the scientific field and that this will be an important aspect to be addressed. Gyimah also made it clear that he recognises the value of the arts and humanities and the need for continued research and development in all fields at universities.

When Professor Cowley asked what advice Gyimah may have for young people looking to work in a political career, he again mentioned social media, stating that if you want to work in politics, anything you put on social media you should be able to stand by in ten or fifteen years’ time. Moreover, he mentioned not to look at someone and try to mimic their routes into political careers, but to find some issue you have a burning conviction about and to follow where it takes you, as there are endless routes into the field.

Gyimah mentioned how his mother was his role model and pushed him to further his education as much as possible, ending up at the University of Oxford with which he is still closely affiliated. He claimed that he and his family did not have more than a casual interest in current affairs when he was growing up, hence he did not really have political role models. However, he now admires Abraham Lincoln’s ability to deliver for his country and Margaret Thatcher’s strength of mind.

Overall, it seemed Gyimah provided a sensible and honest approach to his first visit to a university since his appointment as Universities Minister. He was open to opinion, suggestions and criticism. Although he did not claim to have an immediate solution to all student issues, he wants to build policy based on what students and staff think.

The full interview can be viewed on the QMUL Official YouTube channel.