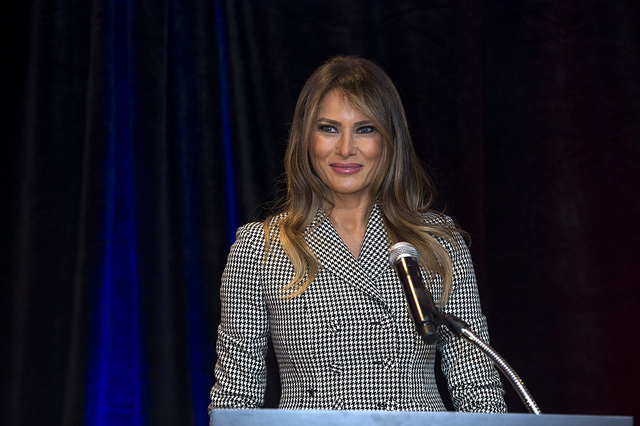 By Katherine Butterfield on 17th February 2018

United States First Lady, Melania Trump, exhibited her little-known talent for architecture after her unfinished White House escape tunnel was discovered before the big reveal. The Secret Service discovered the tunnel late on Thursday, which we are told was exquisitely dug out by Barron and Melania Trump over the last six months.

Before becoming a model, Melania first began studying architecture at University in Slovenia – a fact unknown to most –  before being scouted for her natural good looks. We’ve no doubt that her background in architecture definitely inspired this bold style choice!

An unnamed source has given us the hot goss on exactly how she pulled off what is sure to be this spring’s hottest home-improvement trend. “She and Barron would sneak into the basement when the President retreated for his 6pm cheeseburger. She was usually pretty safe, as he’d become entranced with the pictures on the TV screens and lay dormant until morning. The entrance to the tunnel was hidden at the back of the White House bowling alley – right at the end of the lane. You had to hit a strike to trigger a mechanism. Really impressive stuff. Anyway, the tunnel stretched almost to the Chipotle on Massachusetts Avenue – that’s about 2 miles covered!”

Unfortunately Melania was found out after Ivanka correctly deduced that the brown on her step mother’s cheek wasn’t just her usual Marc Jacobs O! Mega Bronze Perfect Tan Tantric bronzer (£35, Boots), but the mud from the previous night’s tunnelling sesh! The surprise was ruined, and the Secret Service quickly found her late night hobby.

Fashionistas have praised not only Melania’s strong show of independence in this move, but also the style of the tunnel itself. “This is clearly the late noughties inspired Mexicana motif” claimed one critic, “she’s pulled off the rustic, escapee look with effortless charm, and I fully believe this could become a craze amongst suburban designers.”

Another wrote, “she emerges from the tunnel, covered in dirt, and we see her brought screaming and struggling to the hands of her hubby – oh it’s so mode”.