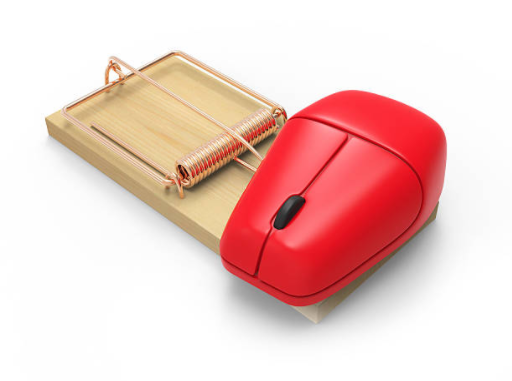 Logan Paul is a problem. YouTube is a bigger one.

By Rebecca Billis on 6th February 2018

A new year is symbolic of many things: fresh starts, new goals and reflection. However, I feel that 2018 has already demanded our consideration around an on-going and unavoidable issue: morality in the modern world, especially surrounding our ever-developing technology.

On the 31st December, a YouTube creator named Logan Paul uploaded a video to YouTube. The focal point of the footage was a dead man. The ‘vlog’ was a documentation of he and his friend’s exploration around Japan’s Suicide forest, Aokigahara, located on the northwestern base of Mount Fuji. Not only does this breach many of the website’s censorship rules, but it also displayed a huge lapse in ethical judgement. Although only aged 21, Logan Paul’s following is vast, reaching over 15,000,000 people, many of these being young teenagers.

I, like many, strongly disagree with Paul’s actions. I believe that transforming another’s suffering into video content is undoubtedly immoral. However, a larger issue stems beyond this single creator, and reveals the flaws in YouTube as both a platform and a company. Personally, the most shocking fact about this case was the video’s promotion. The video was accessible for over 24 hours, without any age restrictions and accumulating millions of views before Paul removed it himself.

Not only was it available on the website, but it was actually featured on January 1st’s trending page, thereby expanding its reach and revenue. It is estimated by analytical sources that through the use of adverts, the YouTuber may have earned over $4,000 from this video alone. Consequently, this story represents a much larger question, one that incorporates (de)monetisation, censorship and content: what does it take win at YouTube?

The best place to begin is with the algorithms. These illusive computerised processes determine which channels and videos are promoted to viewers by evaluating their watching history. This is a seemingly harmless and efficient way to introduce new content and influencers to viewers. However, these systems are not fine-tuned; they prioritise promotion to videos which keep viewers engaged for the longest watch time. The quality of the content becomes redundant and quantity reigns as the determining factor of a channel’s success.

Consequently, creators, such as Logan and Jake Paul, have to keep upping the shock factor of their videos in order to keep their expectant viewers engaged, making ‘prank’ videos which border more on manipulative than humorous. For example, Logan’s ‘FAKING MY OWN DEATH PRANK *crazy reaction!*’ posted in March 2017. In this video, the YouTuber pretended to be violently murdered in front of some of his loyal subscribers, the ‘logang’, a group of pre-teens who were on the balcony opposite his apartment.

Although received by his followers with laughs and smiles after releasing their idol was subjecting them to an elaborate scheme, videos like this raise the issue of responsibility. Whose duty is it to ensure that online content is age appropriate and morally conscious? Is it the creator’s? YouTube’s? The government’s? Or all three?

This clickbait method, shocking yet captivating, allows the loud and brash to succeed, leaving more nuanced or subtle creators unprompted. I’m not suggesting that this is universally the case. In fact, many large channels called out Paul’s behaviour in the form of responsive videos, using the opportunity to prove that the online community cannot be defined by the actions of a few. Paul refers to the man’s discovery in the video as ‘a moment in YouTube history’. Nathan Zed, a YouTuber and clothing entrepreneur, responded to this by saying: ‘You’re sensationalising it. You’re exploiting the end of this man’s life just so you could have something interesting to post for that day’.

It causes serious issues to become content, removing the sincerity and empathy required when approaching grave subjects, such as suicide. Put simply, it commodifies people. This egocentric attitude should not be celebrated, promoted and funded by large platforms, such as YouTube; it will continue to teach younger generations that others’ sufferings, sincere experiences, cultures and histories are available sources of profit.

Some believe that Paul’s behaviours have been overlooked by the company on account of him being their ‘poster boy’. They have obviously pumped significant amounts of money into him as a brand and to publicly and justly punish his actions would not only be detrimental to his channel, but YouTube as a business.

Although the company did release a statement, for many it was way too late. The response was formatted through a chain of tweets including the quote: ‘We expect more of the creators who build their community on YouTube, as we’re sure you do too. The channel violated our community guidelines, we acted accordingly, and we are looking at further consequences’.

In response, news YouTuber, Philip Defranco, replied: ‘YouTube, I am so tired of defending you. You are given one of the easiest situations, a singular, obvious, in-front-of-everyone situation. You acted accordingly… Is that in reference to you not removing the video, not age gating the video, doing nothing, letting the video stay on top trending … which one of those things was YouTube acting accordingly?’. A question which many of us are left with, waiting and hoping that the worst predictions don’t continue to play out before us.

Want to hear more about Youtube ethics? Check out our latest podcast!