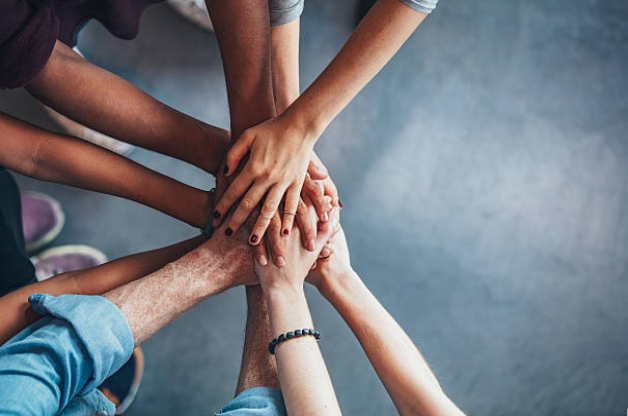 Sadhvi: It’s difficult to talk about race as someone has to take the schtick and admit they’re doing something wrong. #PoCInAcademia

It is hard to believe that the Decolonise QMUL society only started last October. The society has already generated an impressive degree of student interest and been successfully working alongside departments to incite tangible change within Queen Mary. The Print recently sat down with the head of Decolonise QM, Nadia Yahya Hafedh, to discuss the origins of the group and what sets this society apart from the other societies on campus.

Nadia charts Decolonise QM to when she, Dushant Patel, and current SU president Yasir Yeahia were asked by a postgraduate researcher about their experiences as BME students in Queen Mary. It is only after they were asked to detail their experiences that these students realised they could use these building frustrations as motivation to seek real and lasting change in the university.

Nadia and Yasir spent time starting conversations with the university while Dushant set up the Decolonise QM society. The society quickly snowballed from a few passionate students to a larger group of determined and eloquent committee members who have already seen encouraging changes to the curriculum.

Decolonise QM stands out from the average society. Rather than uniting students around a common interest, Decolonise unifies students through the pursuit of diversity. Nadia admitted to not perceiving a discernible end-goal for the society – this is understandable as, practically speaking, true diversity is not easily attainable. Instead, the society is focused on taking noticeable steps in the desire to fight systemic oppression within the university, this includes establishing a more diversified staff and curriculum.

Nadia repeatedly referenced the ‘insidious’ nature of racial inequality in our discussion, and expressed her frustration at higher education’s general unwillingness to tackle the ‘all-pervasive’ presence of racial inequality in society. She used the example of the university’s insistence on holding alcohol-fuelled official events despite the large numbers of Muslim students on campus as proof of the non-inclusive attitude of the university.

Decolonise QM faces racial inequality head-on, endeavouring to encourage conversation between the staff and students. Through this conversation, the society wants to ensure that actions are made to establish Queen Mary as ‘a diverse and inclusive space both socially and academically’.

Hesham: The relationship between the student and staff is quite colonial in itself in that it is the powerful and powerless. Students should be able to resist and teachers should shut up and listen at times. #PoCInAcademia

Nadia wants to distance herself from the ‘aggressive and divisive’ rhetoric typically associated with the term decolonise. Instead, she claims that Decolonise QM is an action-based, inclusive society which fundamentally resists ‘the narrative of living in a post-race society’.

When we asked her about the role of white people in a rightfully BME-focused society, Nadia reminded us that Decolonise is, as their official description says, a ‘society aiming to unite marginalised groups of all kinds (be that by gender, ethnicity, religion, disability or sexuality)’.

Furthermore, Nadia argued that the systems which oppress people of colour are the systems which oppress all of us. Decolonise fights these structures of oppression by campaigning for a more inclusive curriculum. From Nadia’s perspective a more expansive academia which explores the full, contextualised history of colonialism, is a more rigorous and beneficial academia for everyone. With this hopefully more inclusive curriculum, students who have felt ostracized will feel heard and the neglected stories of people of colour will be effectively taught.

Nadia expressed her excitement to us about the prospective events Decolonise will be hosting. While there are many events yet to be publicised, Decolonise will be hosting department specific meetings for students to work alongside staff to diversify their teaching. Nadia admitted that it was still early days for Decolonise QM, but her enthusiasm for the society shone through her thought-provoking answers to our questions. Decolonise appears to be a hopeful movement in the midst of students’ general inability to change the status quo.

In speaking with The Print, Decolonise QM stated that “the purpose of Reclaim Our Space week was to make our presence known on campus through a variety of events which show what we’re trying to achieve, as well as engaging both students and staff to effect long term changes. Whilst we are fairly well known to staff, we wanted to engage more students to empower them to join us and have conversations in their schools with our help.”

Decolonise QM participated in a joint panel with QM Against Prevent on the Prevent strategy, the government’s counter-extremism strategy which critics say targets Muslim students and curtails academic expression. The society also held a discussion on the experience of people of colour in academia. Dr Sadhvi Dar from the School of Business and Management, Geography lecturer Dr Azeezat Johnson, and Hesham Adelbary, PhD candidate in the Politics department spoke about the challenges they have come up against: “There’s a lack of interest in discussing academia as a space with borders of knowledge, where we choose what to bring into the classroom and what we leave out.”

The society is hoping to continue discussions and panels with different schools this year, by setting up meetings and working groups to tackle specific issues. Upcoming events include discussions with staff from the History and Languages, Linguistics and Film departments to discuss the diversity of the curriculum and the role of race and ethnicity in the academic environment.

“We’d encourage students to get in touch if they would like to have similar conversations in their schools, especially as staff are now more receptive to these discussions”.