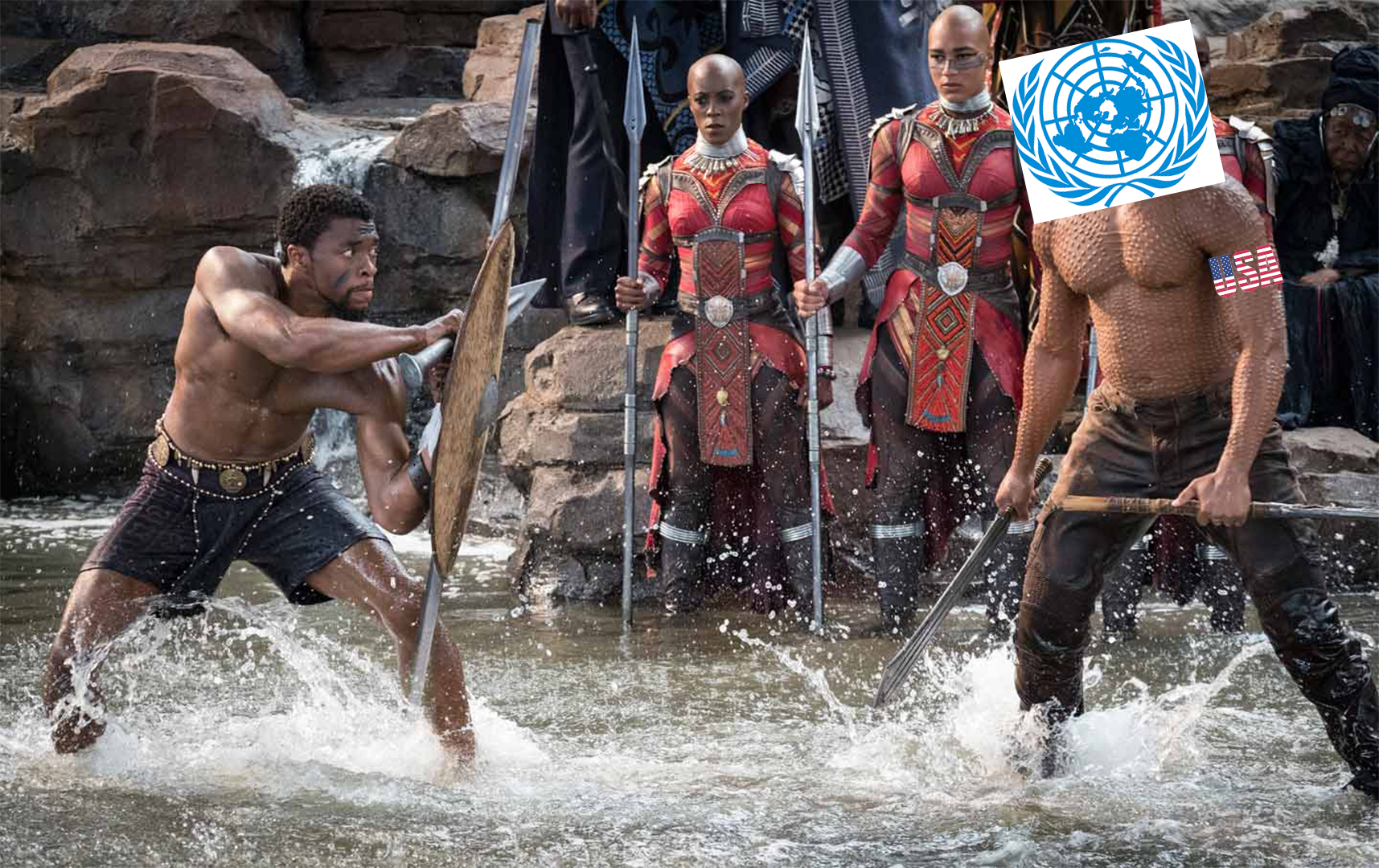 By Katherine Butterfield on 25th February 2018

“A third world country rich in natural resources?” said the US ambassador to the UN, “boy, we’re gonna have a fucking ball with this one”.

After Wakanda has been saved and the King’s cousin failed to start a global race war, the final scenes of Black Panther show King T’Challa revealing Wakanda’s true power to the world at the UN.

The second instalment in the franchise reportedly follows T’Challa’s struggle against Western powers after Wakanda is labelled an illiberal state by the US and promptly invaded.

Below is a summary of the film, released by Disney today:

As his country is torn apart by both an invasion and a CIA backed coup, T’Challa must rally his forces to make sure Wakanda does not turn into yet another site of exploitation by the neoliberal world order.

Whilst the insurgency is going on, he must also ensure that his country’s highly valuable natural resource, vibranium, is not a victim of neoliberal trade policies led by transnational corporations and global and multilateral institutions. After a corporate lawsuit claiming unfair control, Wakanda’s state is forced to break up its monopoly of vibranium mining, thus losing the state’s primary source of revenue.

As Wakanda’s state racks up larger and larger deficits, it is forced to take a loan from the IMF conditional on the Wakanda taking steps favourable to the US and its corporations, but detrimental to Wakanda’s own economy. Essential state provisions fail and the country falls further into destitution as fiscal and monetary policies are constricted by the conditions of the loan. However, vibranium is now a widely available metal, and middle class families all across the globe can now have vibranium teeth, vibranium hip replacements and vibranium plated phone cases.

After T’Challa ends the invasion of his country and manages to cull the coup against him, he reportedly declares “My cousin was right. Fuck them all.”

The next 20 minutes of the film is reportedly Wakanda inciting a global war against the neoliberal world order.

Disney released a statement on the film, “Race wars are an important part of black identity, and we as a corporation are definitely willing to profit from this.”