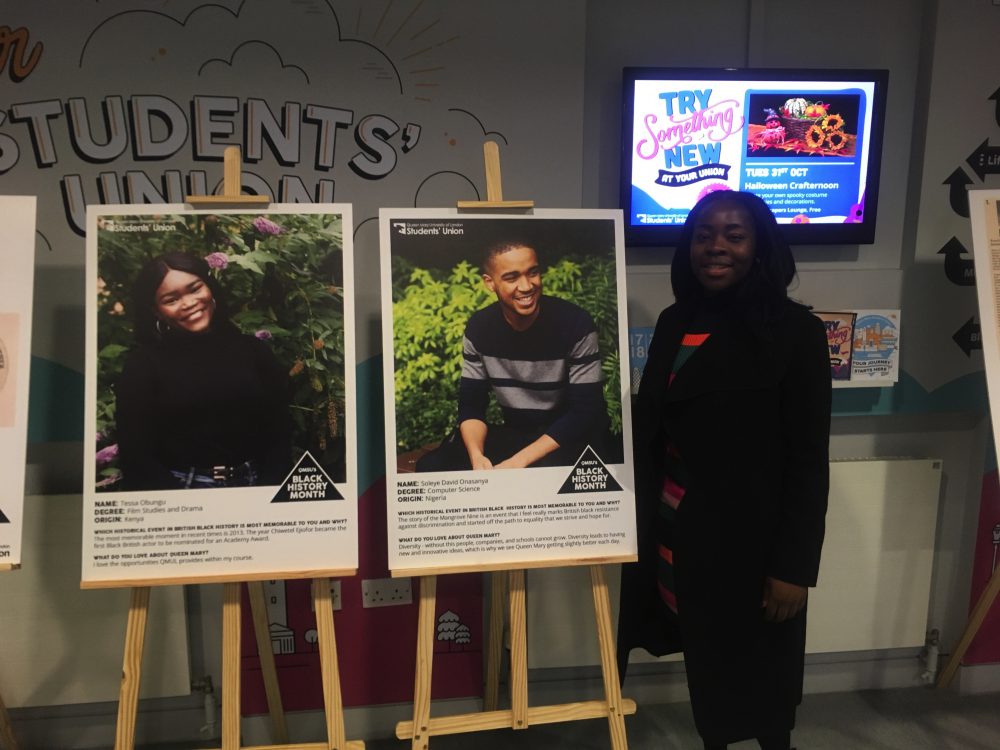 October marked the 30th anniversary of Black History Month in the UK. During this month, Queen Mary proudly came to together to celebrate diversity, culture and inclusivity. Staff and students all united to do their bit in highlighting the history, culture and contributions from people of African and Caribbean descent.

October saw a wide range of events to mark Black History Month; from film reviews to debates and parties. Noteworthy events included the screening of Oscar nominated Hidden Figures, which was organised by the faculty of Science and Engineering. The film shines a light on the incredible work done by women of African and Caribbean descent in NASA operations.

Similarly, the School of Politics and International Relations held a screening of the documentary, The Upright Man to showcase the political innovation of Thomas Sankara, the former president of Burkina Faso.

The School of Business Management also got involved in the action by hosting a ‘long table’ open discussion to support students of a black and minority ethnic background with their future career prospects. The number of different schools involved in Black History Month highlights the readiness of staff and students to do their bit, and to celebrate the significant contributions from people of African and Caribbean descent.

Other noteworthy events held throughout the month include a BHM Dance party held on the Whitechapel campus, and a series of talks on race equality.

The desire to celebrate Black History Month was not only limited to the walls of Queen Mary, however. The local council, Tower Hamlets, also held a wide range of events to celebrate the month. More can be found on their website.

The success of the month can be argued to not have been possible without the dedication and passion of Mary Ojo, Vice President for Education. Ms Ojo, however, attributes a large proportion of the success to involvement of several societies such as African and Caribbean Society, Pan African Society, Decolonising QMUL, Unite and Equip Africa. She also remarks that success was held in the movement being run like a campaign, stating:

‘BHM was successful because it was a campaign. I organised it aligned with union aims and based on union research. Consequently, I had a goal and that was key. If I didn’t establish why I was running BHM from the very beginning, it would have been difficult to pull it all off’.

To ensure similar events are held for future students, Ms Ojo is working on a motion to pass through student council; this will ensure that it is union policy to organise a Black History Month campaign every year. With this in mind, Ms Ojo hopes next year events can beat the success of this year.