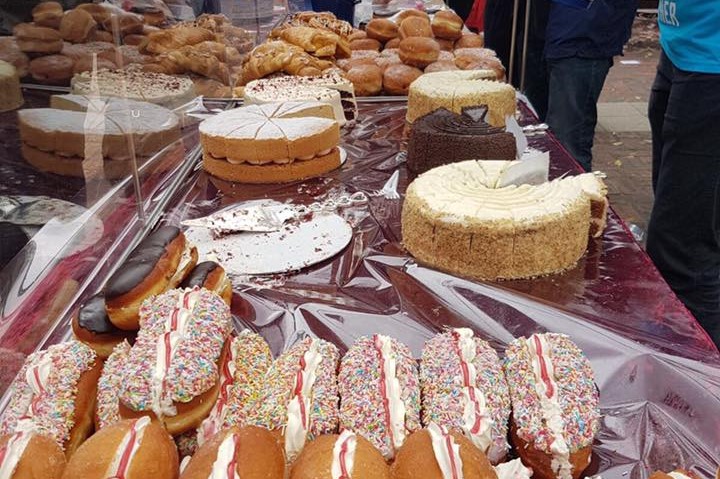 When deciding whether to sell cupcakes for £3 feels like the most painstaking decision ever, that can only mean one thing!

Queen Mary Islamic Society (ISoc) and Barts Muslim Medics and Dentists (MMD), participated in the annual Charity Week: a global initiative where universities and college Islamic societies dedicate a week to raising money for orphans and the needy around the globe. Last year, we raised a total of £62,000 and placed 3rd internationally, and this year brought new and exciting achievements and events.

From the 17th to the 29th October, ISoc hosted multiple events, from ‘Overcoming Obstacles’, a talk that explored the issue of mental health in the Muslim community, to the Food Festival where students enlightened their taste buds by trying different international cuisines.

Other events included a beginner’s calligraphy class, to physical challenges like climbing Scafell Pike and hiking in Hastings. A range of activities were organised to cater for the diverse needs of students on campus, maintaining a key ethos of the ISoc.

“The purpose of the Islamic Society is to enhance the student experience of Muslims on campus, empowering students to embrace their identity and become positive, active and influential members of society”, said ISoc’s President.

Particular highlights this year was auctioning a cake at £8000 at the ‘Big Event’ dinner and breaking a new record by beating Kings’ College London and placing 2nd amongst the London universities behind UCL, raising £63,108.27 in total.

Allah (God) says in the Quran, the holy book for Muslims: ‘’Be a community that calls for what is good, urges what is right and forbids what is wrong: those who do this are the successful ones” (3:104)

Thus, success is never restricted to events or the amount raised, but the feeling of unity among students on campus working together for a greater goal: to make an impact on the world around them. Witnessing returning and new students of different ages, races and ethnicities baking, cooking or simply attending events brings a joy like no other. This is when students are no longer just students, but active citizens who are changing and transforming society and engaging with their communities for the better.

And that’s what Charity Week is about: sacrificing your today so that someone across the world can have their tomorrow. Whether you decide to shave your hair, bake, do bucket collections or drink a milkshake made of peculiar ingredients, a child has the chance to go to school because of your efforts.

It is through this week and uniting under one cause that we create hope, love, security and a sense of belonging to orphans and the needy around the world.

We hope God accepts all that we do, and we encourage other students to get involved in next year’s Charity Week!

Keep up with the Charity Week team on Facebook