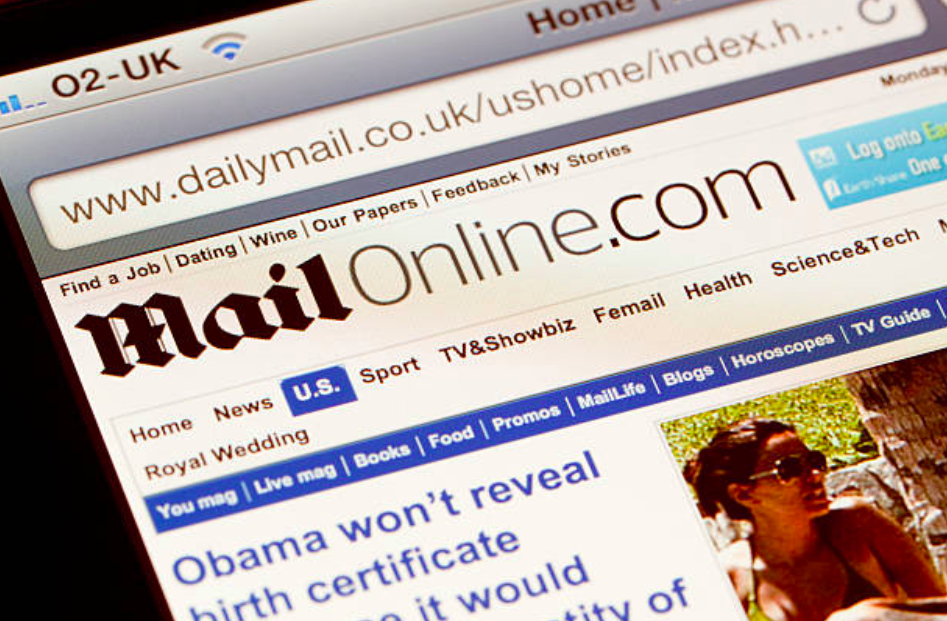 In an age of ever increasing social media use, the means of spreading news and stories is being redefined. Consequently, content which goes ‘viral’ on platforms such as Twitter and Facebook is gradually being seen as more significant by newspapers, and they’re keen to get their hands on whatever footage they can, as quickly as they can.

Alas, this doesn’t always mean that they have the rights to the material that they’re publishing.

October 22nd saw BBC Radio 1 take over the SSE Wembley Arena for their annual Teen Awards – a show designed to celebrate the achievements of several young people branded as ‘teen heroes’ who have done incredibly inspirational things, and packed full of performances from the biggest names in pop music and teen culture. (Admittedly it is also a show designed for an audience of 14 to 17-year-olds, so I can confirm that there are advantages to being the person who always gets asked for ID).

One of the celebrities lined up to present an award was none other than the queen of the meme (pronounced: mem-ay), Miss Gemma Collins of ‘The Only Way Is Essex’.

If eduroam’s poor service meant that you were unable to see the entertainment headlines, then you may have missed that the ‘GC’ fell off the stage after announcing the winners of the ‘Best TV Show’ (spoiler alert: that guy from the Blazin’ Squad was ready to collect the award).

Living up to the stereotype of blogging millennials, as soon as Collins had taken to the stage I was poised and ready to film her ‘Hello Wembley!’ moment, completely unaware that I’d be the one to capture the Daily Mail’s desired footage.

After having regained composure following the reality star’s not-so-graceful fall, I took to Twitter to share the video and soon had notifications for several hundred retweets, likes and replies. Sandwiched in-between many replies from people declaring their love for Collins I saw a reply from the MailOnline’s video account asking if they could use the footage on their website’s player, to which I said no by virtue of significant differences in opinion with the said ‘news’ provider and their promoted agenda.

I swiftly received a reply offering £50 to licence the video and stating that the article would have a hyperlink back to my account (I’m pretty happy with how my follower count is doing without the help of promotion from the Daily Mail).

The paper was presumably hoping that I would fail to realise that they had already been using my footage before asking my permission, as well as after I had declined the right for them to use it, on their article – which also happened to be the first result on Google if you searched ‘Gemma Collins’.

Once I was alerted to the misuse of my footage, I highlighted their infringing of copyright and asked for the video to be removed instantly, as well as requesting a £50 donation to the charity ‘Help Refugees’. If they possess that money to spare to licence videos then surely they have £50 to give to charity (which they most certainly do).

This reply was ignored, as was my direct message to the account, and so my communication moved to e-mail. Having exchanged twelve e-mails with the Editorial Manager of the MailOnline, including further frustration as I was falsely told that the footage had been removed, we came to an agreement over 48 hours after the clip was first used by the website.

A £50 donation to ‘Help Refugees’ was successfully secured alongside the removal of my footage and name from their website, and ‘personal compensation’ was granted which saw a further donation of £150 to the charity on my behalf. A drop in the ocean for the Daily Mail, but a considerable donation for an incredible charity and a moral win for a student who is passionate about the media and its presentation of current affairs.

Thank you for being so extra, Gemma Collins.