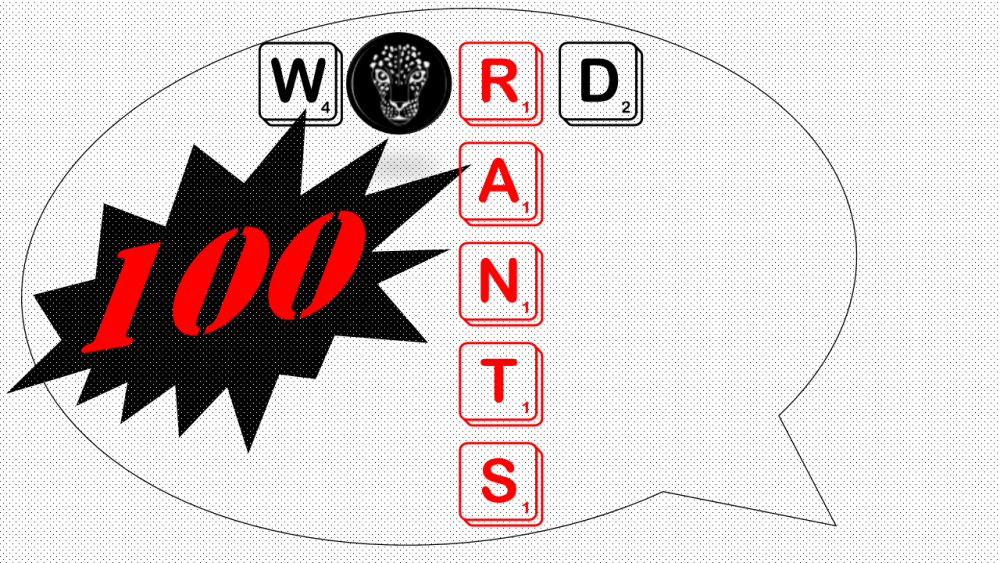 By Curated by Kerry Maxwell on 19th December 2017

Has the world pissed you off recently?  Fancy a bit of a moan?  Then breathe your anonymous fire in our 100 Word Rant spread!

Gift Guide…
Ok, so I know I am going to sound like a bratty bitch but, quite frankly, I couldn’t care less. As often as I have been told that “it’s the thought that counts” and “you should be grateful for any gift”, I am sick of the same old generic Christmas presents. You know the sort: the desk cactus, maybe some bubble bath, or a box of Ferrero Rocher. I mean, is that what my entire personality boils down to? Does that sum up our relationship? The shittiest choice of chocolate on the planet!?! Nah mate, I’ll sit out of Secret Santa this year.

What am I doing?
In my second year of university, with the encroaching reality of adult life, I am still clueless about the future. I’m expected to be successful, it just seems like there isn’t much quid quo pro between having material wealth and volunteering for a loss of humanity. I know this much – I want to travel, explore, experience – before I sit down to my daily consumption of lukewarm monotony. Perhaps I am just staving off the inevitable, perhaps I am just entitled. I hope at least, if I cannot dent the world, I can at least make a positive impact.

The Dreaded Work Christmas Party
I can’t be the only one who despises the Work Christmas Party. You know, pretending to actually like my colleagues when I am working is bad enough but having to spend time with them outside working hours is just exhausting. I don’t like them, nor do I want to spend any more time with them than I have to. But, of course, I can’t openly admit that. If I don’t act like the Christmas Party is the party of the millennium and don’t prepare for Staff Secret Santa like we’re all preparing for the second coming, then I become the “Work Bitch.” I don’t want that, but I really don’t want to go! Asking for a friend?

Delays on Public Transport
Public transport is probably the bane of my life, especially around this time of year. Who wants to be stood on Platform 2, abandoned in the piss-pouring rain for hours on end? Is it too much to ask for public transport to be efficient? All I want it is to just get to my destination as quickly and as hassle-free as possible but, obviously, that’s no fun for the train driver/bus driver/pilot, who clearly delights in making my life as miserable as possible. Lesson to be learned: get rich quick and buy a car.

Drunk Messaging
Is there anything worse than reliving the night before via drunken text messages/Snapchats/Tweets? Your head is already banging from that last Sambuca shot you knew was a bad idea, but scrolling through your phone just seems to make the headache a million times worse – and, no, it’s not because the screen is too bright! Petty tweets about your ex, texting your ex, sending your Dad a message meant for your ex…it all just seemed so right last night. Well, your poor Aunt’s comments on that Facebook photo suggests otherwise. *hides under duvet for the rest of eternity*.