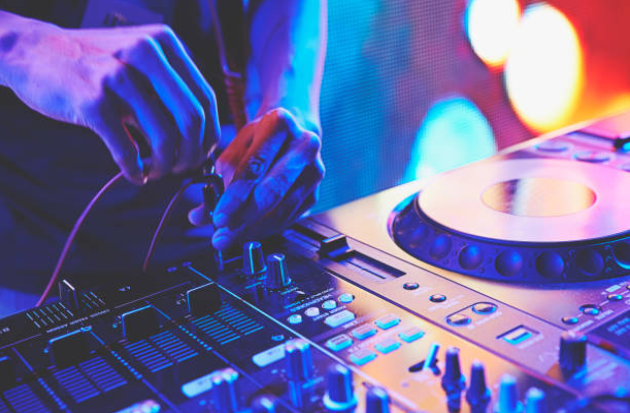 By Robert Salusbury on 3rd November 2017

For the last half a century or so, electronic music has become a unique and constantly evolving scene that has never possessed one definable sound. Several years ago, the community blew up when EDM hit the mainstream like never before, with artists like Avicii and David Guetta becoming huge, touring superstars.

But these days, the scene has once again changed, with a whole host of exciting new artists utilising independent labels, online promotion and underground clubs to get their productions to a global audience.

Let’s start with the rise of Mura Masa (aka Alex Crossan), who has proven to be the perfect icon of the changing times. Originally blowing up through Soundcloud and YouTube channels like Majestic Casual, the Scottish-born producer has, this year alone, worked with A$AP Rocky, Desiigner, Stormzy, Damon Albarn and Charli XCX, with his A$AP collab ‘Lovesick’ hitting number one on the Spotify viral charts.

Crossan’s use of online promotion, along with the fact that most of the production tools he uses are readily available online, goes to show how open and accessible electronic music has become, leading to more and more innovative producers entering the fray.

Other artists of a similar ilk who have benefited from the vast outreach of the internet include Sam Gellaitry (also Scottish, also insanely talented), Mr Carmack (a veteran in game-changing beats) and Whereisalex (who has mastered the chill game).

While many smaller producers prefer to remain unsigned, a number of artists have recently begun to establish tight-knit artist communities by establishing their own labels. Arguably, the most notable of these is Confession, established by Tchami in late 2015. Speaking to Billboard, the bass house producer (think dubstep crossed with house music), reflected on “the idea of being more independent and giving artists, including myself, another option to release music”.

When trap music veteran UZ created his Quality Goods label last year, he released a similar statement, writing that “I have always felt that there has been a needed staple within the community that allows artists to work freely within the confines of their own creativity”.

This is in sharp contrast to the huge monolithic labels like Spinnin’ Records who, back when EDM was at its height, ran the scene with 21 sub-labels and a huge list of signed artists. They have suffered as of late though, with their biggest artist, Martin Garrix suing the label in 2015 and leaving to form his own platform STMPD Records, where he has produced his best tracks yet under a restriction-free label.

The idea of increasing independence and creative freedom is something that runs throughout the electronic community. The spread of online music platforms and production software means that anyone can access, and even create, exactly the kind of music they want to hear. Both Tchami’s and UZ’s labels operate primarily on Soundcloud, an open platform that attracts millions of producers and listeners every day from across the globe.

So, have these labels plugged the gap in creating a more open and free-flowing environment for up-and-coming producers? In a word, yes. Confession has released some of the hardest hitting house tracks of the last decade, with the mysterious Malaa unleashing an array of killer tracks including ‘Contagious’, ‘Fade’ and ‘Notorious’. The platform has also brought to the spotlight a number of previously underrated talents, such as heavy hitters BROHUG, Dombresky and the incredible Loge21.

And Quality Goods? Theirs is a similar story, unleashing some of the most exciting and experimental trap to date and something the genre was in need of. Game-changing producers such as Ian Munro, Tascione, Oski and sumthin sumthin have all delivered some of their best work through UZ’s platform; let’s not forget that one of the heaviest trap bangers of this festival season was released through Quality Goods: UNKWN’s killer remix of ‘Cavern’, a stunning reworking of an already powerful track.

So what makes these new artists so unique and ambitious? Taking the example of Mr Carmack, the Hawaii based producer crafts his own samples and beats from every corner of the music scene. He creates complex and tightly mastered tracks that refuse to conform to the constraints of the buildup-drop formula that is so rampant in dance music.

His productions also range from hard-hitters, like his remix of Kaaris’ ‘Charge’ and ‘Runner’, to intricately woven chill beats, like ‘2084’ and ‘Church’. Carmack is just one artist taking full control of their productions and producing sounds quite unlike anything heard before.

One of the most important areas of electronic music is live performances – and the last few years have seen a number of changes here too. Starting with festivals, the biggest three that come to mind are EDC, Ultra and Tomorrowland. If you compare their lineups over the last decade, the changing landscape becomes increasingly apparent. In 2013, the main stage lineup of each festival was remarkably similar, packed with EDM stars like Afrojack, Hardwell, Tiesto, David Guetta and Armin Van Buuren. In fact, all three festivals were headlined by these exact same five artists.

Now, jump forward to 2017, and it’s a very different story. Headliners this year included Major Lazer (who have brought dancehall-infused beats to the mainstream in a huge way), the aforementioned Tchami, the now chart-dominating DJ Snake (whose sets still consist largely of undiscovered heavy trap), GTA (who have produced too many club hits to count) and… Marshmello.

Add to this the fact that all three festivals have majorly expanded the variety of stages available, with fans of DnB, dubstep, trap and countless other genres all now catered for. Add to this the tons of artists who make their festival debuts each year and it’s clear that even the biggest festivals are always on the lookout for the next big thing.

It’s not just festivals that are innovating though, as clubs are, in many ways, leading the charge in terms of recognising new talents. This is happening not just overseas, with Cologne’s Bootshaus putting on some of the most intense shows with the best crowds in Europe, but also right here in London. Birthdays, Koko, XOYO, The Nest and Kamio have all branched out further and further in the last year, with artists like Ekali, Medasin, UZ, Stooki Sound and Troyboi all putting on incredible shows in intimate, packed out venues with stunning results.

To return to EDM, when it was at the height of its power several years ago, superstars like David Guetta and Steve Aoki could comfortably pump out progressive house tracks and be met with constant chart success and acclaim. These days, it’s a little different. A number of these artists have been branching out more and more into different genres to capture a wider audience and ride the wave of creativity, often by diversifying into trap music.

So now we have: Steve Aoki dropping a trap tune with Lil Yachty and Migos; Afrojack collaborating with trap artist Jay Karama, and Tiesto working with Dutch group Yellow Claw. At Ultra festival, 2017 has also seen Alesso dropping RL Grime, Skrillex and What So Not’s massive anthem Waiting and Showtek playing out a set packed with a wide array of genres.

This all goes to show that what can be popular one minute in electronic music, could be gone as quickly as it appeared. In the internet age, relevancy is often an endless struggle and originality is a tough thing to keep a grip on. We are now in the era of boundary pushers, of genre defiers, producers who are constantly searching for a new, heavier sound and fresh samples. These are the artists who deserve all the recognition and a place in the spotlight. It’s time to embrace the innovators.