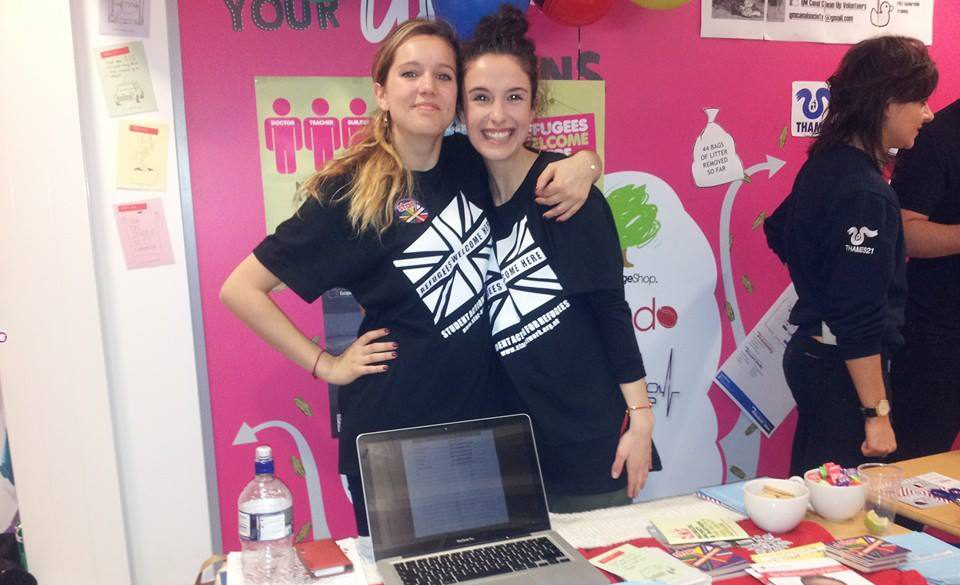 Get involved at QMUL: Student Action for Refugees

With 65.6 million people currently displaced worldwide, it comes as no surprise that the refugee crisis is now the largest representation of human dislocation following the Second World War. With every minute that passes, another 20 people are forced to flee their homes in search of safety and protection. So why is it that the refugee population within the UK remains to be only 0.24%?

Prominent publications often fuel the idea that refugees are somehow the pitfall of our country’s economic stability. The continuous use of toxic rhetoric, such as “Send in the Army to Halt Migrant Invasion” and “Migrants Spark Housing Crisis” has led many to adopt a dangerous narrative.

The incessant use of words such as ‘scroungers’ in reference to refugees has successfully promoted the dehumanisation of these people, suggesting that instead of fleeing persecution, they are simply a drain on our country’s resources.  To quote the president of the free world, “this is fake news”.

In fact, single adults seeking refuge within the UK receive as little as £36.95 a week with a complete restriction on their ability to work or claim benefits, whilst unemployed British citizens receive almost double that amount. Suddenly the idea that refugees are somehow migrating to ‘steal our benefits’ seems entirely ridiculous.

These restrictions essentially limit the ability of refugees to truly integrate into society, completely restricting any paths to higher education. As a result, Student Action for Refugees (STAR) is working in partnership with NUS in order to ensure that there is an Equal Access to higher education for these students.

Asylum seekers are expected to pay international fees at most universities and are not eligible for student finance. STAR is not only calling for a change to these damaging policies but also encouraging universities to offer at least ten scholarships to aid the progression of those fleeing persecution. Over 40 universities are currently part of the Equal Access campaign and they are campaigning to continue and improve Queen Mary’s involvement in it.

Student Action for Refugees at Queen Mary is a group that provides volunteering, campaigning and fundraising opportunities in support of refugees, with the aim to spread awareness, gain support and create change. Last year, they participated in the demonstration at Yarl’s Wood Detention Centre for Women to protest against the barbaric and cruel treatment of women and children in the centre. They also hosted their own photography exhibition, bake sale and contributed to ShoeBox4Syria.

Their weekly volunteering opportunity was at Hackney Community College, through which some of their members volunteered weekly at the Homework Club for Refugee students, helping with Maths, English and Science.

This year, they are hoping to do more locally, including a volunteering programme at a Mother and Toddler group for Women for Refugee Women, as well as continuing at the Homework Club. There are also other London-based opportunities that they are looking into, including Computer and English Language clubs. Over the next year, they are looking to host events, including a film night in partnership with Ben and Jerry’s. They would love your input, ideas and help!