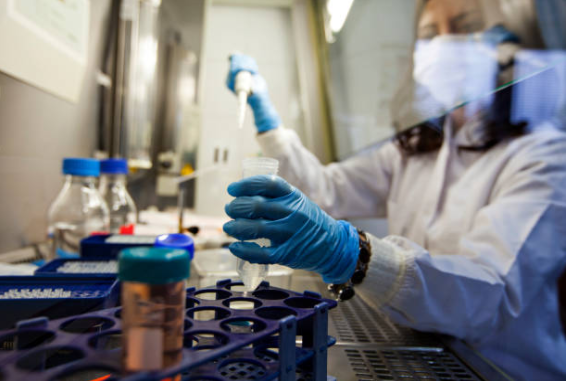 The 100,000 Genomes Project is currently the largest national sequence project of its kind, leading the rest of the world in genomic research. The initiative, announced by David Cameron at the London 2012 Olympics, hopes to be able to provide accurate diagnoses for those suffering from rare diseases, thereby enabling the possibility of more individually tailored and effective treatments.

It is also working with cancer patients, since cancer is caused by changes to the DNA and can thus be classed as a genomic disease. Over 160,000 people die from cancer every year and around one in two thousand people in the U.K. are affected by rare diseases, many of which have no diagnosis. This project will revolutionise the way these diseases are understood and, as a result, treated in the future.

The project follows the success of the Human Genome Project, which culminated in a breakthrough in 2001 when a genome was sequenced for the first time. Containing a total of three billion letters, it took thirteen years and over two billion pounds to sequence the first genome, since the technology at the time (or lack of) meant each letter had to be read manually by an international team of scientists.

In the space of fifteen years, scientists have now developed the technology to be able to sequence an entire genome in one day for less than one thousand pounds. Through the 100,000 Genomes Project, the aim is to put this to practical use by introducing this method to all hospitals, making genome sequencing as standard as having an X-Ray.

Of the three billion letters, only five percent (the genes) are currently used for diagnosing rare diseases. The other 95 percent, once a mystery to scientists, is now understood to be crucial to controlling the genes and can be influenced by environmental factors, such as air pollution. Originally thought of as a kind of instruction manual for the genes, the DNA between the genes is now understood as more of a script that can be interpreted in different ways.

To be involved with the project, a doctor who believes their patient is eligible will usually refer them to Genomics England. From there, once they have agreed to be involved, one of two things will happen: for those with rare diseases, a blood sample will be taken from the patient, allowing one of their genomes to be sequenced. Blood samples will then also be taken from each parent, or if this is not possible, two close blood relatives.

In some cases, ‘legacy samples’ are used, which are donated by the family of a patient who may have passed away. Bioinformaticians will then compare the genomes of the patient and their family members to see what may be causing the disease.

The genome alone, however, is not much use to them, as it is the symptoms that are the most telling. By working closely with the NHS, the bioinformaticians are able to access information about the patient’s symptoms and pair them with any abnormalities in the genome. The NHS is thus a huge advantage in this method of treatment, as it allows scientists to refer back to a database in order to pair symptoms with the DNA.

Usually, it takes around seventeen years for drugs to be developed after research has been done, meaning for some people it can be too late to benefit from new treatments. Since this project is a collaboration between Genomics England and the NHS, it means that the discovery of new treatments is given back to patients straight away by their own doctor.

For cancer patients, the process works slightly differently. Rather than taking blood from family members as well as the patient, the patient has blood taken to show what their healthy cells look like, which is then compared to a biopsy of their tumour. This allows the exact genomic changes that cause the cancer to be identified, which can then provide doctors with the ability to give the patient an individual course of treatment which may be better suited to their needs.

Interestingly, the inclusion of cancer within the project has already allowed for new discoveries about cancer. They have found that the standard method of placing the cancer sample in a formalin called SFPE wax once it has been removed, which is standard for a pathology specimen, actually causes bits of the code to go missing. Though it took a long time to work out, scientists have now discovered more effective ways to handle cancer samples.

Since the use of a database is involved, there are questions about potential ethical issues, with people showing reservations about the fact that this is a government funded project. In order to tackle this issue, an independent Ethics Advisory Committee ensures that the project remains in the interests of the participants.

Any researchers must apply to receive genomic and health data from the data centre, which is de-identified before it reaches that stage. It is important that eligible researchers are able to access this information as their research may be key to understanding one or many of the diseases. In a world where almost everyone has an online presence, allowing anyone to find personal information online, it is interesting to see people’s responses to having their biological information shared, despite the difficulty of pinpointing who the biographical information belongs to.

With the nature of this research, it seems as though a reluctance to share this data may put some people at a disadvantage, since having this information stored could even help future generations in many years to come. For many, the project is not yet at a stage where it will benefit them personally, but they wish to participate in order to help others like themselves; inspirational people like these pave the way for a future in which many of these rare diseases will not only be diagnosable, but treatable too.

Though there is still a long way to go, a number of diagnoses have been given already. At Great Ormond Street Hospital, a little girl called Jessica took part in the project. Using PanelApp, a knowledge base curated by Genomics England, the bioinformaticians were able to identify the specific gene causing Jessica’s symptoms.

Since they discovered that Jessica was not getting enough of a certain sugar transported to her brain, causing seizures, they discovered that changing to a low carbohydrate diet reduces the number of seizures Jessica experiences. For those like Jessica, something as simple as a change of diet can make a huge difference to their lives.

Though the project is focusing on cancer and rare diseases, it has impacted on more common health problems, such as high cholesterol and diabetes. The project has shown that some diabetics who are currently using insulin injections will benefit more from a tablet, since they have the same symptoms but not the same genetic cause. It has also been found that high cholesterol in some people can have an early onset, so if this is caught at a young age by sequencing the genome, it can be prevented.

For most patients, the scientists will only look at their affected area, so the area responsible for controlling the eyes if they have a vision related disease like albinism, for example. However, patients do have the option to learn about any ‘additional findings,’ as some genes are known to be linked to specific diseases, though these will only be looked for if there is already a treatment available through the NHS (such as high cholesterol).

Having extended to Wales and Scotland, the project currently has about 32,000 Genomes, so it still has a long way to go before it reaches 100,000. What is most significant about the project is that it symbolises the transition into an era where the actual cause of a disease can be identified and treated, rather than just its symptoms.

For further information about the project and to learn about any upcoming events, visit their website.