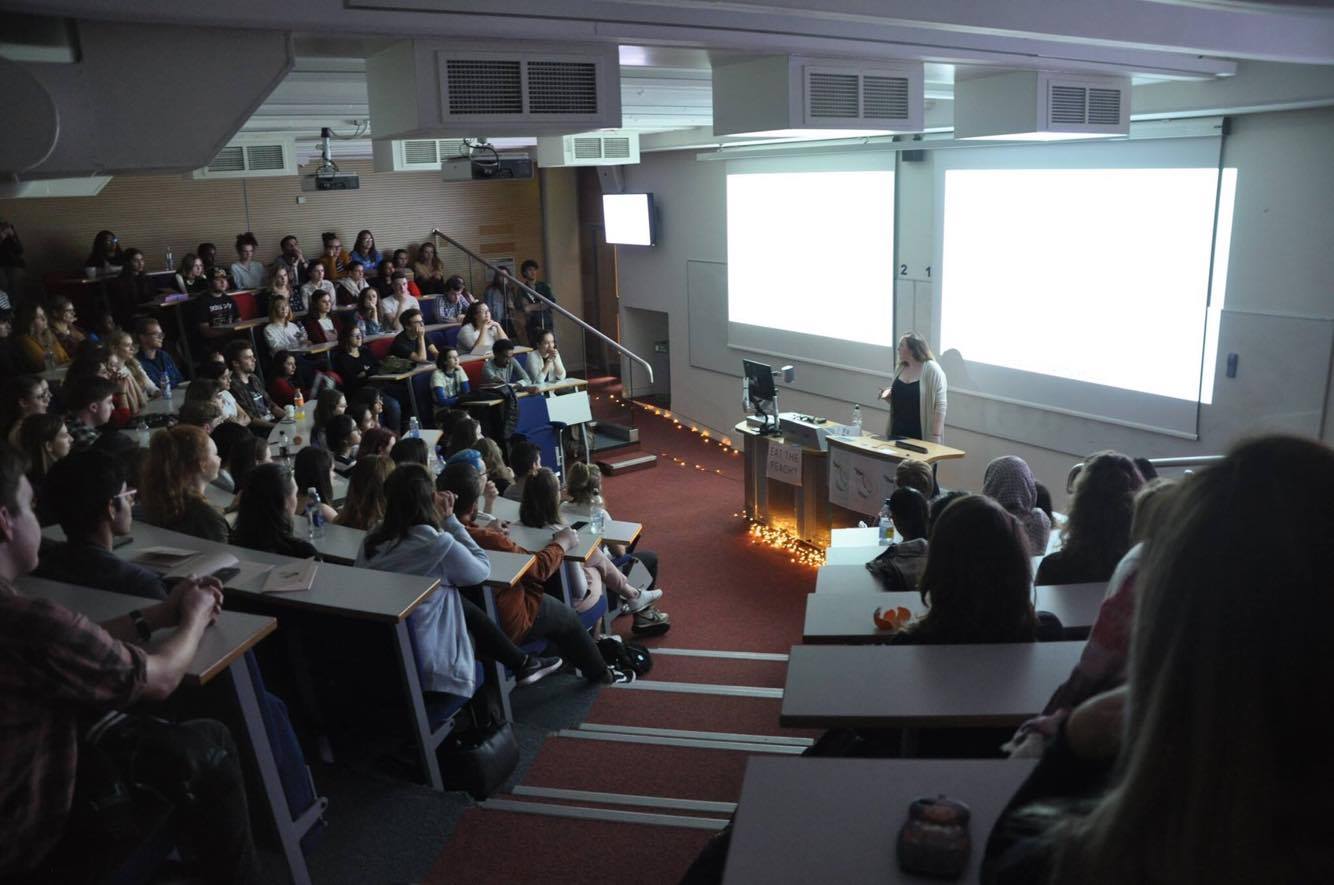 Zara Ali: On ‘Preach the Peach’

You may have noticed, or will notice, the #PreachthePeach posters around campus. You may have seen the fruit bowls, grabbed a peach and wondered what it was all about. Those in the know might have simply smiled and walked on past the bemused and curious faces of freshers, deliberating if QM’s only media outlet completely dedicated to creativity appealed to them. And I’ll tell you now, it should.

Most Tuesday nights, I don’t remember what I’m doing. And yet the Tuesday during week one of lectures I remembered well because it was PEACH magazine’s first performance night. September 26th was an open mic event with performers signing up in advance, literally some within the half hour before the event. During the evening, even a couple of audience members approached Greg, editor-in-chief and host, during the interval and were squeezed into the few slots left.

Nevertheless, as I came across both familiar and unfamiliar faces in the audience and onstage, I consciously relaxed as I knew we were in for some quality performances. I love being right: there was nothing lacklustre or mediocre about anything that evening. Even the cheering from the audience was impressive.

My most memorable line of the evening was Joseph Winer’s “Why won’t Facebook fuck me?” PEACH does not shy away from candid. Oh no: sex; mess; relationships; social media (in this case, all in one cracking poem); period shame – no topic was spared and absolutely nothing was taboo.

Even as I was writing this, I hesitated before spelling the word ‘fuck’; f-u-c-k and not putting the little stars in to make it look like I wasn’t really swearing. But that’s not PEACH. And as someone reviewing the PEACH performances, I shouldn’t censor. Tongue-in-cheek and bold is something PEACH does well. The performances were also witty, nostalgic, surprising and melodic. It contained meditations on grandma’s after noon tea and cakes, as well as an intellectual transportation to nature and all things beautiful, right in your mind’s eye.

Greg Dimmock hosted the entertaining evening and all the performers were superbly confident. There were fifteen of them, each reading one or two pieces ranging from original poetry, to short stories (and everything in between). Every performance was accompanied by illustrations on the projector behind them, adding a nice aesthetic touch. I would definitely go again (as these events are held monthly) and I would recommend it to others too. Try and participate. Perform or simply enjoy the performance. Disturb the creative universe. Eat the peach.