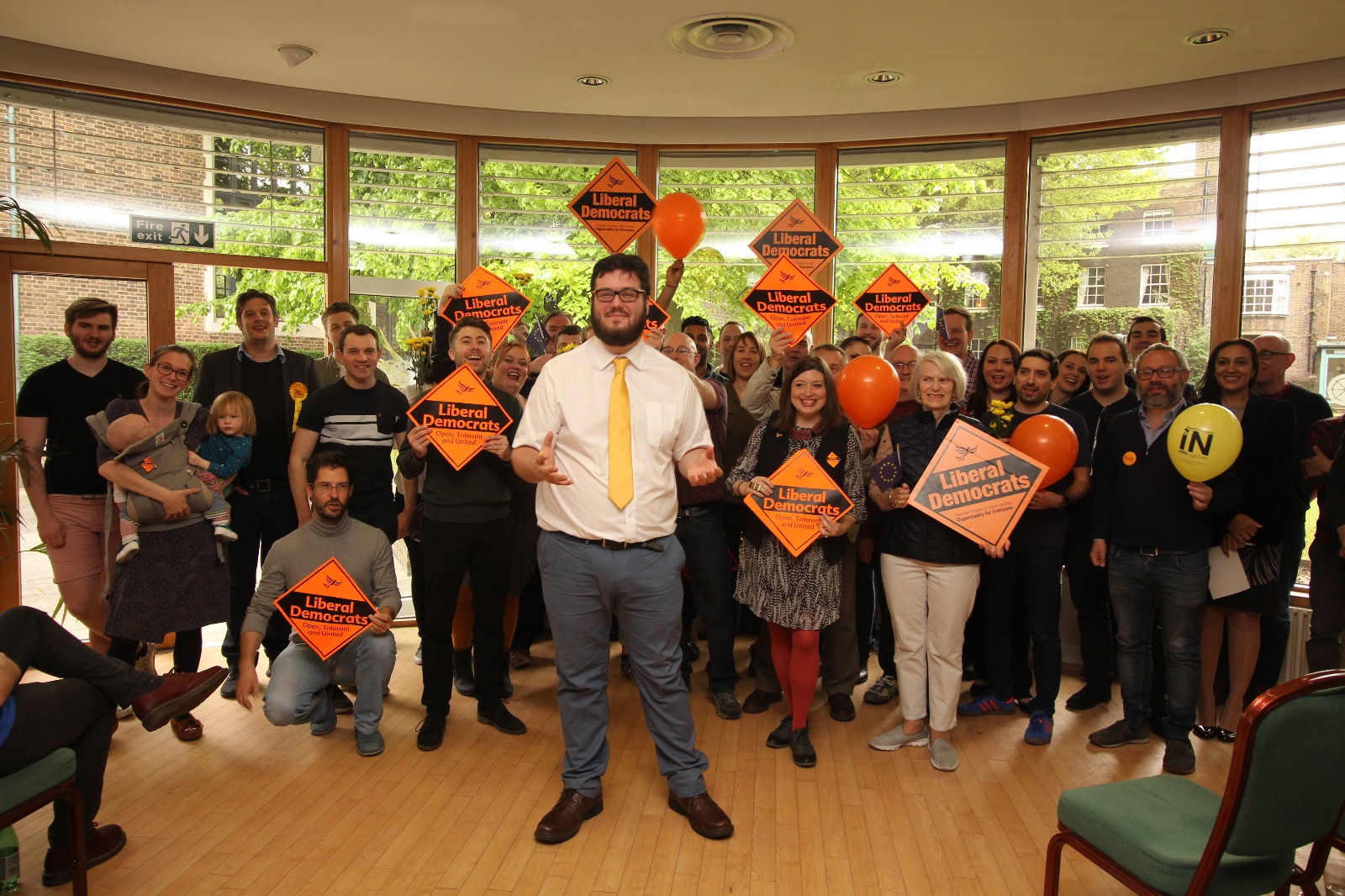 William Dyer, QM graduate and Liberal Democrat candidate for Bethnal Green and Bow in the 2017 election, tells The Print about his experiences.

With the dew still on the grass in the middle of a field near Bath, I got the phone call that few in our generation will ever receive. “So would you be willing to lend a hand?”. My heart was skipping beats left, right and centre. Brian, the regional candidates chair of London was asking me to be the parliamentary candidate for Bethnal Green and Bow. I replied, “yes, if that is okay?”, feeling the need to justify the reason I was offered the position.

For a few days I had to keep it to myself, the appointment needed to be approved by the Federal party. Being a leader on a youth camp at the time, it was gut wrenching not being able to tell anyone the news. One thought kept on going round in my head, with relief and disappointment equally mixed I realised, that I wouldn’t have to fight a general election.

9 months later
With my dissertation handed in, and nothing but one exam and an essay to finish off, my degree was done. I was two weeks into my new job as Membership Development Manager at Lib Dem HQ. On the morning of the 18th of April, we heard the news of an unexpected press conference – resigning due to ill health, home rule for Northern Ireland, a major reshuffle?

As soon as the news went round Westminister, everyone in Lib Dem HQ was speculating, a miniature sweep stake was set up. Until, on the front of the podium, the No 10 plaque was removed from the podium. This meant one thing, this was a purely party political announcement. Which in turn, meant one thing, a snap election.

Leaving HQ that day, I was running late. An impromptu meeting of the local party had been set up for that evening, I ran from the DLR. Out of breath, I walked into Elaine (the parliamentary candidate for Poplar and Limehouse)’s home. The room was full of people packed into a space barely large enough to hold all of us. Elaine spotted me walking at the back a beckoned me forward. She called for silence, “This is Will and he is the parliamentary candidate for Bethnal Green and Bow”. To my surprise, the room erupted with applause.

The next 51 days were waking up not knowing what you would face. My team, yes I had a team (which is overwhelming at the best of times), had control of my calendar. Going from morning press interviews to a 10+ hour work day then evening events, a mix of hustings, campaign meetings or ‘war rooms’.

The main change was that as the candidate you make the final decision. You are not just the face of the campaign but you craft the campaign. Every email, leaflet, press line, you sign off on. In the moment, you just do it. You forget that the average age in the room is twice your own. You have to keep reminding yourself, there is a reason you are here.

There was never any chance of getting elected in Bethnal Green and Bow. They weigh the Labour votes, rather than count them. However, the message of love and support I got throughout the campaign drove me forward. That was what made this worth it, to be able to show those that have nurtured me did not do so in vain. I hope I did you proud.