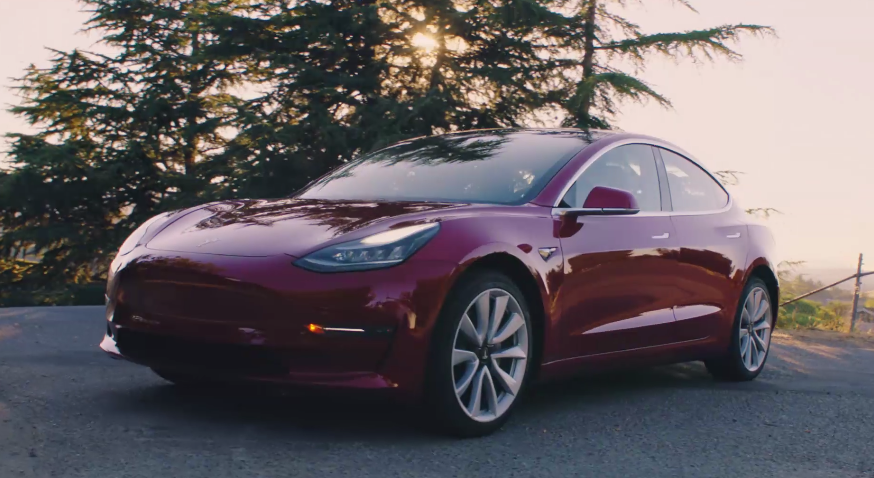 By Christos Stavrou on 2nd October 2017

When Tesla unveiled the Model 3 back in March 2016, a lot of people couldn’t help but notice a similarity with a product launched exactly a decade ago: the iPhone.

Now, you may rightly ask: what do a phone and a car share in common? Let us begin with the fact that both products were produced with the same goal: disrupting a whole industry. The iPhone sent shock waves across the world back in 2007, as it became the first touchscreen smartphone that actually worked. You were suddenly presented with a revolution in terms of how much processing power could fit into your hands. When all other mobile manufacturers followed suit shortly after, it became clear that the world would never look back. The world of smartphones would never be the same.

The similarities do not only stop with the product itself though. When you bought the iPhone back in 2007, you did not only buy a phone, but rather you were lured into the Apple ecosystem. You were investing in a brand that, admittedly, made the whole experience much more interesting. Apple stores around the world became famous for the minimalistic and clear designs. You could begin to see Apple stores popping up in every high street in big cities.

Tesla is doing the same with its stores. If you want a Tesla, you are either buying one online or you are buying one from its unique stores. If you happened to pass by Oxford Street in London, you could not fail but see the glamorous, minimalistic and shiny Tesla store among the many fashion brands.

Way back when the first iPhone arrived, I remember telling my surprised dad that he could update the software and enjoy many new features. At first, you had to do it through iTunes, but as time progressed, it became an over the air technology.

Tesla is doing the same, trying to make your car ownership feel like an evolving experience. Just download the latest software for your car and begin to enjoy the many perks it contains. In the past, Tesla engineers had successfully managed to cut the 0-60 times of the Model S through a software update alone.

Even though people who own an iPhone are everywhere, the company has still managed to make the phone feel like a premium product that adds to a person’s overall appearance. Apple and its meticulous attention to design has prompted many rival companies to produce beautiful designs using high end materials. And, Apple did all that in an affordable package. Tesla is trying to do the same with cars by proving to the world that you can own a self-driving, all electric car for an affordable price.

Apple’s legacy to the shaping of modern technology cannot be questioned. This comes from someone like me whose last two phones are Samsung. But, I cannot fail but see that had Apple not been around, my s8+ would still be a plastic phone. It remains to be seen whether Tesla’s innovative features would expand to other cars, but all the signs are pointing towards that. It seems quite clear that other companies have a lot of catching up to do.