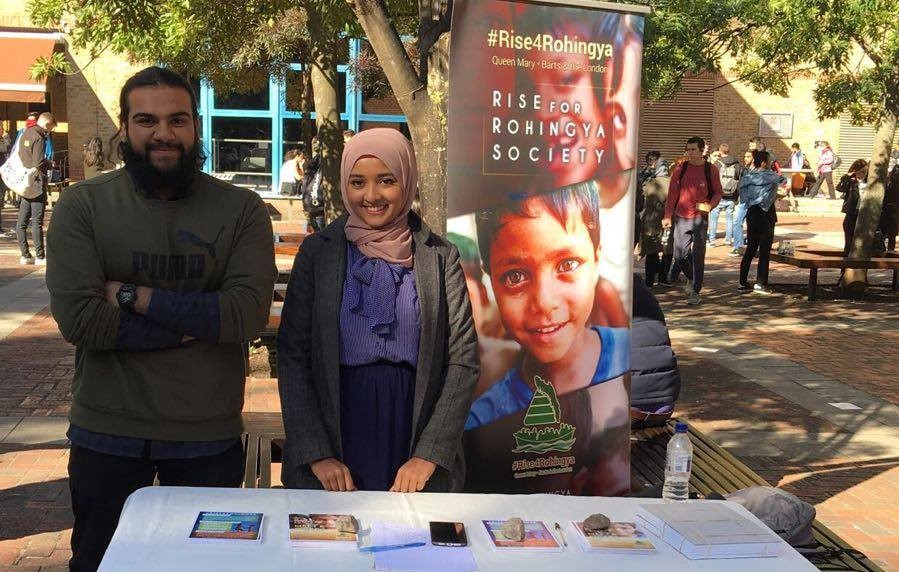 QMSU boasts several societies that campaign for worthwhile causes. But perhaps one of the most prevalent in light of current affairs is the recently established QMBL Rise4Rohingya society. The society was created to raise awareness of the plight of the Rohingya people.

The Rohingya are a persecuted, majority Muslim ethnic group from the Rakhine state in Myanmar (Burma). Since 1982, they have been denied citizenship in Myanmar and thousands have fled the country. However, they have also been denied entry to surrounding countries, rendering them effectively stateless.

Recently, there has been a military crackdown on the Rohingya, with accounts of rapes, arson attacks and other human rights abuses, all of which the Myanmar government deny. There have been an estimated 2000 deaths, with UN officials warning of ethnic cleansing and the head of the Myanmar government, Aung San Suu Kyi, has been heavily criticised.

Although the society was established last year, increased media attention over the last two months has led to greater outrage and is reflected in the number of sign-ups to the society at the Fresher’s Fair.

The Print spoke to QMBL Rise4Rohingya to find out more about their aims and what they have planned for the coming year:

“Frustrated with the situation, we decided to create a society that enabled students just as passionate as us to have a voice and actively participate in the campaign to ensure justice for the Rohingya”.

The society’s aims are ambitious, as in addition to raising awareness of the crisis, they hope to build a student solidarity movement across the UK and lobby international powers to take affirmative action.

“In September, we partnered with the National Union of Students to organize a demonstration outside Downing Street in response to the escalation of violence against the Rohingya. The turnout was very successful, with around 250 people attending”.

Some of their big upcoming events include a Q&A panel in collaboration with Queen Mary’s International State Crime Initiative, a cross-disciplinary research centre that works to widen understanding of state crime and an exhibition exposing the harsh realities of the victims.

“We want to do more than just fundraise every time the situation intensifies, we want an end to it”.