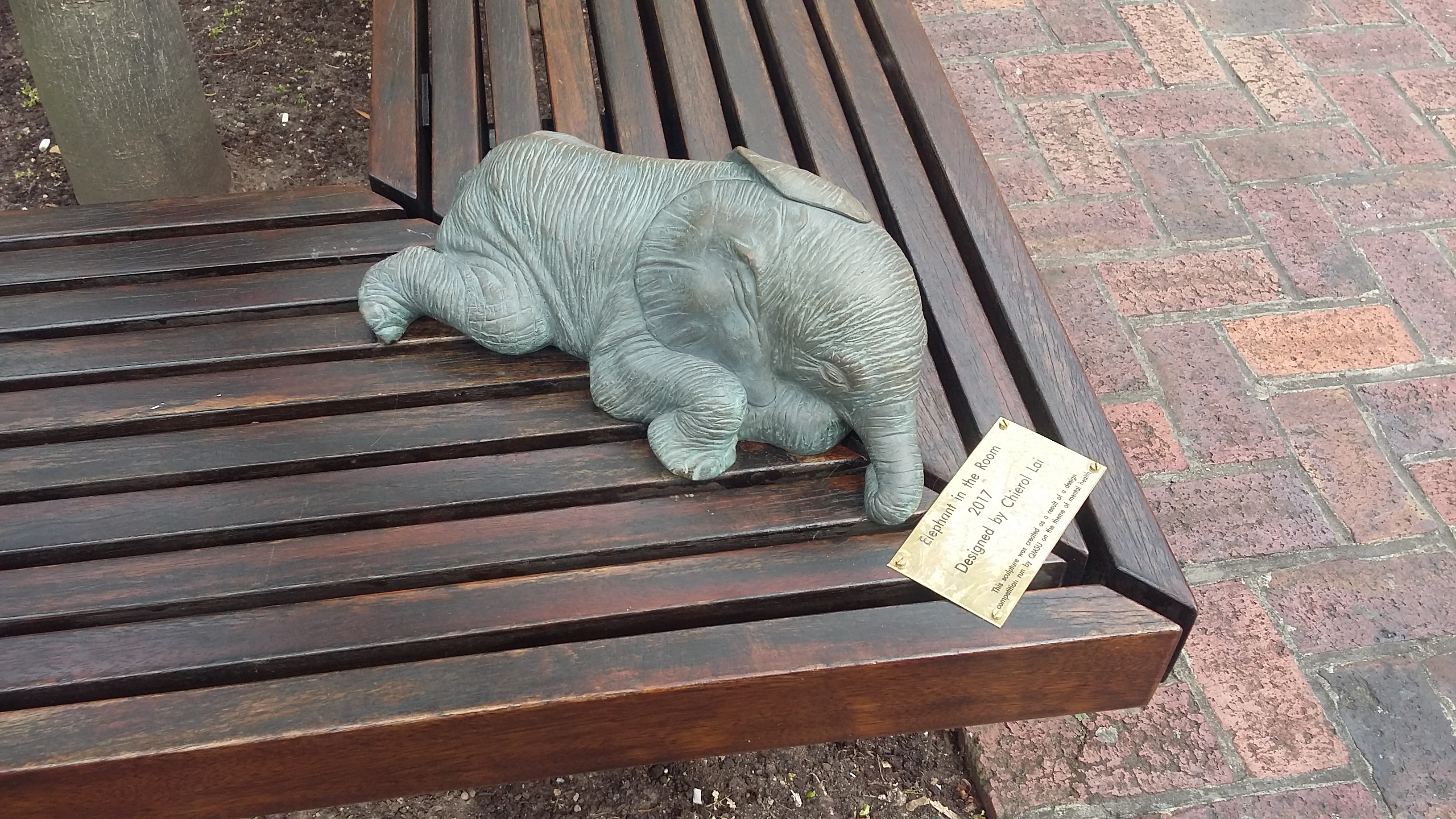 By Elmira Tanatarova on 25th September 2017

Statues on campus honour the de-stigmatisation of mental health

Many may have found, upon walking and welcoming students, an increasing number of statues around the Mile End Campus. This is in honour of the ‘Elephant in the Room’ campaign posited by last year’s QMSU president, Miranda Black, whilst she was the Welfare Rep.

The aim of the movement was to highlight mental health issues and the way people talk about them; to erase stigmas and tackle stereotypes people face in communicating their problems.

Two statues are currently in place; one in the Library Square, entitled ‘Elephant in the Room’, was designed by Chierol Lai, which she hopes will “achieve the normalisation of mental health and to remove the stigma”. Lai also says, “Most importantly, whether you are going through a hard time or not, the sleeping baby elephant is just there to keep you company and to help you feel more at peace”.

The second statue is called ‘Mentis’, and is placed in the Graduate Centre. ‘Mentis’ is of Sophia Álvarez Barnes’ design, and she has said is representative of “the struggle that we all experience at some point, in some way, one that is often extremely isolating. The open structure of the sculpture signifies that help and support can be reached, no matter how difficult things may seem”.

Miranda Black said: “It’s great that students are leaving a legacy with their artwork on campus. There will be three statues installed in total and each speaks to mental health in a completely different way. I love the elephant – it’s something that means a lot to me after the Elephant in The Room campaign”.

The third statue is due to be placed behind Arts One, and will be designed by Haleema Ilahi, a second-year Biology student. It focuses on famous people and academics who have lived experience of poor mental health.