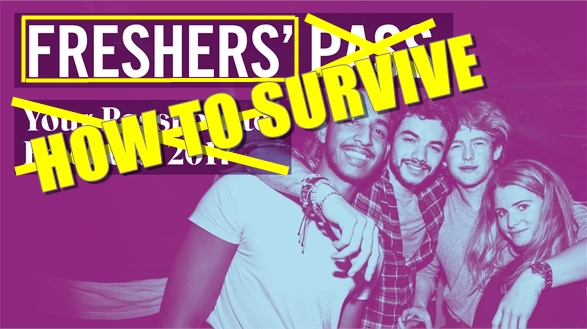 Millie’s Musings: The Liability – Dealing with your sloshed mate on a night out

By Millie Pritchard on 23rd September 2017

September. I can almost smell the new stationery and the optimism (that almost instantly starts to dwindle… spoiler alert) for the year ahead. Another thing I can smell? Alcohol. Fresher’s week is the first encounter new students have up and down the country to university drinking culture, and liquid courage helps take off the awkward edge of meeting new people.

Once the whole ‘fresher’ thing starts to calm down, however, and you create more solid connections with people, you may start to realise that for someone, the novelty of being paralytic drunk hasn’t worn off. They always seem to have their head in a toilet part-way through the night, and rely on you to pick up the pieces. It is my duty to tell you, my friend, that you have come across a rather common creature, the Liability.

The Liability, as defined by Urban Dictionary, refers to ‘a person who becomes a hassle and general embarrassment when drunk’. I think it is safe to say we have all seen a Liability, and perhaps even been one (guilty). But, how does one cope in a situation where you go out to have fun, and one person always ends up having a bit too much fun, to the detriment of everyone else…?

Recurring behaviour? Call them out.
Honesty is the best policy. If it keeps happening practically every time you go out, confront them. It isn’t fair that someone is always having to give up their fun to play the role of ‘Mum’. Be sure to have this conversation when you’re both sober. There are also things you can do when on a night out, in which your friend’s inner-Liability is in full force. Help them out, but make them aware that the way they’re acting is not okay. I tend to go into ‘stern mother mode’, it is where my natural passive-aggressive tone becomes very handy.

Reconsider who you go out with.
If they’re unlikely to change, I’d reconsider your decision to go out with them. I strongly recommend for you to not put your enjoyment on hold to care for someone else whose actions are actually quite selfish. People have to take responsibility for themselves, and they will eventually learn the hard way. If you want to keep their friendship, do some non-alcohol related things such as going for food or to the cinema. Otherwise, there are plenty of other people who won’t be a party-pooper on the sesh.