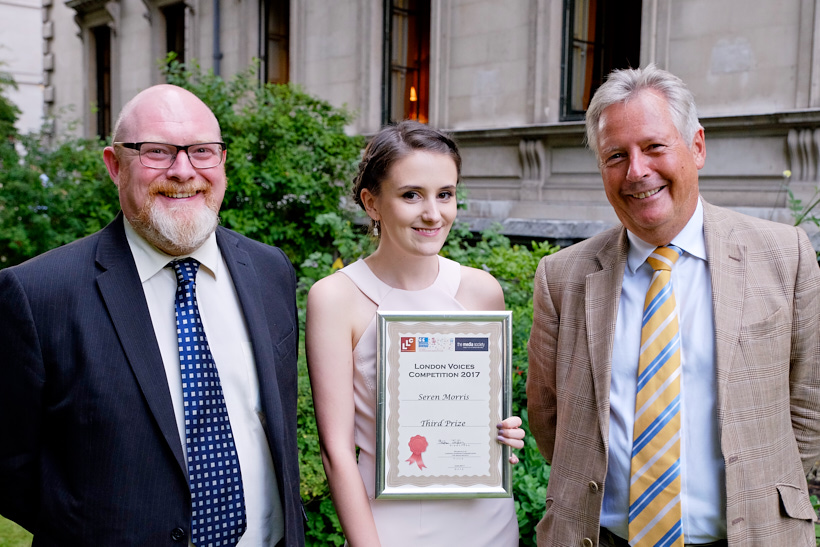 From CUB to lion as QMUL’s student media talent flourishes

QMUL’s very own second year English Literature student and regular CUB contributor, Seren Morris, has been awarded the third prize in London Voices, a competition that aims to promote emerging journalism talent across the capital and to generate a range of new perspectives and ideas about London.

Being awarded a £250 reward, Morris’ magazine style entry focused on living in London as a young person during a politically turbulent time in the fight for a living wage. “The category I chose was ‘when you’re young’,” she explains, “so I wanted to look at something young people in London deal with. My friend’s workplace is currently striking with the media union BECTU for the living wage, so that was the initial inspiration!”

Morris interviews six London students who are trying to balance flexible work with university commitments. They currently need to take “low (or no) paying work relevant to their studies and future work prospects” but would be fighting to earn a minimum of £9.75 per hour.

Media Society judges Patrick Barrow and Barney Jones enjoyed the article, commenting that it was “detailed, thoughtful and clear, with some great photos and graphics.” Morris was presented with her award by President of The Media Society, Richard Peel. Morris commented, “It means a lot that I won third prize in the competition as I hope to pursue journalism in the future, so it made me realise that I might have a chance!” She added that “going to the Reform Club for the awards ceremony and meeting the Media Society was really exciting.”