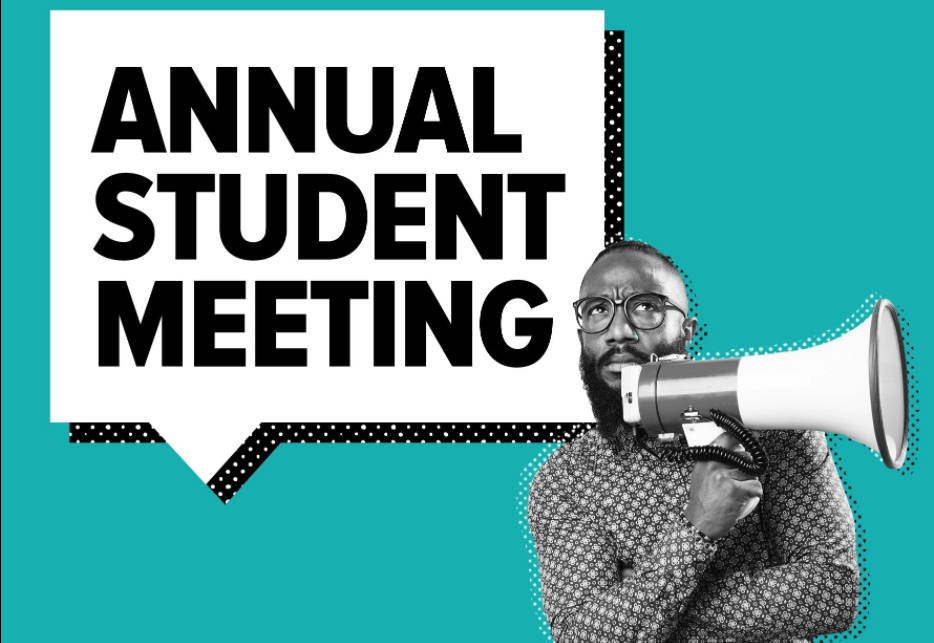 Armed with agendas and wind-up fans to keep themselves cool, approximately 125 students (eventually) turned out for the 2017 Annual Student Meeting.

Possibly due to the hot weather or the fact that the meeting was held in exam season, the 2017 Annual Student Meeting began 45 minutes later than planned because of difficulties trying to reach the quorum of 120.

Once QMUL President Miranda Black had presented the accounts from the past year, a 10 minute video from the sabbatical team was shown. During this video, it was announced that, starting in September, Mile End library will be open 24 hours a day, seven days a week! Concerns were raised about the consequences on student welfare this would have but Adam Sparkes, QMSU Welfare Officer, reassured students that measures would be put in place to look after student wellbeing.

Motions were then proposed, debated, amended, and voted on.

7.1 Should the Union encourage societies and sports clubs to actively and transparently engage in QMBL elections?

This motion was about whether a working group should be created in order to establish transparency rules for clubs and societies endorsing student union candidates. Proposer, Gemma Meredith, said this would end “unfair endorsements” as it might require societies to meet with all candidates before deciding who to support and then also release details about the decision making process. Society endorsements is a hot topic as similar motions have been proposed multiple times in the past couple of years.

Will Atkins, VP Barts and The London, attempted twice to hijack the motion with amendments which would end society endorsements altogether. He argued that it can be damaging for candidates’ welfare when they do not receive endorsements. Atkins’ first proposed amendment simply read “stop society endorsements in elections” and his second involved repealing almost every line of the motion. Both attempts to propose an amendment were rejected as they were too drastic and should be submitted as motions within themselves if he wants the matter to be voted on.

7.2 Should the Union lobby the university to provide more water fountains across campus?

Despite initial clarification about the wording, this was the fastest motion of the evening. That might be something to do with the fact that this is something that Queen Mary’s estates team is already considering.

So apparently this is happening in the next year, so we’re voting for something that’s already happened ¯\_(ツ)_/¯ #QMASM https://t.co/3rllvMOCAV

7.3 The Union should set up a working group to formulate by-laws to bring to Student Council for the recognition of QMBL clubs

This motion was the first step in getting recognition for clubs which span both Queen Mary and Barts and The London. Sophie Hoque, President of the QMBL Women’s Rugby team and proposer of the motion, said that it is not right that members of QMBL clubs feel unwelcome in BL. They are not allowed to attend the BL freshers’ fair to recruit more players, nor are they allowed to receive association dinner nominations. Due to lack of membership, some sports teams are not exclusive to QM or BL, yet these clubs are not officially recognised in the Union’s by-laws.

Adam Sparkes explained that the passing of this motion would not immediately give QMBL clubs the recognition they seek, it would however create a working group who would formulate by-laws for the Student Council to vote on. Adam went on to say that if BL students are worried about this threatening their autonomy, then they should vote it down in Student Council but he wanted the conversation to at least begin.

There was a break at half past nine, however due to people leaving during the passing of the last motion and others not returning, there were not enough students left in the room to continue with the meeting.

TL;DR The meeting was just short of three hours long, only two motions were passed (one of which would have happened anyway), and ten motions were not even discussed due to the failure to meet quorum. There were plenty of snacks though.