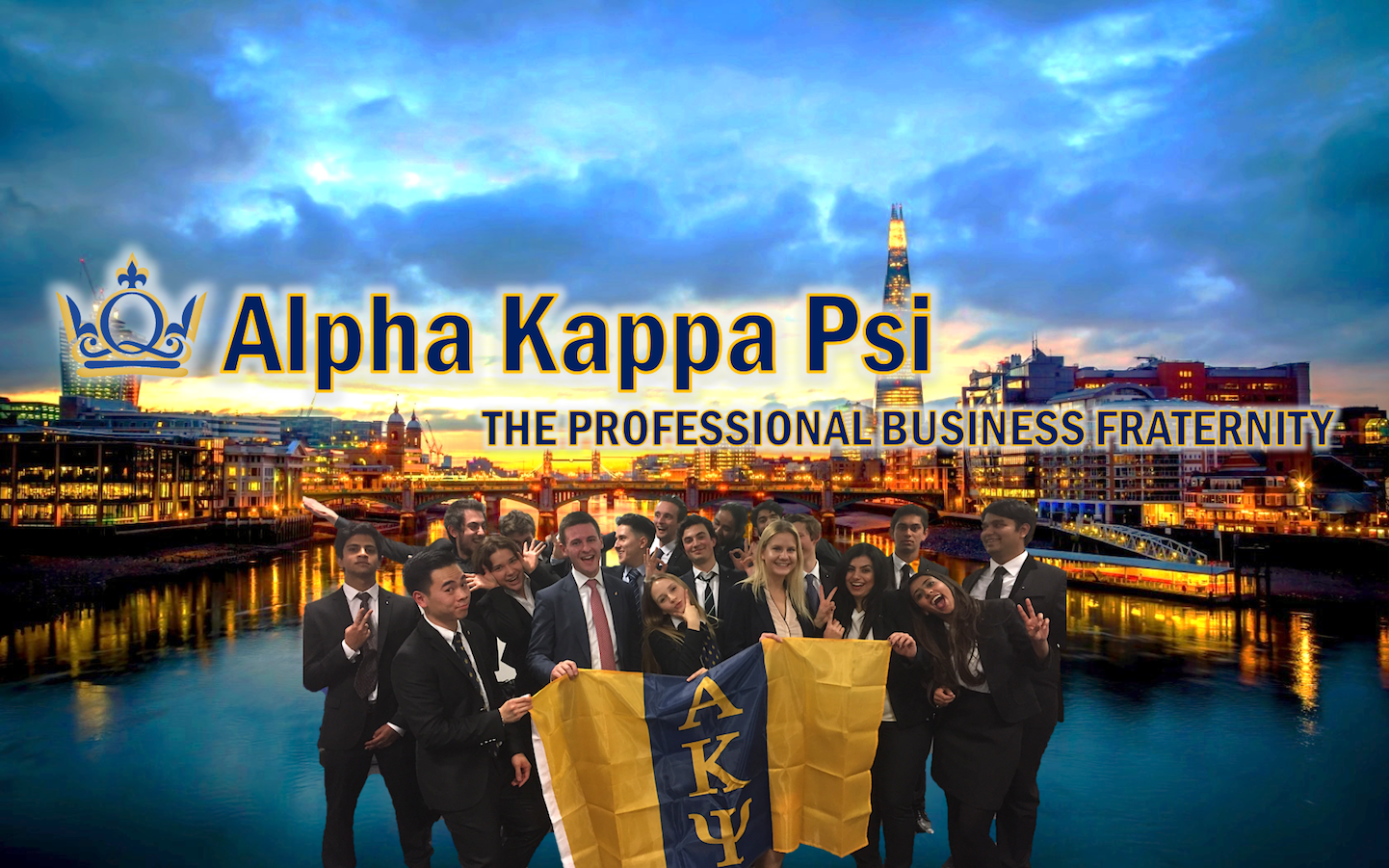 Alpha Kappa Psi: Greek life, but not like you know it

When I joined Alpha Kappa Psi, it’s fair to say I didn’t know what to expect.

For everyone at Queen Mary, it was new and largely unknown. People who came back from the Study Abroad program raved about joining fraternities in the United States. A few of them talked about AKPsi, the most prestigious international business fraternity they joined while on the programme. In fact, anyone who joined any kind of fraternity had a tendency to not stop talking about it – so when I attended the Welcome Fair in the first week back and heard that a fraternity was on campus, I didn’t hesitate to stop by the stall.

What I learned there was that the three founding fathers, Daniel Ming Bui, Klara Klarowicz and Elena Burykina (the word ‘fathers’ is only to conform to the ‘fraternity’ terminology – Alpha Kappa Psi has been open to women since 1972) were establishing a chapter here in London, the second in England after Manchester’s chapter, after their incredible experiences with their chapter in Miami.

So why join? Well, I’ll be honest. At first, I wanted in because of the fraternity’s incredible network of professional connections. As the world’s largest business fraternity, AKPsi has an extensive web of successful professionals in a huge variety of career areas, including finance, commerce and even the film industry. That kind of success is hard to pass up.

What I didn’t realise is that AKPsi is leaps and bounds ahead of that.

Thrown into the mix with more than twenty others, I was a ‘founding brother’ – one of the initial crop of people to join this new chapter without much knowledge of what it was and without any expectations regarding where it would go. We all had to get to know each other in a short space of time, so there were events and days dedicated to bringing this new group closer together – in fact, at one point, I’m fairly sure we all tried speed dating. Yes, it went well.

Since then AKPsi has focused centrally on the professional development of its members – whether that means holding careers workshops or dedicated sessions with TED talk speakers. We network with the alumni from the Manchester chapter often and were lucky enough to receive an in-depth talk from the Chairman of the Board, Dan Roselli, after just a few months. After gaining enough initial members, we were initiated as a colony. In the second semester, we significantly increased our numbers after an extremely successful recruitment drive during Re-Freshers Week. We gained a new pledge class, took them under our wing and strive to shape them to reflect the values that we exemplify: brotherhood, integrity, knowledge, service and unity. We formed three new families within the chapter, marking the continuation of a longstanding international tradition. The fraternity is anticipating a great deal of community service that could take a variety of forms. The future holds even more beneficial events with large city firms, such as insight days on the trading floors of Barclays and in PwC. Current alumni members are in high-ranking positions at trading firms, in private banking and investment banks.

The fraternity requires commitment – it’s not something you can dip in and out of if you feel like it; not wanting to attend meetings or events doesn’t excuse you from them. The goal is to shape your professional future. A good way to look at it is that you get what you give. I joined Alpha Kappa Psi not knowing what to expect – what I got was better than I could have imagined.