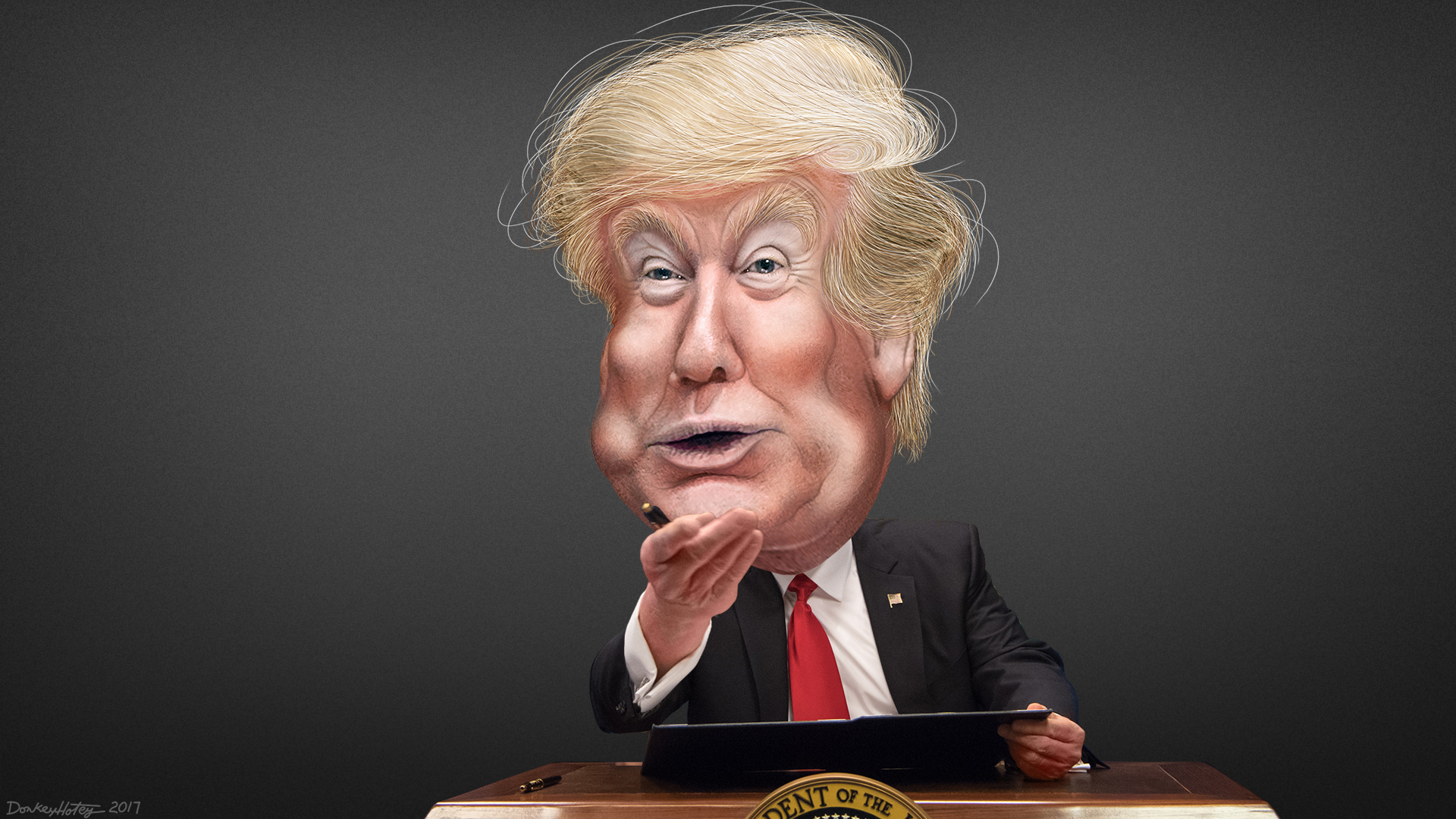 The Great Debate: What will the Trump legacy be?

Alice Sidgwick looks at the historical links between McCarthyism and Trumpism

What do a witch hunter of the 1950s and the leader of the free world have in common? A lot more than you would think. History has developed a pretty uniform opinion of Senator Joseph McCarthy. The man led the crusade against communism in the American government in the 1950s and is widely credited with creating the “Red Scare”. McCarthy was a paranoid bully, who built his successes on lies and wanted to clean up Washington DC. Remind you of anyone?

It would seem that Trump himself is aware of the similarities he shares with Senator McCarthy and isn’t particularly concerned with letting the public know. He hails the paranoia of the Cold War as a period of American history that needs to be emanated. “In the Cold War, we had an ideological screening test, the time is overdue to develop a new screening test for the threats we face today.” In the same speech, Trump championed parallels between the current climate and the Cold War, arguing that “we couldn’t defeat communism without acknowledging that communism exists – or explaining its evils – we can’t defeat Radical Islamic Terrorism unless we do the same.”

The man who made Trump is the same man who aided McCarthy. Lawyer Roy Cohn was brought to the attention of McCarthy after his prominent role in the 1951 Rosenburg espionage trial. During the trial, Cohn encouraged a witness to lie in his testimony, and as a result the Rosenbergs were given the death sentence. Cohn was so pleased with his work that he would brag about his influence over the ruling, even claiming that the death penalty was imposed based upon his personal recommendation.

The trial inspired McCarthy to choose Cohn as his chief counsel. After McCarthy’s downfall, Cohn resigned from the Senator’s staff and began a successful legal career in New York. Just seventeen years later, Cohn represented Trump in a countersuit against the government after they accused Trump of refusing to rent out his apartments to black people. It was the beginning of a beautiful friendship. At a party in the early 1970’s, Cohn introduced a young Trump as the kid who is ‘going to own New York someday.’. Although Cohn died from AIDs in 1986, his former lover Peter Fraser states he still hears Cohn in Trump’s speeches, “that bravado… if you [say] it aggressively and loudly enough, it’s the truth.” Cohn’s forceful and deceitful methods of getting the result he desired – which clearly worked for him and McCarthy in the 1950s – obviously making the man who is president today.

Viewing Trump’s campaign in this light, the parallels with McCarthy become even clearer. Trump’s campaign was riddled with personal attacks (Megyn Kelly, Rosie O’Donnell, Jon Stewart, Bill Clinton, Ted Cruz, etc.) that ran in the same vein of the ones that made McCarthy’s crusade against communism famous. Both used lies in order to win power, with Trump claiming Mexicans are flooding into America when more are leaving than arriving while McCarthy shot to fame after falsely claiming to have a list of 205 known communists within the government.

See if you can guess if McCarthy or Trump said the following, “our job as Americans and as Republicans is to dislodge the traitors from every place where they’ve been sent to do their traitorous work.”

A week is a long time in politics

As a self-identifying eco-socialist, it is quite clear that I would never see eye-to-eye with President Trump, but I have to admit, I was one of those fairly optimistic “oh maybe he won’t be as bad as everyone is making him out to be” kind of guys.

However, the first week of the Trump presidency has already undone years, even decades, of human rights and environmental protections that many activists and politicians have dedicated their entire lives to winning.

On Monday, Trump launched an attack on women’s rights, but don’t worry, he didn’t grab anything this time – instead he signed an Executive Order to restrict Federal funding for NGOs which promote or carry out abortions abroad. This move will have its greatest impact on women in developing countries and therefore will affect women of colour disproportionately, giving the Trump administration’s policy an undertone of racism. It also seems like a step towards a ban on abortions in the US, something that Trump has voiced his support for. Alarm bells should be ringing already.

The first week also saw a continuation of Trump’s dismissal of the world’s scientific community regarding Climate Change and saw him sign an Executive Order allowing the go ahead for the Keystone XL and Dakota Access Pipelines: no shock here considering his close links to oil industry groups. But these actions go beyond undermining decades of environmental campaigning. The complete disregard for indigenous Native American land and culture feeds even more into the inherent racism of the Trump administration, placing profit and greed before heritage and sustainability and jeopardising future generation’s energy security.

Finally, the infamous Wall got the go ahead on Thursday, with Trump still determined to make Mexico pay. The question everyone is asking is “how”? Any tax on Mexican imports into the US is likely to have a limited impact as Mexico is likely to retaliate by raising prices, leading to a trade war. President Trump was optimistic at the beginning of the week about improving relations following a scheduled meeting for the end of January with President Pena Nieto in which he had hoped that things would “get better”. But Trumps lack of diplomacy skills pushed Pena Nieto too far and the meeting has since be called off. Is this evidence of Trump taking America back to an (unintended?) state of international isolationism?

The next few months are uncertain, but we are likely to see more attacks on minority groups. Attorney General appointee, Jeff Sessions intends to reintroduce the controversial First Amendment Defence Act (FADA) which will allow discrimination against the LGBTIQ+ community on religious grounds. Gay rights, like those of women and immigrants are already being threatened, and our Conservative government appears to care very little about this.

What we are currently seeing in US politics is a corporatist coup: an undoing of the historic beacon of democracy, liberty and right; all in the name of profit and unsustainable ‘growth’.