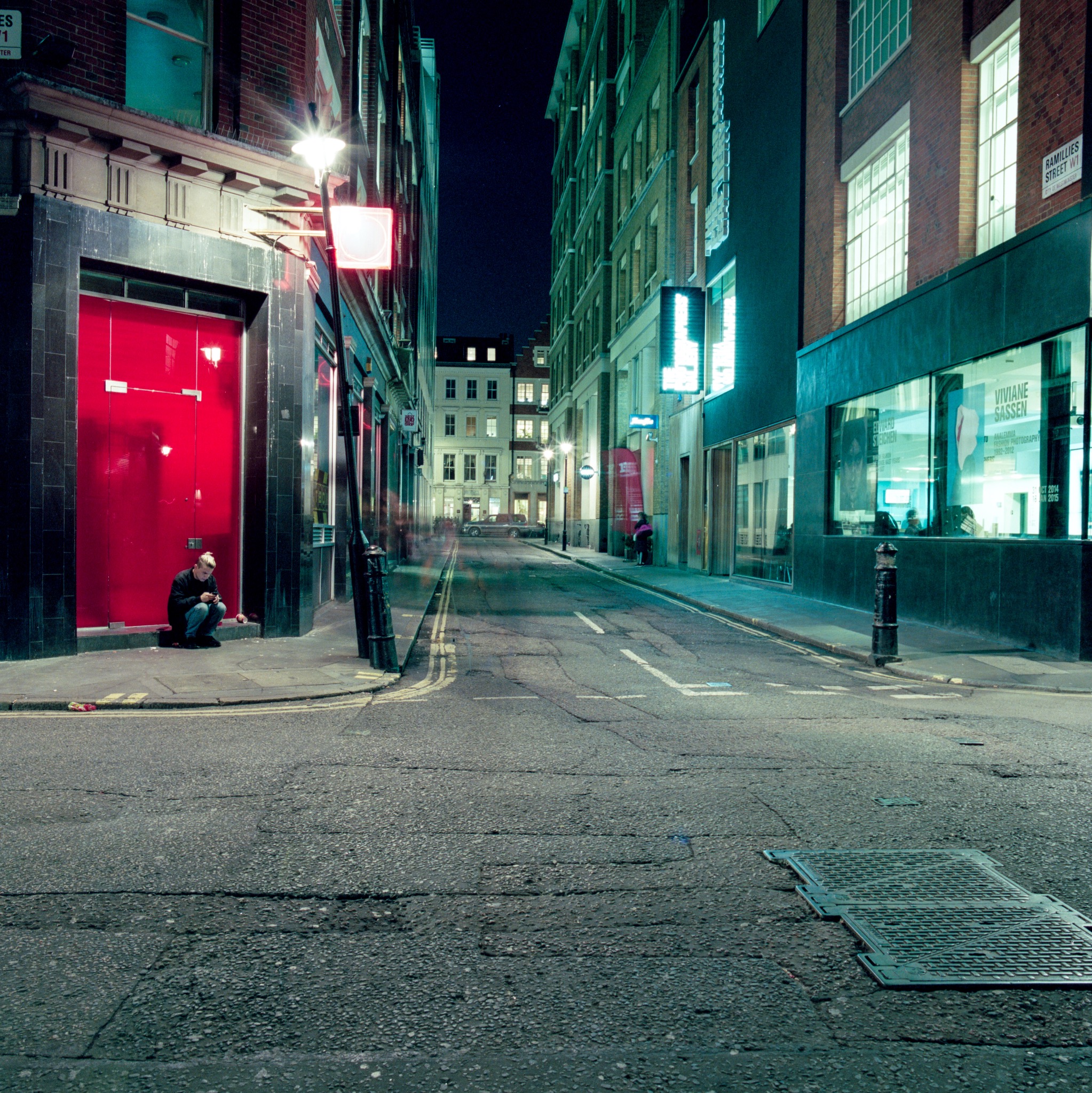 The future of student nightlife in London

Nightlife is an inevitable part of human existence. The word ‘nightlife’, for some, is intertwined with prejudiced preconceptions of debauchery and criminality, associating the crime that occurs at night with the concept of ‘nightlife’. But this is not the case. Queen Mary’s Underground Music Society (UMS) endeavoured to challenge the public conceptions of nightlife in an effort to emphasise the importance of it, not only for students, but for the social fabric of London. In order to spark this discussion on nightlife, and why its existence in London may be threatened, the UMS Committee organised ‘An Evening with the Night Czar’, a panel debate involving the Mayor of London Sadiq Kahn’s newly appointed Night Czar, Amy Lamé. Alongside this, the founder of Dalston’s Passing Clouds venue, Eleanor Wilson, and The Nighttime Industries Association’s Alan Miller formed the panel.

This array of experienced nightlife veterans, each with a unique and inspiring perspective, shed light on the fundamental questions facing the status of London’s nightlife: What is life at night, and why is it under threat? Following the recent closure (and thankful reopening) of Fabric in London, fuelled by the popular #SaveFabric campaign, the political uncertainty facing nightlife and clubbing has been unveiled. In an attempt to preserve the core value of London’s culture, Amy Lamé has undertaken the role of London’s Night Czar, placing her at the frontier of the city’s life, activity and safety after dark. However, the challenge that faces her is no simple task, with 40% of London’s music venues and 50% of its clubs resulting in closure since 2008. This loss of nightlife establishments is not only detrimental for London’s residents and tourists, but particularly for the aspiring owners of grassroots business and venues that fuel the diversity of London, celebrating music and culture. This rapid closure of venues, bars and clubs directly correlates to the gentrification of London, with luxury apartments replacing independent businesses, and economic prioritisation forcing out hotspots of creativity, sociality and culture that grant London its reputation as a city of diversity. As Amy outlines, ‘its always going to be worth more to turn something into luxury flats, than to have an artist’s studio. But what do we value as humans? Do we want to be the emoji with dollars in its eyes?’. Amy raises a very essential anxiety here which is prevalent in contemporary society – is economic prioritisation posing a threat to the protection of culture, society, and our lives as students? This correlation between declining nightlife and economic pressure is emphasised by the Night Czar, claiming that ‘the future is bright… in the dark though. We’re facing a really interesting time, there’s a lot of pressure on our services, nobody has got any money, but we all need to channel our inner activist’. It is therefore up to us, the student and residential London demographic, to protect and cherish nightlife culture.

Exacerbating this, the socio-political ‘war on drugs’ and stigma surrounding binge drinking, club culture and night crime have all contributed towards tightening council restrictions on licensing, and have distorted the public perception of what nightlife genuinely is. Amy Lamé has been working closely alongside all stakeholders involved in nightlife in order to find ways of preserving it and protecting areas of cultural wealth and variety. After running her own club for over twenty years, Amy’s understanding of the social significance of nightlife is paramount. This experience has placed Amy as the protector of the night-time economy in London, with Sadiq Kahn recognising the vitality of London as a 24 hour, thriving city. ‘To have a mayor who understands [the importance of nightlife] is a gift’, states Amy, as the activities that occur at night in London are no less significant for the economy, culture or welfare of the population, compared to life in the daytime. Whether it’s interviewing tube drivers, or getting hands-on empirical experience of what the fluid nightlife scene as to offer, Amy lives her life at the core of London’s culture and encourages that we, the public, unite in protecting London’s integral nightlife. In order to do this, we need to firstly recognise the multitude of positives that are brought about by nightlife; from social unity and employment opportunities, to maintaining London’s tourist economy. Amy highlights this, claiming that we must begin ‘changing the conversation from the costs of night-time life to the benefits’, ‘it’s not just about changing the conversation, its about having the conversation’.

Amy’s policy of transparency regarding nightlife, and all it entails, encourages healthy discussion and debate about the social stigma surrounding club/bar culture, and how the problematic reputation of the night-time economy can be dissipated. The Night Time Industries Association’s Alan Miller shared this perspective on the reputation of nightlife, expressing the view that the public perception of club culture must change. Tales of drug use, violence and debauchery in music venues threaten to override the integrity of celebrating and creating music, culture and ultimately art. Alan works with the ‘ecosystem’ of nightlife, from the students visiting clubs, to the fire service, investigating problems and forming solutions to prevent ‘the suffocation of the most dynamic parts of London’. As fierce supporters of the #SaveFabric campaign, Amy and Alan outline the importance of changing the narrative in society, from ‘nightlife is antisocial’, to ‘nightlife is an economic, social and cultural treasure’. With statistics revealing 300 million visits to London after 8pm per year, the gravity of London’s vibrant nightlife cannot be overstated. Alan tackles the social stigma of club culture directly, stating the undeniable truth that ‘it isn’t venues that create crime, it’s individuals’. If a member of the public were to overdose due to MDMA in Sainsbury’s, the supermarket chain would not face closure, so why should a club venue? Yes, drug use and violence has been shown to correlate with the dark, atmospheric and surreal nature of a club environment, but this is ultimately the choice of the individual, not the venue. There is only so much a building can do to prevent the people inside it from displaying certain behaviour, and if a club provides security, searching and confidentiality, then they should not be blamed for the free will of an individual.

This social stigma surrounding club culture threatens not only the nightlife venues themselves, but also the rich student population of London that enjoy them. With the recent reopening of Fabric, further restrictions have been enforced, with the entry age of the club being changed to nineteen. But is this actively excluding students from nightlife? Alan faces this question defiantly, asking the thought-provoking question, ‘You’re 18, you can go to war, but you can’t go and dance in a nightclub?’. Through changing the age restrictions on a club, excluding the younger population and making clubs close earlier, the behaviour of individuals may not necessarily change. ‘If an adult decides to do something, it’s called personal responsibility’, Alan explains. ‘You don’t have the Royal Opera House closed down if someone mugs someone’, and ‘TFL doesn’t close down when people have fights’. If the core issue is crime, then why are the perpetrators not being arrested? Why are the venues being blamed, but the individuals aren’t? Alan ultimately highlights the fact that we need to take people committing crimes seriously, and hold them responsible for their own actions. Raising age restrictions on clubs will not prevent criminal behaviour, and raises problematic issues when groups of people are banned. ‘We need to have an honest conversation about drugs in Britain’, Alan expresses, and only then can we begin to forge solutions between the council’s prioritisation of public safety, and the public’s right to express, celebrate and share art and music at night.

In the wake of Fabric’s reopening, which brought the status of London’s threatened nightlife further into the public eye, Alan outlines that ‘there has been a deficit in Britain where we think small’. But, now is the time for the new generation of nightlife, with culture, art and the economy being the forefront of the capital city. Educating people on the benefits of nightlife is essential, as Eleanor Wilson outlines. ‘Night-time venues provide a really essential social service’ of which ‘councils and authorities should be more supportive’. It is often the case that the most inspiring, raw human art emerges from places that are considered to be inappropriate. Artists have used their spaces to create culture, but now artists are losing their space. Eleanor highlights Dalston as a victim of this artistic suffocation, claiming that ‘you can’t use space if you don’t have the money for it’. Therefore, by facing issues of economic prioritisation, and the social stigma surrounding nightlife, Eleanor provides an optimistic outlook for the future generations to protect our nightlife.

The fundamental message to take away from this experience is that nightlife isn’t confined to disreputable behaviour in dingy clubs and bars. Amy Lamé emphasises the fact that ‘we are ultimately social beings, we are meant to go out at night and socialise’, with one of her most popular requests as Night Czar asking for cafés extend their opening hours. Nightlife, ultimately, is culture, exploration, innovation, and an unmistakable opportunity for social unity. As Amy eloquently states, ‘it’s all of life, but in the dark’, and it must be protected.