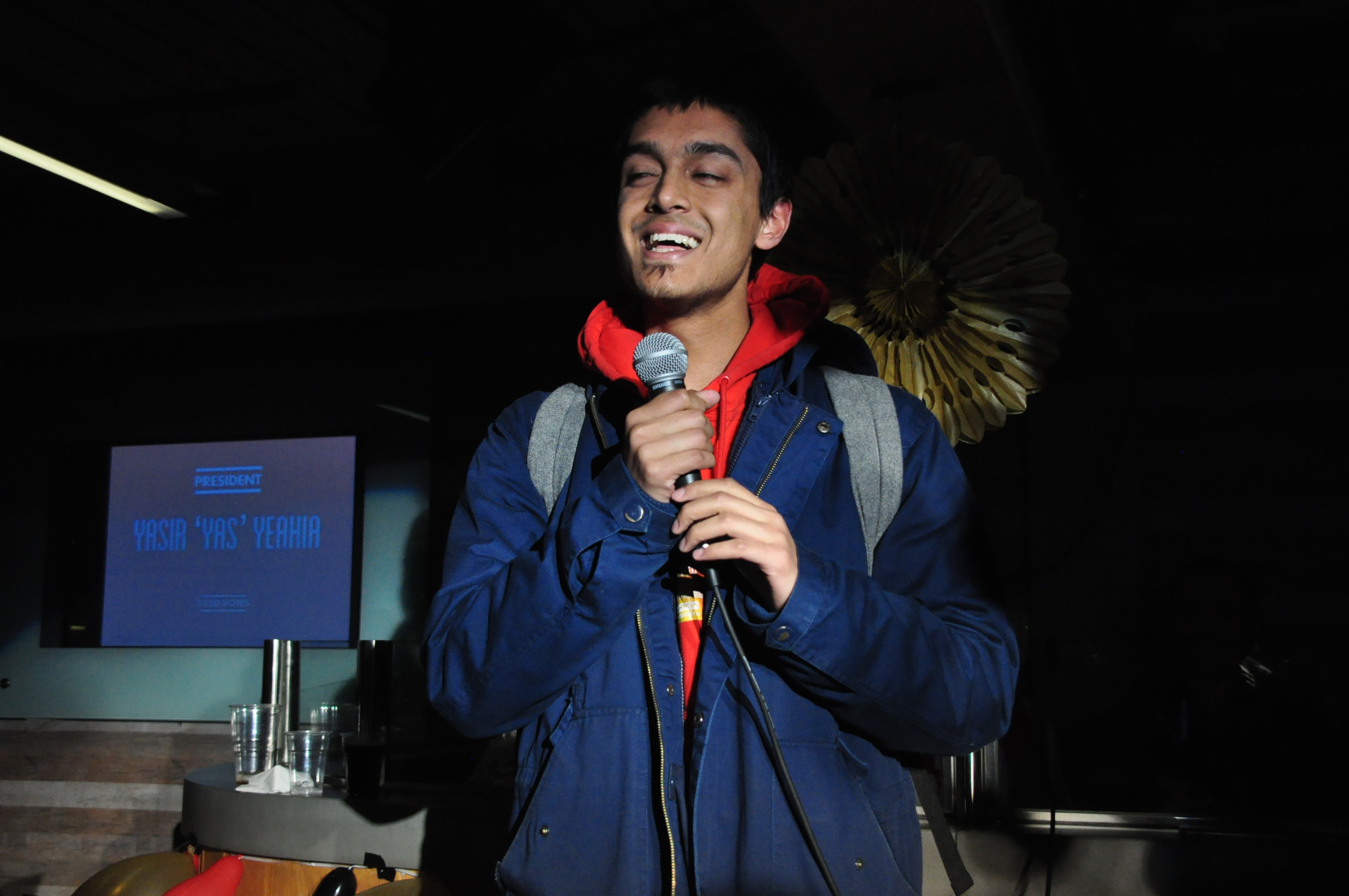 “I hope the Union is ready, because we’re about to make a big change”

Elected on the fourth round of counts, he won with 2150 votes, beating current Vice President Welfare Adam Sparkes who received 1434. Giulia Olayemi and Ana Tarniceanu were excluded in the third and second round respectively.

In his victory speech, the ‘Union Connoisseur’ thanked his campaign team and declared ‘I hope the union is ready, because we’re about to make big change.’

The Print spoke to an emotional and excited Yas just after his win was announced,

How are you feeling right now?
It still hard to take in, [I’m] still processing it. But ultimately, I’ve always said this, it’s not about me. There have been so many people working behind the scene who deserve way more credit than me. This isn’t a win for me alone, this is a win or each and every one of them. That’s why they celebrate more than me. It meant more to them than it did to me and that says a lot about my team.

Why do you think you appealed to voters?
Ultimately, you need to be real. You need to make sure that when you talk to these people you don’t just sell them a dream, or sell them something that you think might happen, you make them believe in you, as an individual [and in] the message that you send. The reason why [I ran] isn’t for the sake of one person, it [was] for the sake of everybody. And ultimately, regardless of whether they like me or not, I will be doing everything I can to cater to [students’] needs.

You said at the end of your speech, you want the union to ready for a “big change”. What is that big change.
I’ve touched on bureaucracy a lot. Ultimately, what need to be done is students need to feel empowered again. For some reason, QM has been so depoliticised that a lot of the decisions that are made have no accountability in my opinion. Most importantly, there is a lack of awareness. We’re trying to increase awareness, not just in the sense of decisions but also in the sense of accessibility for students of any kind. We’re trying to bring back the SU from the high pedestal lower down so it’s part of grass root level political activities. If we can do that, not just in my year but if we can put the seeds in place for future years, then that’s all that matters.

Former President of the African-Caribbean society Mary Ojo won the position of Vice President Education with 1415 votes on the fourth round, defeating Monty Shield, Alhasan Eshawesh and Jacob Lam.

Speaking to the crowd, Mary said ‘she almost didn’t run’ because she “didn’t think [she] could do it”. She was also keen to thank everyone who had supported her campaign and now “can’t wait to get started”.

Ahmed was ‘lost for words’ but wanted to express his gratitude for his campaign team who were “on campus at 8am every day” handing out leaflets and talking to students.

Rakin Choudhury, who ran unopposed, became the Vice President of Barts and the London with 2083 votes, R.O.N. received 683 votes. Rakin could not attend the results party because he had an exam in the morning so a friend of his came on stage to speak on his behalf and thanked everyone who helped him to his win.

There was a 25% turnout from students this year with 5160 voters in total, a 5% increase from the 3759 from last year. This may have been due to the heavy promotion and marketing by QMSU, as well as the ‘Vote Fest’ which took place in Library Square during the last hours of voting.

This is also the first all Black Minority and Ethnic Executive Committee in the SU’s history.

Candidates had to endure a long wait to see if their campaign had been successful with the final results arriving two hours late. When former QMSU President Sophie Richardson, who had returned to declare the results, announced there would be small break before the reveal of the winners of the Executive Officer roles, she was booed by the audience.

Current QMSU President, Miranda Black, reflected on the eventful evening saying she was “so proud of the work that all of the candidates put in! It was amazing to see how many people engaged with the elections this year.”

When asked about her final few months in office, Miranda said, “The next few months are gonna be fab, there are a lot of exciting things about to happen (library related, faith space related). It’s gonna be one hell of a handover.”