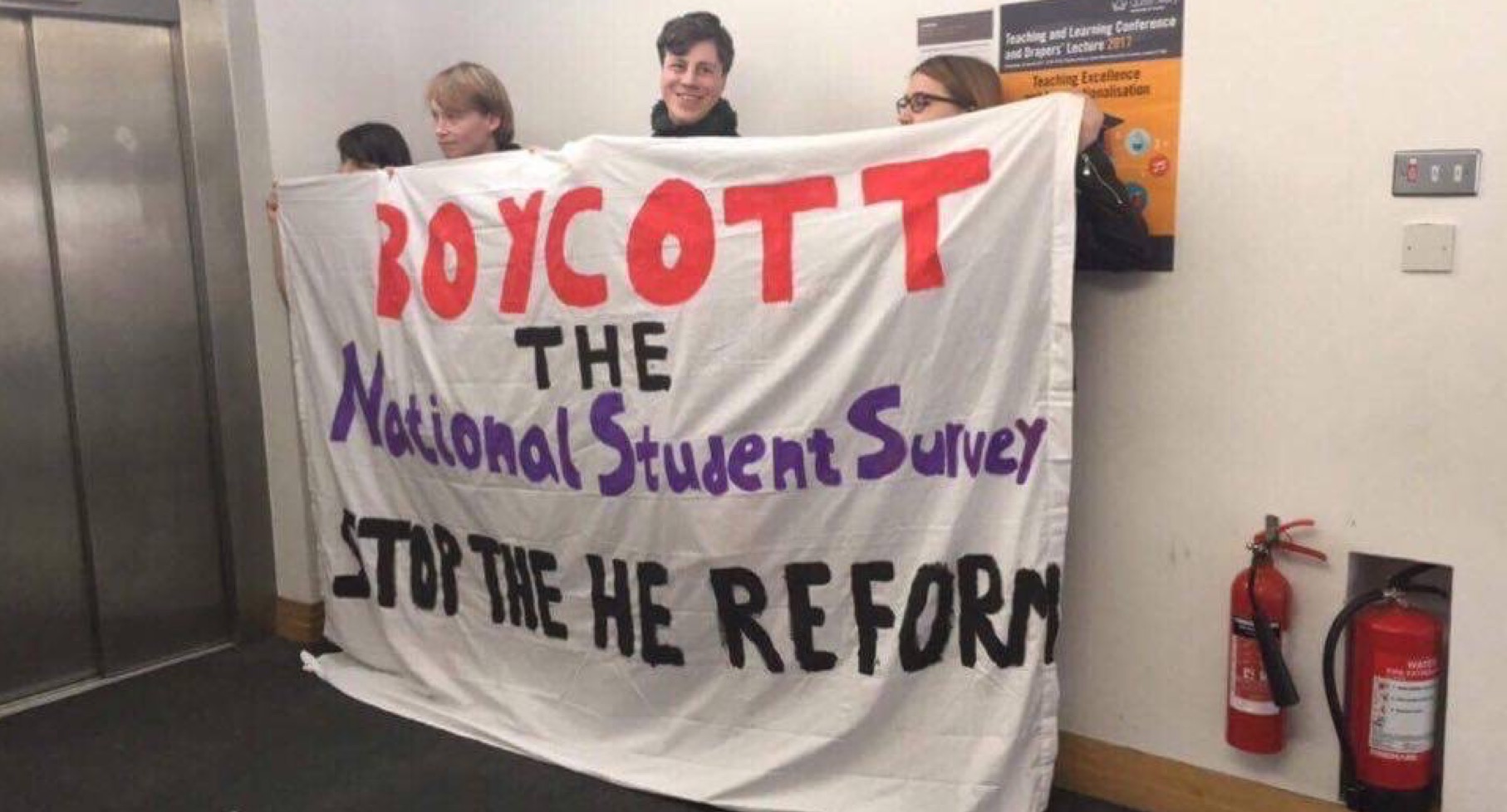 By Elmira Tanatarova on 27th February 2017

It is hard for the average QMUL student not to have been exposed to the university’s promotion of the NSS – the National Student Survey – by this point, with our student ambassadors plotted around the campus and the library desktop screens flashing its logo brightly.

Similarly, it will have been hard to miss the posters dotted around with a contrasting message: “Boycott the NSS”. In that, many students may be surprised to hear that the Mile End QMSU has agreed to promote the boycott of the NSS (a campaign they will keep promoting from January 30th to April 30th), as well as the implementation of it in part of TEF: the Teaching Excellence Framework established by the Conservative government, and most especially Jo Johnson, the University Minister. Their goal is to make sure that, in most of QMUL’s faculties, less than half of their student body participate in taking the survey, thus making the data unpublishable.

Most of the boycott promotion has been via posters and handing out leaflets, with a social media presence on Facebook; the QMSU also staged a protest at the Teaching and Learning Conference which took place this month. Their main concern in boycotting the NSS lies with TEF’s plan to use said survey as 50% of their evaluation of universities (along with employment data six months after graduation and retention scores), which they will then rank in a new system, olympically placing universities as either Gold, Silver or Bronze. Universities which manage to place in Gold and Silver will be allowed to raise tuition fees for all students by inflation each year, and for those who make Bronze, by half of inflation.

Miranda Black, QMSU President, emphasises that the Union sees a problem with this money coming from the students rather than the government, and fears that this will limit many lower income family students from joining QMUL. Adam Sparkes, VP Welfare, adds that “…if we can afford to drop bombs in other countries, we can afford to educate the working classes”. Anthony Smith, the VP for Education and Student Affairs at University College London, has too expressed concerns, stating that: “There is a risk that this is going to drive a wedge between students and their institutions. They will feel their feedback isn’t being used to improve their experience, but as a vehicle to put their fees up. I’m worried about that”.

Jo Johnson, however, insists that: “The framework will give students clear, understandable information about where the best teaching is on offer and, for the first time, place teaching quality on a par with research at our universities”.