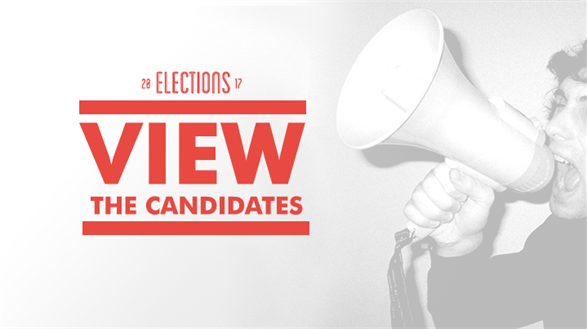 By Maariyah Dawood on 18th February 2017

The Blomeley rooms in the SU Hub were packed as candidates gathered for the pre-election meeting, where student union staff briefed them on the elections process.

Current QMSU president Miranda Black opened the meeting, wishing the candidates well, offering them support and advice as they embarked on their campaigns. She also reminded candidates to keep it friendly, telling them to ‘make your campaign about you and let yourself shine’.

Union staff went through the Transferable Vote System and the rules and regulations surrounding campaigns (‘Don’t campaign near polling stations, no megaphones, give us your Twitter handles’ etc). Candidates were also reminded to take care of their wellbeing, and the Union will offer free breakfasts at both Whitechapel and Mile End this year.

Despite motions bought to student council to ban them, endorsements by student groups will still be allowed this year as the matter will be resolved at the next Company General Law meeting. However, QMSU has set stricter rules surrounding endorsements this year. Student groups must inform the union of how they are deciding who to support and must not promote their endorsements prior to gaining SU approval.

There are 48 positions available this year, including the four full-time paid executive roles.

The Vice President Welfare position has 7 candidates in the running, and the NUS delegate position is also hotly contested with 12 students standing.

The Print caught up with some candidates to ask why they were standing and their initial aims.

Peter Whitehead, co-president of the Debate society said he was running for Societies Officer to, “promote student engagement in societies and have societies work more closely with welfare. I think societies can and should be playing a much greater role in ensuring their members are looked after”.

Renad Khundaji, third year Dentistry student said she was standing to be a student trustee because she wants a, “fairer and transparent QMSU that allows for open discussions”.

Also re-running this year for Vice President Education and NUS delegate is Monty Shield, who said he wants to continue the campaign against the counter-terrorism policy Prevent. “There is a rise in racism after Brexit and the election of Trump and I want to ensure the students’ union stands up for their students.”

A full candidates list can be found here: https://www.qmsu.org/elections/positions/