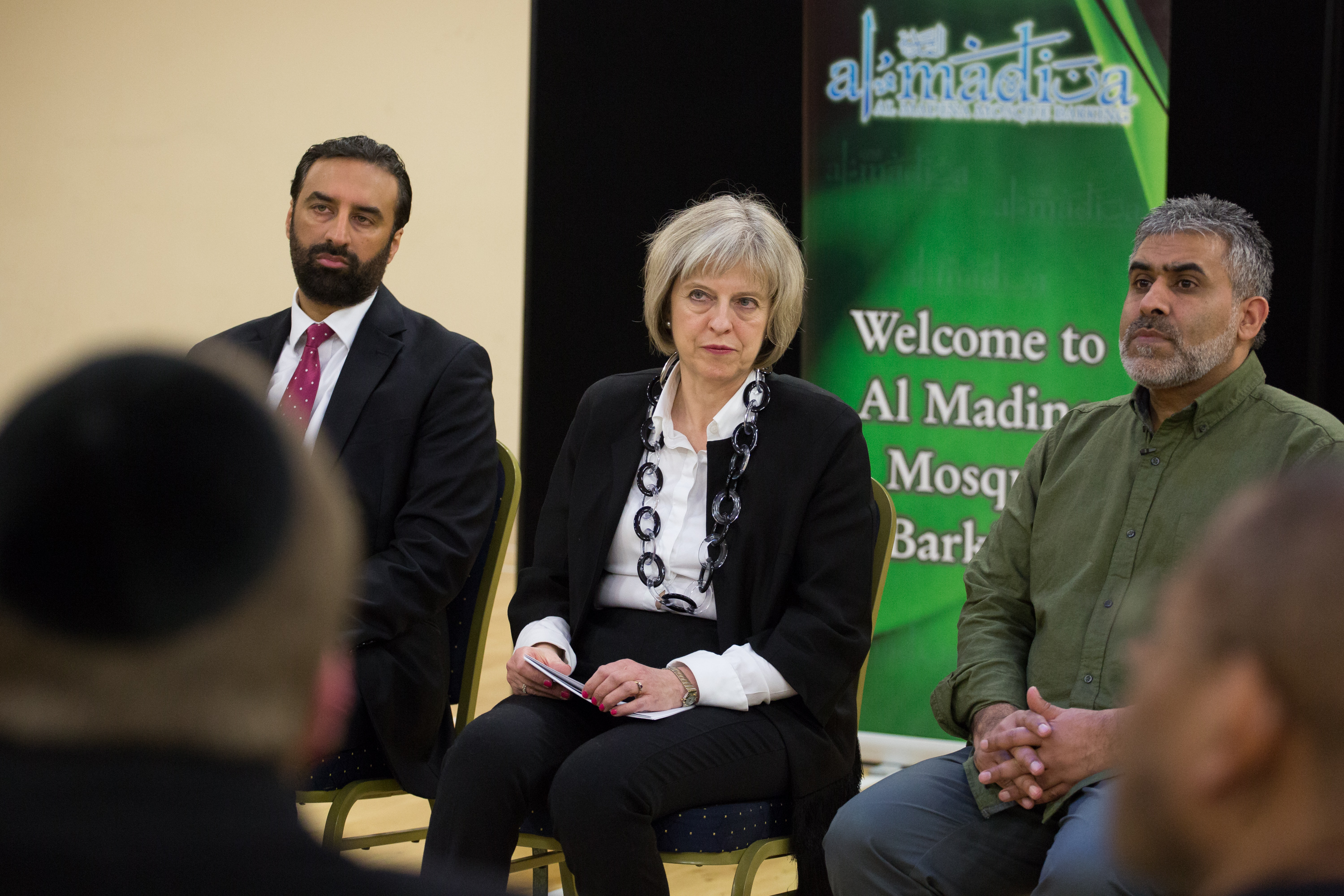 Read The Print’s exclusive interview with the Prime Minister’s most controversial garment.

It was a Thursday afternoon when I finally saw her. We had been corresponding for a while but setting up a meeting had proven rather difficult to organise. My interviewee’s frequent attachment to the lower half of Britain’s most powerful figure meant her schedule was often quite full. Thankfully, the impossible happened. Theresa May started wearing Adidas jogging bottoms about the house to appear “more down to earth”, so my guest believes, and suddenly she was available.

We agreed to meet in a quiet Westminster bar. The only other customer was a rather sullen looking political pundit, nursing a neat whiskey and slowly eating his hat. The most popular dish on the menu, according to the waiter.

I sat anxiously waiting for about 10 minutes, wondering whether my skirt would cause offense when suddenly she arrived. I was momentarily blinded when the light from the opening door hit her chocolate leather surface and hit my eyes. She clearly waxed for the occasion.

She requested a duck feather cushion to sit on and, once seated, lit a cigarette with a crisp £20 note. I tried to say that it was illegal to smoke in public spaces but she merely cackled and threw the still-lit note onto a rare Turner landscape that was hanging on a wall close to us.

She ordered us a bottle of Salon each and, after a couple of glasses, we were able to discuss her recent exposure in the press.

Why did Theresa decide you were appropriate attire for that controversial interview?

She never listens to me. I told Theresa she should just wear a pair of jeans, thought jeggings were a bit of a stretch. They’d show her more relaxed side; I swear, sometimes she’s only slightly tense. But oh no, it had to be me. She’d look cool, like a maverick. That would get the voters relating to her.

Well (puffs cigarette), I’ve been called a lot of things in my time, but no one has ever called me relatable. I’m hardly the poster child of austerity, am I? If only she had been posing for a Waitrose ad, I would have been up for that.

I won’t lie, it’s been a struggle. I always prided myself on being an individual. Now I find out the company has sold out of me. Now every yummy mummy from here to West Oxfordshire will be out in a pair of me, looking for organic yak cheese and Joni Mitchell CDs.

Ugh, and I can’t even walk to the local haberdashery without someone calling me posh or over-priced. She’s started wearing Adidas tracksuits now you know? To make her seem more down to earth. What do people want from me? For heaven’s sake, I’m a pair of chocolate brown leather trousers, I’m quite aware of how po—

It was then that I had to stop the interview. Nicky Morgan’s handbag came rushing into the bar. The two became embroiled in a scuffle. The political pundit tried to reassure me by predicting no harm would come to either of us. I was struck by a shard of zip and the pundit was rushed to hospital, suffering from wounded pride.