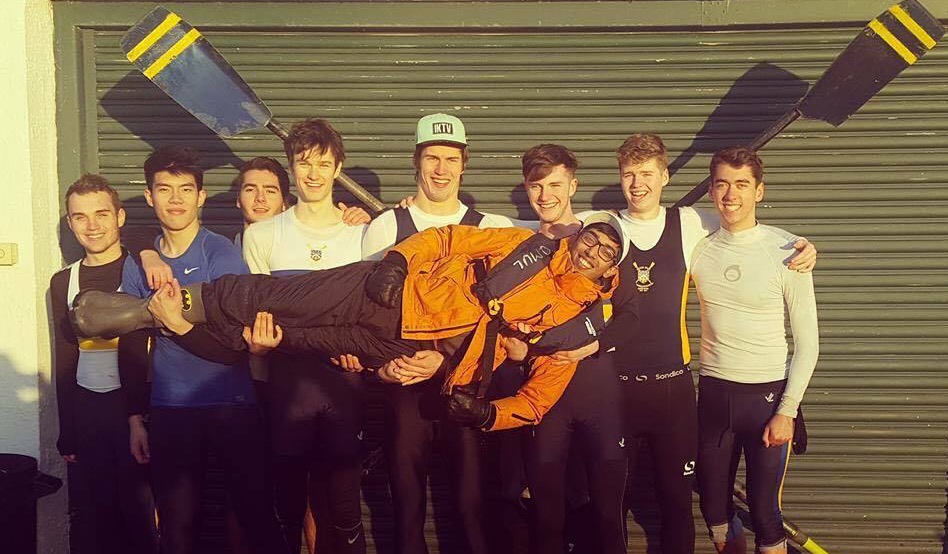 By Penny Mittonette on 29th January 2017

Queen Mary’s Rowing Club has been around for a while, since 1910 in fact. We have a long and proud history as the one of Queen Mary’s most established clubs and have a heritage of producing some of the finest oarsmen and women. Some of our rowers have even gone on to be Olympians, with two making up part of Sir Steve Redgrave’s gold medal winning crew in the 1986 Games in Los Angeles. However, in that 106-year history it is unsurprising that we, like the tide of the Thames, have had high and low times. Most notably and recently was a small incident that saw an amateur recreation of Titanic. That being said, our performance has not been hindered and we are moving upward once again thanks to our dedicated committee.

We take great pride in our club both on and off the water. Queen Mary’s success over the course of the past three seasons has been undeniable. Last year the Women’s First XIII won the Allom Cup 2015 in their category as did the Men’s First VI. Both teams saw success in the annual race against King’s College Cambridge, with the women earning a clear victory. Our novices have also been impressive. They were placed a close second in the 2016 Novice Head, and placed third in Fresher Sprints 2015. This season has been no exception for success. Following a short period off the water, the Novice men returned to come first at Fresher Sprints 2016 in their category, with the women coming second in both of their races.

With great success comes great celebration. Our reputation precedes us when I say that we take our socialising as seriously as we take our training. From formal dinners, pre-race crew meals and pos race blow outs, we cater to all social needs. After all, morale and unity are vital in performing as a crew.

Rowing is a unique sport. It is not easy to pick up a sport in university and become a professional by the end of their degree. Anyone can try their hand at it, there is no prerequisite. Your fitness, like your technique, can be improved. We train for competitions, both national and local, aiming to provide a platform to not only get fit but also to represent the university. We understand that it can be a demanding sport, which is why we have two teams of casual and competitive rowers. To get involved, ask to join our fresher page ‘QMULBC freshers 2016-17,’ and get in contact with the Novice Captain.