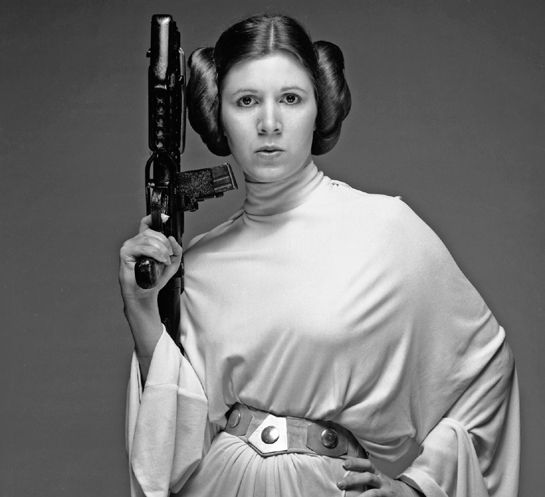 Carrie Fisher: So Much More Than Our Space Princess

The world mourns another fallen star, but do the social media posts really capture her legacy?

When the world heard the devastating news of Carrie Fisher’s death, tributes, reactions and condolences started pouring in. A true icon of our time, it was heart-warming to see Fisher remembered for so much more than just her role in Star Wars.

Many remembered her as a spokesperson for mental illness and addiction. This is not surprising, considering that she even called herself ‘Joan of Narc, patron saint of addicts’. She spoke widely and openly about her bipolar disorder in a time when society was not ok with mental illness. Before celebrities became advocates, before articles were written, and before awards were handed out for issues such as mental health awareness, she always spoke about addiction and mental illness bluntly without any sugar coating.

She once stated, ‘I am mentally ill. I can say that. I am not ashamed of that. I survived that. I am still surviving it, but bring it on.’ She was a woman with mental illness who refused to be painted as a hysteric. Her honesty about mental illness is what many people, especially those who also suffer from mental illness, remembered about her, as it encouraged them to embrace and speak out about it themselves.

Others remembered her outspoken criticism of Hollywood’s treatment of women. Fisher never shied away from revealing her personal experiences of sexism she faced in her industry. She revealed that she had been asked to lose weight to play Leia in the original Star Wars and then again 40 years later for the seventh instalment, The Force Awakens. She exclaimed, ‘They don’t want to hire all of me – only about three-quarters! Nothing changes, it’s an appearance-driven thing. I’m in a business where the only thing that matters is weight and appearance. That is so messed up. They might as well say get younger, because that’s how easy it is.’

During the later decades of her life, Carrie Fisher became better known for her persona than her actual achievements, and this was something that was overwhelmingly present in her tributes. Her unique personality shined through in every interview she did. Her sharp wit, intelligence, fun-loving personality and the fact that she was incredibly funny, were some of the many wonderful characteristics pointed out by friends, family and fans, with a lot of people saying that was what they would miss the most.

Of course many remembered her for her much beloved role as Princess Leia in the Star Wars franchise. But what was great to see, as a Carrie Fisher fan as well as a Star Wars fan, was that one role did not end up defining her as a person. Her legacy and her accomplishments both on and off screen are multifaceted, and this was undoubtedly portrayed in her tributes.

The world mourns another fallen star, but do the social media posts really capture her legacy?