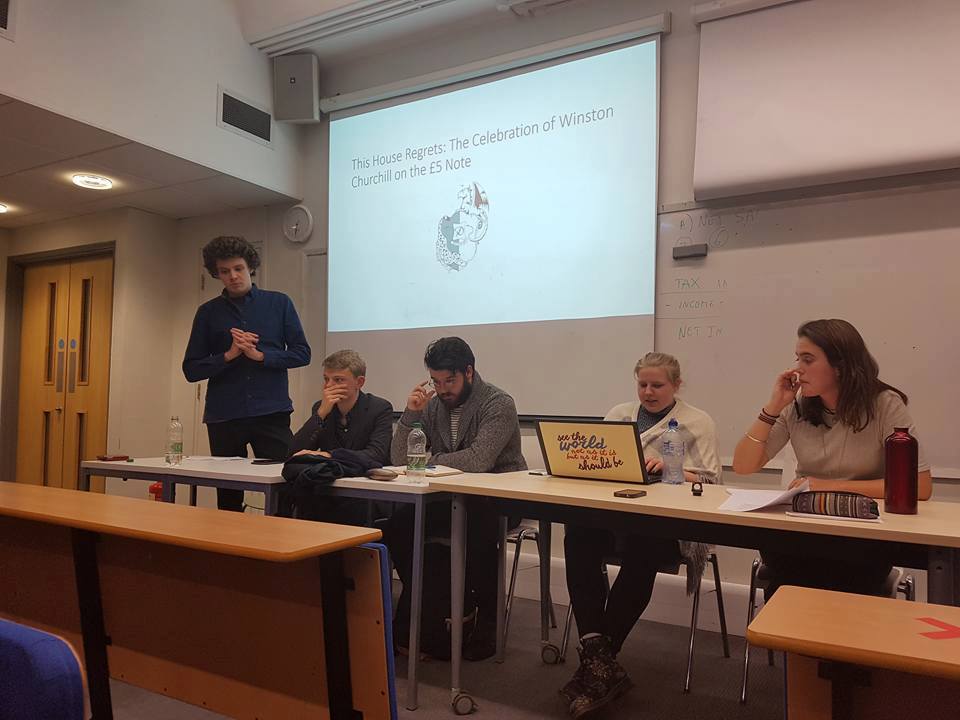 Argue Your Way to the Top

By Urmika Mani and Peter Whitehead on 28th January 2017

From private discussions to public debates and inter-varsity tournaments, in Debate Society your voice will be heard

So, why join us at Debate Society? (I mean, other than the obvious ‘I’m in my second year and my CV desperately needs something that makes me sound clever’?) Well, a few reasons spring to mind. Probably the most crucial one is the fact we offer weekly training in British Parliamentary Debating. Now, this may not sound entirely relevant, but most likely you’ll find yourself having to speak in public; regardless of which field you go into, odds are you will be dealing with clients or giving presentations. Sure, you may not be shouting ‘Point of Information!’ at your boss anytime soon – nor would I recommend trying it, to be honest – but our training will probably make you considerably better at speaking publicly, and boost your confidence in your ability to do so.

We host public events, free and popular amongst all members. So far, this academic year our public debates have included a discussion about the controversial ‘Prevent’ strategy (in which we had the President of the Muslim Association of Britain and a member of the Quilliam Foundation speaking) as well as a debate regarding whether Winston Churchill deserves to be on the new 5 pound note. We have many more debates coming up that will follow suit in 2017, so keep an eye on our Facebook page!

We also offer free entry and transport to inter-varsity debating tournaments, such as LSE and Cambridge – and we ensure you’ve had the training to be able to hold your own against other elite institutions. One of the highlights of our year was taking part in the Cambridge inter-varsity tournament, which provided invaluable experience and an opportunity for us to network with other debaters from institutions such as Ivy League Universities. We have also partaken in other tournaments in Universities such as UCL, with many more coming up very soon. This includes our very own tournament on February 4th, which will be the event of the year. Obviously.

If you’re not keen on entering tournaments but would still want to share your views, we’re also in the process of setting up a website. This will be a place to voice your opinion and engage in discussion with your peers, with pieces from students to be uploaded on a rolling basis, so message our Facebook, or sign up to receive our newsletter by emailing qmdebate@gmail.com if you want to write for us.

So why not sign up for debate? You might enjoy it. And you’ll have something super impressive to tell your parents. They’ll be much more likely to lend you money if you sign up. (Hopefully)