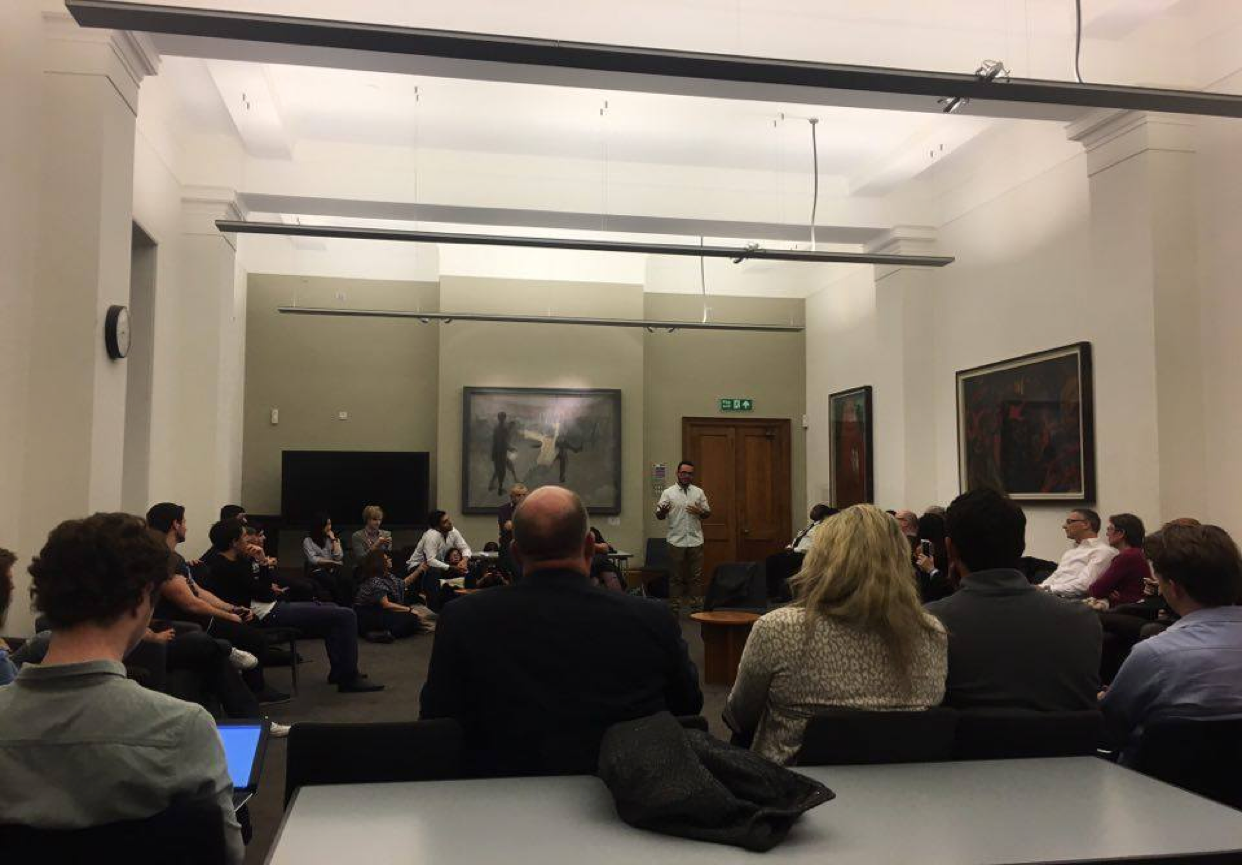 “We All Want a Solution, and a Peaceful Solution”

By Elmira Tanatarova on 12th December 2016

A QM student, Devora Khafi, speaks to the Print about the UCL Israeli-Palestinian campus conflict.

“I just wish people were more aware of the struggles pro-Israeli students and Jewish students face on campuses and across the UK…When I first moved here I didn’t tell people I was Jewish and that I used to live in Israel…and it’s hard to live in such an international city like London, you of course don’t want to hide who you are, but you do it for safety.”

Devora Khafi was one of the students to have experienced the upheaval felt at UCL on the 27th October, when Hen Mazzig, an ex-Israeli defence soldier and member of COGAT (Coordinator of Government Activities in the Territories) who has famously spoken out for peaceful activism, was a last minute speaker at the campus. He was there to discuss ideas of conflict negotiation and resolution, in what Khafi describes as the attempt to deliver a “positive message” on the issue experienced by both sides. “I think at this point in time, everyone wants a positive message,” she adds. However, as Mazzig was a Pro-Israel speaker, Palestinian solidarity protesters gathered outside the venue to protest the speaker, whom they saw as a war criminal. As the night progressed, the protests were reported to have become increasingly violent, with two students attempting to climb in through locked windows, two students being assaulted, and one suffering an anxiety attack. When asked about her thoughts, Khafi shares that it’s “hard to explain” the “shock” she felt at the campus experience. “Having witnessed these issues escalating over the past year, year and a half, it was shocking to see it become as bad as this.”

One of the main criticisms coverage of the story has received was that it portrayed the Palestinian solidarity protestors as villainous, and undermined their right to protest, as often can be seen on university campuses. To this, Khafi explains that she “understands that everyone has the right to a peaceful protest. I have been to events where Pro-Palestinian groups have protested before in the past year,” she explains, “and usually it was peaceful and everything worked out fine. However, I don’t believe that anyone should violently protest, and that was the case at UCL”.

Khafi also makes the point of emphasising the aspect of ‘anti-semitism’, which has been dubbed by the media as being confused with criticisms of Israeli policy. “So when you say things like ‘I hate what the IDF does’, that’s not anti-semitic, when you criticise Israeli policy, that’s not anti-semitic. But when you say, Benjamin Netanyahu is like Hitler…that’s clear anti-semitism.” She explains the harsh undertones many Israelis feel at the infamous chant, “From the river to the sea, Palestine will be free.When they say they want that area to be free, what are they saying? To us, it’s saying they want all the Jews in the area to leave, or get killed. I don’t think that’s a peaceful protest, and I don’t think that’s being pro-Palestine. I think that’s just being anti-semitic… it’s a hazy area, because nowadays people can get away with being anti-Semitic by being anti-Israel.” On the general negative coverage Pro-Israeli policy has received in the media, she explains that many people don’t take the time to consider two sides of an issue: “A clear example is the wall. People have called it the apartheid wall. I call it the security barrier…It’s sad to see an ugly wall in the middle of my country. It’s not a nice thing. But it’s something I’d rather have than war, and that’s not a narrative we hear often.”

In addition, she explains the fact that regardless of the coverage the conflict received, the issue is still misunderstood by many: “I just wish people would engage in more dialogue…People don’t know that these communities are not as separated as people think. That there is a lot of interaction going on. Within the Palestinian community there are so many different societies… and then in Israel you have about ten parties as well… you just have so many different people that it’s not a two-sided conflict. And it could never be a two-sided conflict. And I think conflicts in general are not two-sided.”

However, Khafi believes that it is in the hands of our generation to promote peaceful negotiation and discourse: “At the moment we have a lot of organisations coming in and creating events for students, and I feel like students themselves should contact each other and come up with events for a positive and proactive message.The main point is that we all want a solution, a peaceful solution”.