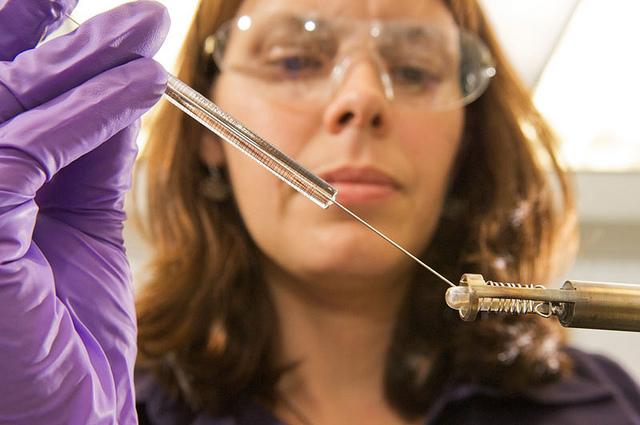 This November, QMUL is marking its work towards greater gender equality by submitting an application for an institutional Athena SWAN Silver Award. The Athena SWAN charter recognises commitment to advancing women’s careers and professional development in higher education and research.

The Equality Challenge Unit (ECU)’s initiative was established in 2005, originally to encourage higher education institutions to remove gender specific barriers to career advancement in Science, Technology, Mathematics and Medicine (STEMM). Since 2015, the charter has been expanded to wider academic areas, including the Arts, Humanities, Social Sciences, Business and Law. Now it no longer only applies to women, but also men where appropriate, in academic roles and as professional support staff, and it also includes trans staff and students.

The Athena SWAN charter celebrates good practice in recruiting, retaining and promoting women in higher education with awards of different levels. Queen Mary received the Bronze award in 2010 and this was renewed in 2013, for the institution’s demonstration of commitment to progressing the charter and its principles by adopting these into their policies, practices, action plans and culture. To qualify for a silver award, the institution must be able to prove that it has taken action in response to previously identified challenges and can demonstrate the impact of these actions.

In November 2016, Queen Mary as a whole university is submitting an application for an Athena SWAN silver award, as the next step in the institution’s attempt to remove all barriers to anyone progressing in their career because of their gender. Sandra Brown, Diversity Manager at Queen Mary, highlights the importance of the charter and says that it is a “framework that aims to engage students and staff in promoting gender equality and to create an inclusive study and work environment for all.”

Sarah Hawkes (ECU) is positive about the impact the Athena SWAN charter is having. She says, “Within universities and departments change is happening: organisational structures and practices are being improved, there is a greater awareness around culture and gender equality, and the importance of good communication is being highlighted.” The intention is that this will have a trickle-down effect on students, which Hawkes articulates, “For individuals, Athena SWAN has been valuable in encouraging aspiration, identifying and exemplifying role models, and illustrating potential academic career pathways and opportunities.”

Queen Mary’s application for Athena SWAN silver marks a noble endeavor towards greater gender equality, but some students highlight other existing gaps in equality at the university. Dushant Patel, School of English and Drama, is one such student who argues, “Conversations around diversity too often ignore or offer token efforts to ethnic minorities without addressing chronic issues like the appalling diversity of academic staff.”

However, with QMUL preparing to submit an intention to apply for ECU’s Race Equality Charter in 2017, we may soon be looking at a more egalitarian and diverse university environment.