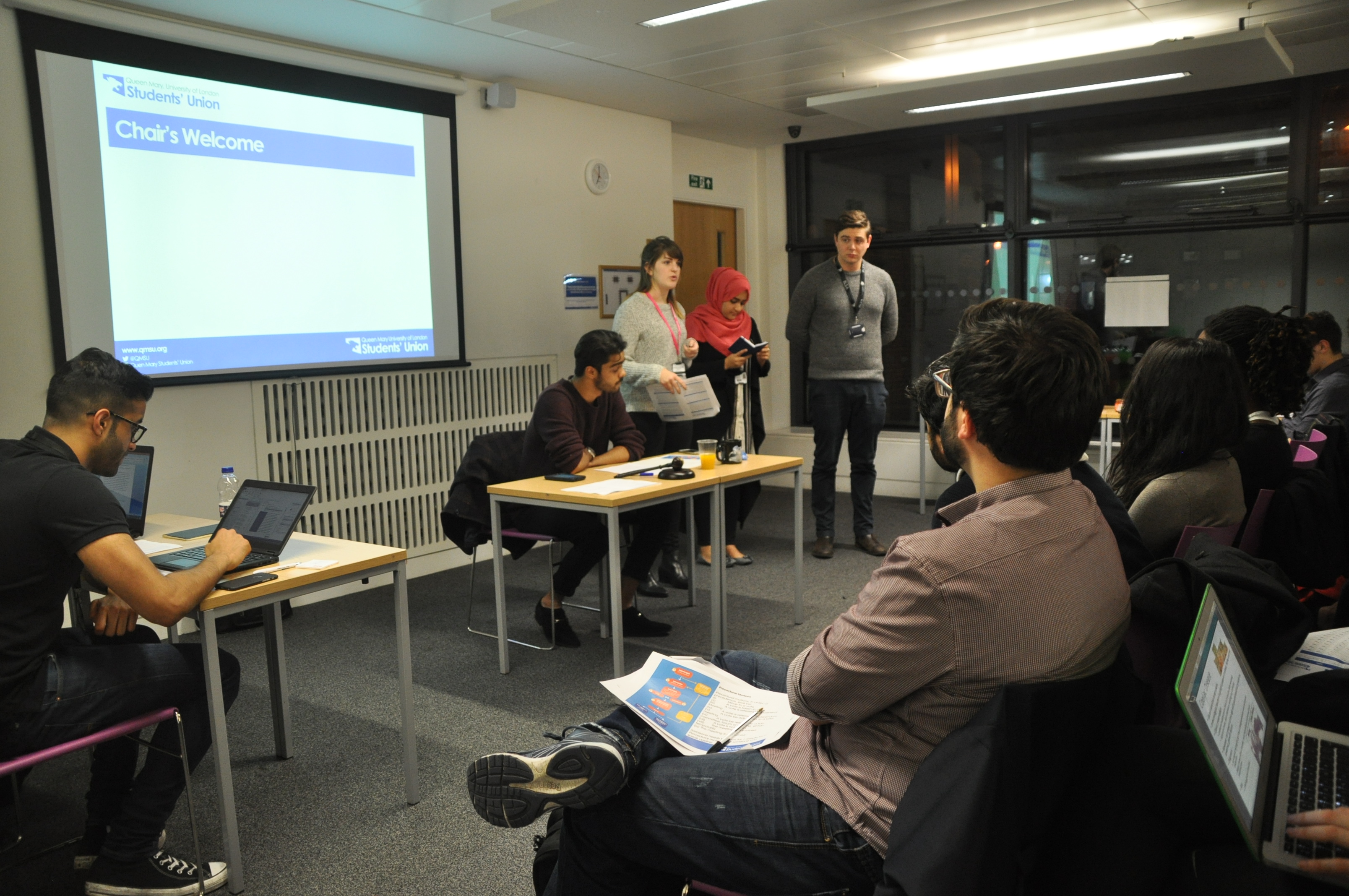 On 15th November various members of Queen Mary Student Council gathered in Blomeley Room 2 of the QMSU Building to debate new motions put forward by the students of QM.

The evening was dominated by a heated discussion regarding the boycotting of the National Student Survey in light of the government’s higher education reforms. The Teaching Excellence Framework (TEF) has caused the most controversy. The scheme would evaluate universities based on certain criteria such as how many students are employment after graduating, class sizes and NSS feedback. The better a university’s score, the more it is able to charge for a degree programme. The worse the score, the less the university can charge. Monty Shield, QM’s NUS Delegate, voiced the concern of the National Union of Students that such a system would lead to the further increasing of fees, reduce the amount of funding available for smaller institutions and encourage people think of university as a big business.

Laura Potter, Welfare Representative, argued that the NSS boycott had successfully made university boards, such as that of the University of the Arts London, reject TEF. Miranda Black, QMSU President, was quick to state that Birmingham University was able to use the threat of a boycott to open up discussion and that could be just as effective.

Will Atkins, VP Barts and The London, voiced his concern that a boycott could torpedo talks with the university and that QMSU should instead focus on educating its own students about TEF rather than taking part in a national campaign. After a long debate the motion was eventually denied with a view to discuss it more at the next meeting of the Student Council.

NSS and TEF were not the only subjects discussed at the meeting. The QMSU Executive Officers gave their regular updates. Miranda mostly focused on current discussions with the university board to halt the rising of tuition fees to £9250. VP Education, Sumeera Ahmad, updated attendees on her aim to secure the Octagon for Friday prayer space as well as discussing the importance of course reps and plans for Islamophobia Awareness Month. Adam Sparks, VP Welfare, was unable to attend and technical difficulties prevented his update video from airing. Finally, Will mentioned his plans to build up a young alumni scheme for Barts students.

Many members of the council were anxious to know when the construction work at QM’s Mile End Library would be completed. An exact opening date for the new section remains unknown.

A motion regarding the implementing of lockers was debated despite the creator of the motion not being present. Disabled Student Representative, Matilda Marcillo, spoke on behalf of the motion but reference to current lockers that are already on both the QM and Barts’ campuses caused some confusion.

The council also debated whether QMSU should affiliate with Stand Up To Racism despite its controversial links to the Social Workers Party who have been accused of systematically covering up sexual assault cases within the organisation. The motion wasn’t passed, instead the council agreed to tackle racism and get involved in national schemes, separate from Stand Up To Racism.