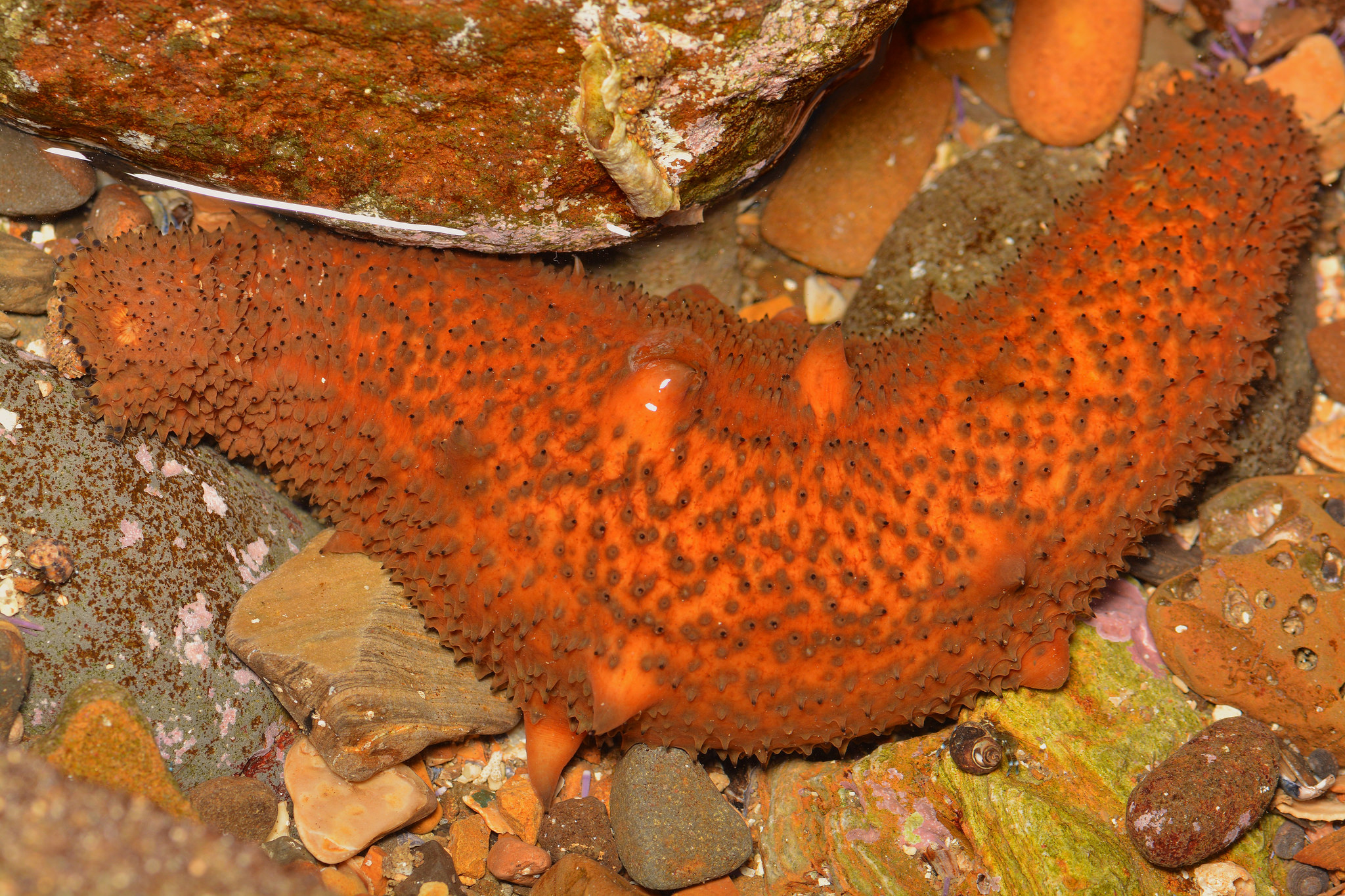 Salads will never be the same again, as QMUL scientists discover how sea cucumbers change the rigidity of their bodies

Conjuring up an image of the vast web of aquatic life, one’s mind does not immediately turn to the humble sea cucumber. What makes this little marine animal so interesting (apart from its impressive phallic appearance), is that it has the ability to rapidly change the flaccidity of its body.

Collagen, the compound that allows for this rests in the mutable collagenous tissue (MCT) on the outer portion of the body. As the collagen fibres are very strong, it is the changes in cross-linking and uncross-linking in the matrix between the individual ones that is changed to achieve mutability. Under neural control of ion movement and concentrations, a sea cucumber can rapidly change its body shape from that of a rigid tube to a jelly-like pool, allowing it to evade predators and get out of tricky spots. It has also been demonstrated that flexibility in body shape plays a role in reproduction, movement and defence.

Lead author Dr Himadri Gupta of the Institute of Bioengineering said: “The sea cucumber’s MCT may serve as a template for bio-inspired materials, which can mimic its remarkable properties. These could be useful in flexible scaffolds for tissue engineering, cosmetic treatments against skin ageing, implantable biosensors, and materials for soft robotics.”

The research was carried out on samples of sea cucumber at the European Synchrotron Radiation Facility, where micro-tensile lasers fired X-rays at the substances, and the diffraction patterns analysed to detect changes in the fibril structure of the MCT, while testing was done on the tensile strengths of the MCT.

Professor Maurice Elphick, from the School of Biological and Chemical Sciences, said: “Sea cucumbers are amazingly flexible and this study shows that their ability to shape-shift is not a result of any changes within the collagen fibrils themselves, but in the interfibrillar scaffold that cross-links with them.”

It is hoped that this new research can inform advances in cosmetics and medicine, especially in the fields of plastic and reconstructive surgery, where biomaterials that have the properties of flexibility are hugely sought after.