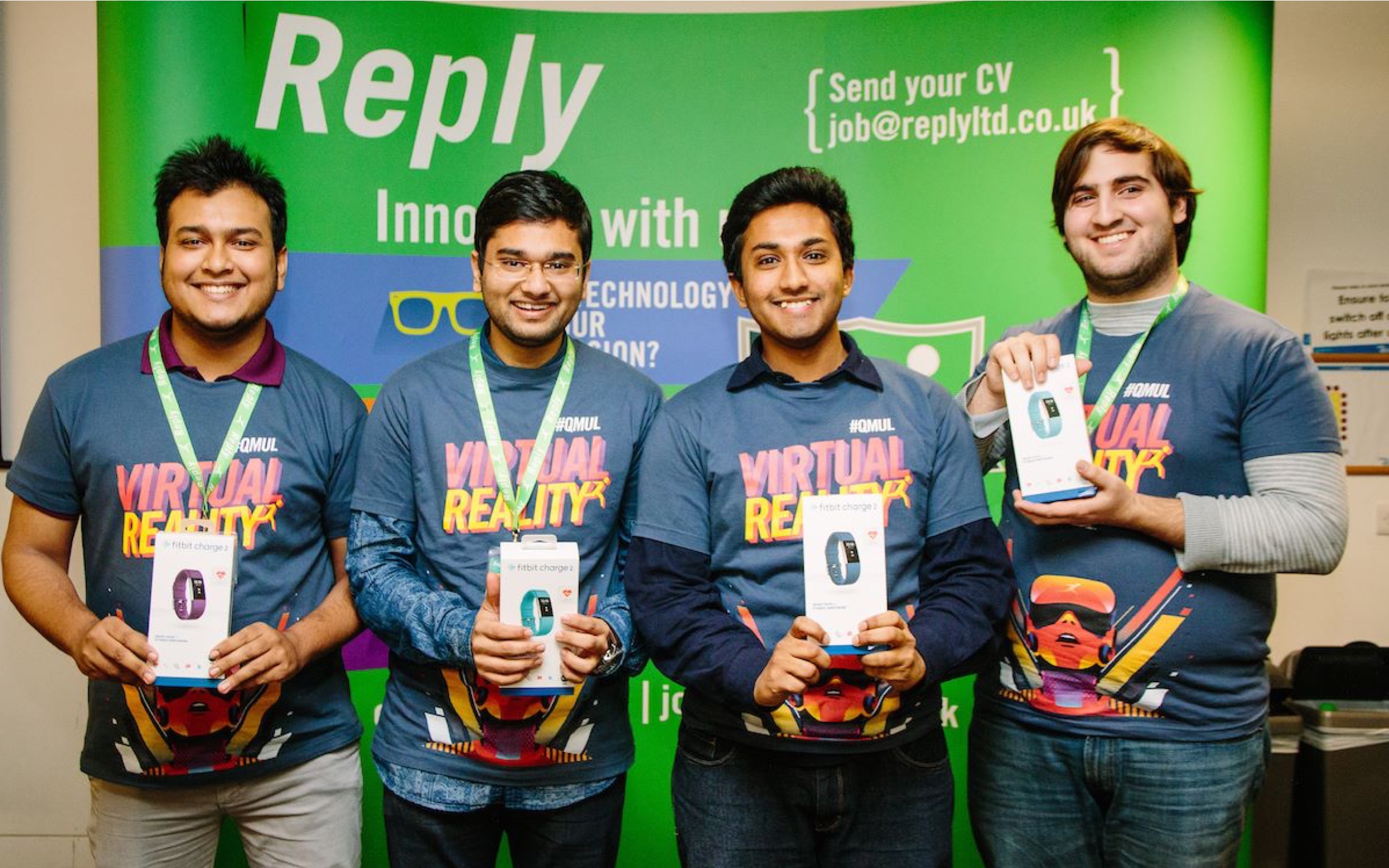 Our team of 4, Ayush Verma, Aniruddha Ray, Giorgi Karkashadze and myself chose the topic to work with – VR in Education and I was in love with the idea. It was achievable, executable, revolutionary in terms of changing the way we learn and extremely useful. After a lot of brainstorming and note taking, we started to work on our presentation.

Some of our extraordinary ideas are bringing historical events to life using VR (as you may have seen in the Assassin’s Creed games), arranging tours for students to dangerous places like volcanoes or rainforests using VR, using augmented reality (AR) to conduct dangerous scientific experiments e.g. experimenting with explosives, and many more. The main idea was to use VR & AR in education to achieve things that are not possible due to health and safety regulations. Our aim was to use virtual reality in an interactive and fun experience while being more informative at the same time.

We were ecstatic when we were announced as the winners between all the QMUL teams! We were declared as the winners of the entire European competition as well as “The Best European Case Study”. Despite fierce competition amongst the large number of students competing across European Universities our team emerged victorious, winning a HTC Vive VR headset courtesy of the competition’s sponsor Reply as a reward.