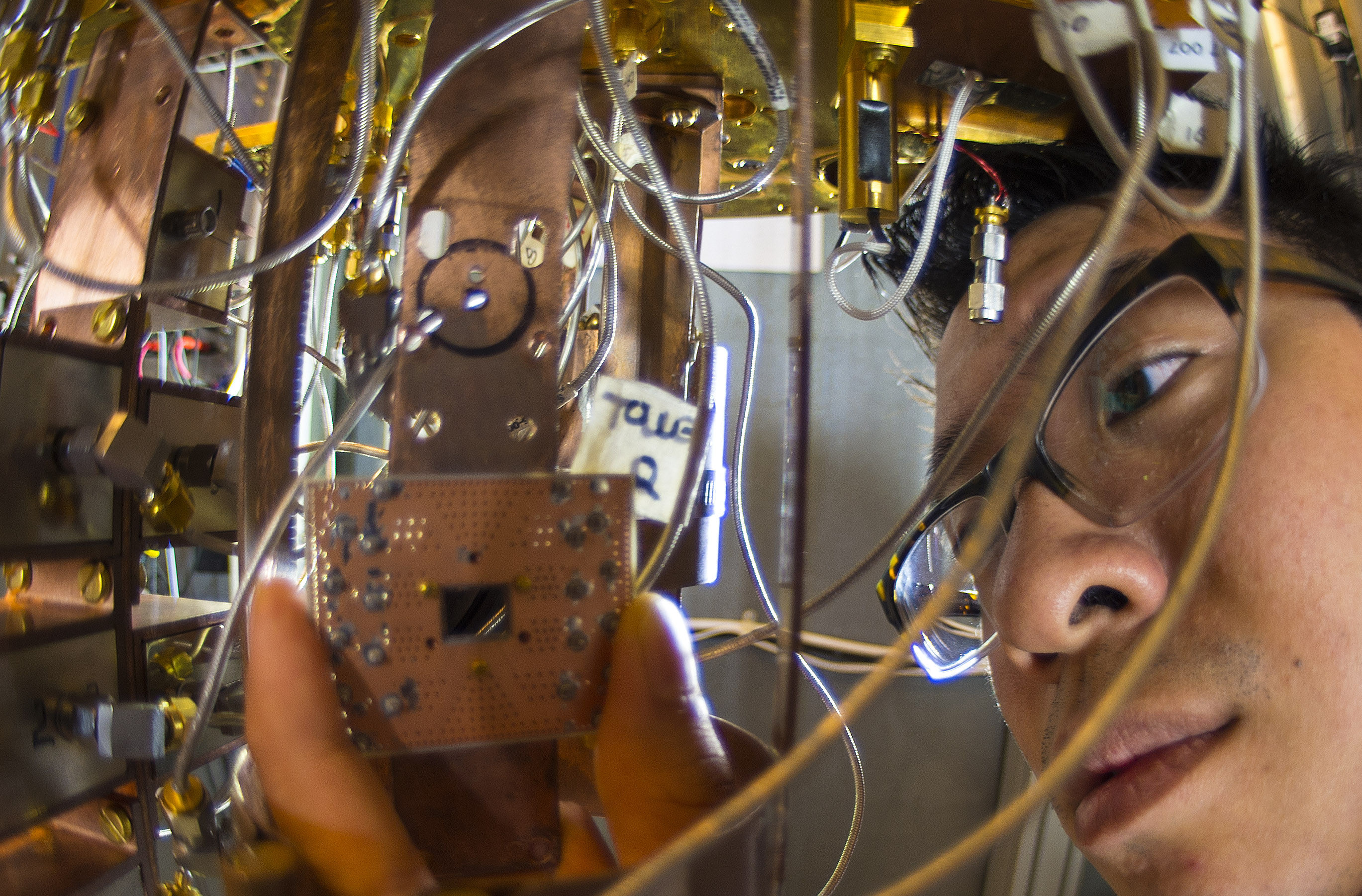 The next step in computational powers

Computers keep getting faster with each passing year but our hunger for speed is insatiable. We have come a long way: from computers that take up all the space in a building to smartphones, and now smart watches.

As a matter of fact, today’s smartphones can perform more operations per second than the computers that landed Neil Armstrong on the moon.

So, what’s the next big thing?

The answer is most definitely Quantum Computers. A quantum computer is one which uses quantum mechanics to their advantage to perform calculations.

How are they different from traditional computers?

They use qubits (quantum bits) as opposed to the usual binary bits, to process information. Qubits are different from binary bits because they have more than 2 possible states, whereas with binary bits it is always 0 or 1. This allows for computation with a lot of variables to be done extremely quickly. In some instances, quantum computers are capable of performing calculations which we would in fact never be able to do with classical computers.

Where do parallel universes fit into all of this?

Quantum computers take advantage of the quantum mechanical phenomenon of a particle having multiple possible states (known as quantum superposition). This disappears after the state is actually measured and it is seen to have actually one state after the measurement (either 0 or 1 like normal bits). The multiverse theory suggests that the other possibilities that were there before measurement are actually outcomes in other universes. This means that quantum computers are actually tapping into the outcomes of other universes while performing calculations for us, as it needs to be in this undetermined state to perform operations.

What can you do in this newly emerging field?

Current students at QMUL who are pursuing a degree in Physics, Mathematics, Computer Science or Engineering related subjects can certainly think about having a career in this field. You can be specialized on the topic, teaching others about this technology as we embrace it fully in the coming decades. You can be an engineer who designs the quantum computers of the future or you can be a quantum computer programmer, someone who would write software that these amazing machines can run. There is a company in the UK that contributes in the quantum computing software sector already – Cambridge Quantum Computing Limited. This is a rapidly developing technology sector, with new job titles being created at an ever increasing rate and has the potential to revolutionize the way we use computers.

Where can you learn more?

If you are interested in learning more about quantum computers, attending seminars at QMUL is definitely the easiest way to get started. Keep an eye out for the Theory Group research seminars to learn more about quantum computing. A variety of topics are covered in these seminars, have a look at their website for the title of the next discussion, which will tell you whether it is about quantum computers or something similar. The latest seminar was about “Quantum Coins – a provable advantage for quantum randomness processing” by Professor Terence Rudolph from Imperial College London.