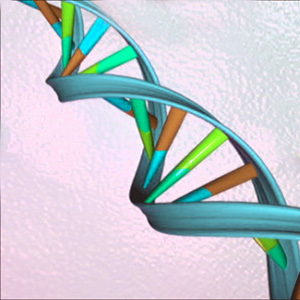 Michrochimerism and the End of the Individual

How foreign cells live inside each of us

Until now you may have been unaware, but you are actually partly made up of other people’s cells. It has been shown that cells that have a different genetic makeup happily live inside of us all.

This does not just refer to the trillions of bacteria residing in the gut or living on the skin, but also cells of a different human being incorporated in various tissues. This is caused by a process called microchimerism

Microchimerism is the co-existence of cells of different genetic composition inside the body and it happens before we are born. Imagine the early stages of our lives, the embryo is developing and stem cells divide and differentiate to form a human being. It was found that some of the stem cell that form the foetus migrate into the mother. Likewise, some maternal cells are transferred into the developing foetus. This means that all of us had exchanged cells with our mothers. Strangely enough cells are also exchanged between twins and in blood transfers (if the recipient is immunocompromised). In some cases, twins can have more than 10% of their blood cells from their sibling. Transfer from a vanished twin (one that has failed to develop) also takes place and if you have an older sibling, you may also have received their cells via your common mother.

Microchimerism is not just a quirky isolated phenomenon. This has implications on our lives. Research has shown that as much as 85% of mothers have foetal stem cells present in their bloodstream. In mice, these microchimeric cells seemed to repair and help maintain tissues of the mother and this is likely happening in humans as well. It may be one of the reasons why women generally live longer than men – faulty cells could be replaced by new and healthy foetal stem cells. Furthermore, this effects our ability to perform certain genetic experiments as the mother’s cells can be mistaken for foetal cells. This becomes even more complicated with chimerism.

Although not as common as microchimerism it does happen. Chimerism is when two early embryos fuse and create an individual who is then composed of two genetically different cell lineages. I.e. two non-identical twins fuse into one. This means that the two cells that fuse are not genetically identical, coming from 2 different egg cells and sperm.

This can complicate genetic identity of chimeric individuals. Depending on how different the two twin embryos were. There have been several famous cases relating to chimerism. For instance, when Lydia Fairchild ended up in a legal battle over children that she probably gave birth to. DNA analysis of parentage is considered foolproof and it is very precise. The problem was the investigators didn’t anticipate Fairchild’s chimerism which manifested itself in the fact that her egg cells were in fact those of her would-be sister. It is an extraordinary event, but it exists and the failure to recognise that almost led to a family tragedy.

At this point it is time to question the concept of the individual. We are a mixture of biological material; at tissue level, we see chimerism. At the cellular, we see microchimerism. On the molecular scale of genes, we seem to contain DNA from viruses and bacteria. We have as many as 145 genes that we incorporated to our genome that come from other organisms.

Observations from recent times show us that a simple individualistic approach does not illustrate how intricate and complex biology is, and how the concept of an individual is more complex then we ever imagined.