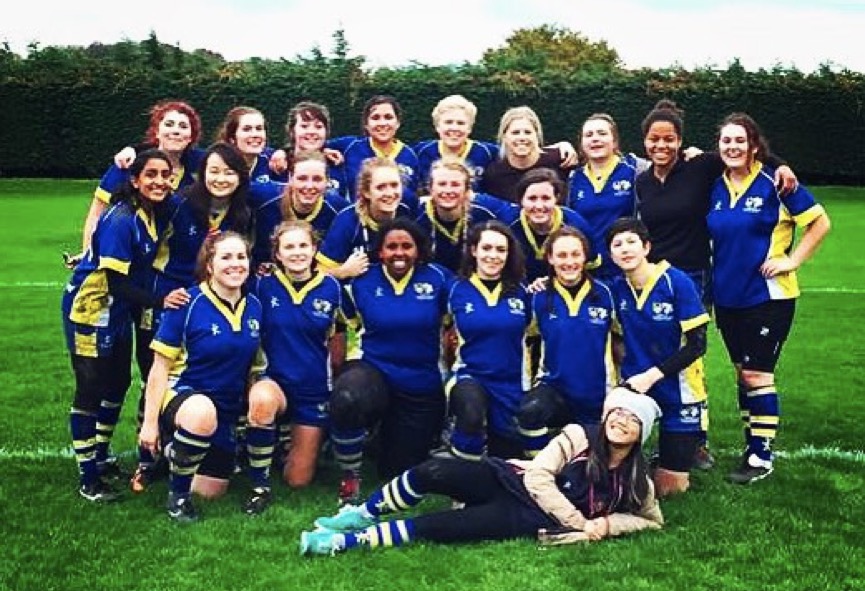 Being part of a sports team when you start university, and through out the rest of your time there, is a really great decision to make (joining Women’s Rugby obviously being the best decision…). Rugby is a game which challenges you to push yourself physically to keep running, keep tackling, and to keep pressing forwards to get to that try line, but more importantly to support your team mates along the way. When signing up to Women’s Rugby you’re not only signing up to play a game, you’re signing up to become part of a tight-knit group of friends who have got each other’s backs – whether that’s on the pitch or on the way home from Drapers.

As the QMBL Women’s Rugby team we pride ourselves in being inclusive and accepting of anyone who wants to join in, welcoming anyone to be part of our team. A large majority of the girls that join our team at the beginning of the year have never even considered playing rugby before they were pounced on at the fresher’s fair, but they all end up with the same fate: an addiction to the game and rugby withdrawals over the weekend. So whether you’ve played before and are itching to get those boots back on, or you’re looking for something new and exciting which you haven’t tried before, we’d love for you to get involved.

Away from the pitch we can be found drinking and eating far too much, and singing and laughing far too loud – we take our social lives very seriously. In fact, our captain Jo would say that the most important thing to us as a team is to have a good time (and she’s the most feisty lady on the pitch on game day, so that’s a big statement). Last year we had the biggest social year yet for our club with more members than ever, a weekend away in second semester, and a tour to Lisbon in Portugal. This year is only going to get better. Our social secretaries, Ruby and Nadine, have the best ideas stored up and loads of socials already lined up which we’re all very excited about. If this all sounds fabulous but you really don’t think that muddy knees are for you, then don’t you worry – some girls join purely for the social-side of our club, so if you want to be wearing pink with us on a Wednesday night then you’re more than welcome.

To sum up, QMBL Women’s Rugby team are a bunch of girls who stick together, playing hard on and off the rugby field.