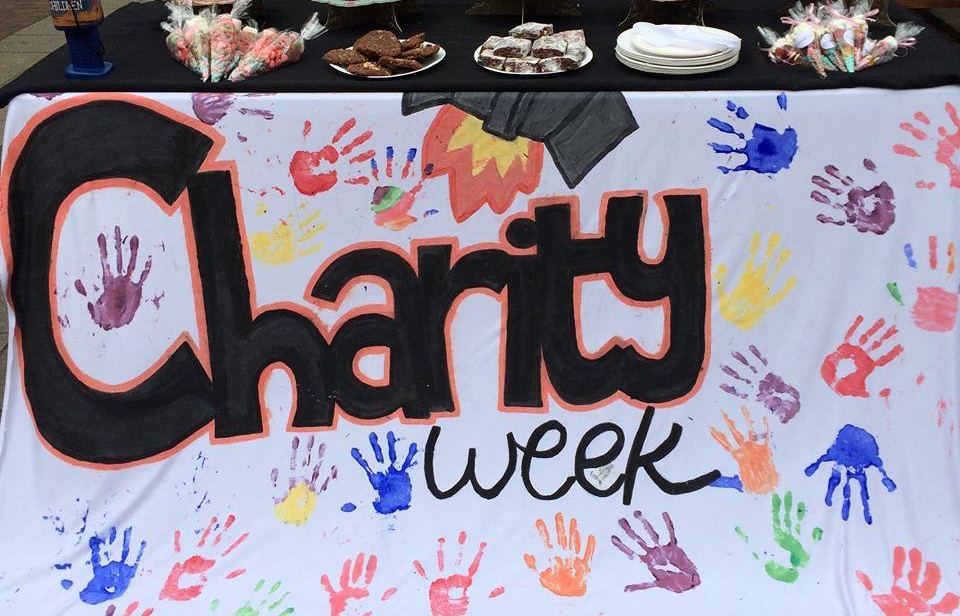 By Maariyah Dawood on 17th December 2016

Week 6 of Semester A saw Queen Mary Islamic Society (ISOC) and Barts Muslim Medics and Dentists (MMD) team up to pull out all the stops for Charity Week 2016.

Charity Week is a volunteer-led campaign which sees Islamic societies across the country raise money for orphans and needy children for the international NGO Islamic Relief, for one week every year. Initially a UK venture, it has since expanded to the US, Canada, Germany, Qatar, and this year to Australia. Universities, colleges and schools engage in a friendly competition with each other to see who can raise the most, whilst at the same time organising joint events in the spirit of ‘unity’, the principal ethos of Charity Week.

The committee organised a wide range of events and challenges, from movie nights and inter society quizzes to football tournaments. Whilst street and tube collections, tea parties and daily cake stalls are regular features of Charity Week, this year saw some exciting new activities organised such as a calligraphy class, cultural fair and a ‘Beast Mode’ cardio and conditioning session in Mile End park. The societies also teamed up with local dessert shops like The Crêpe Shop and Sweet, with the proceeds from crepes and milkshake sales going towards the total.

“This mission for us on campus was to reach out to new crowds outside of the ISOC”, the Charity Week reps told The Print. “The theme this year was ‘Going Further Together’ so it was a great opportunity to work as a larger unit for causes that many feel strongly about. We teamed up with other societies, like the Baking and Moroccan society, and even had SU officers take part in challenges”.

The cardio training was not the only physical challenge for fundraisers. The sisters began Charity Week by travelling to Hastings for a 12km sponsored trek along coastal cliffs, whilst the brothers took on Scaffel Pike, the highest mountain in England. Hira Javaid, third year Biomedical Sciences student, took part in the Hastings hike and said it was a “refreshing experience and a great break from work. I’m not exaggerating when I say the day was absolutely perfect. We were expecting it to rain so we wore our raincoats but it was one of the sunniest days with the brightest blue skies that I’ve seen in all my time in England”.

Perhaps the most exciting but bizarre challenge came in the form of the ‘Head Shakes’ challenge. A battle of the sexes, the head brothers and head sisters were each tasked with raising the most in online donations on their individual fundraising pages. Whoever lost had to drink a milkshake made from ingredients suggested by donors, with creative suggestions like Marmite, raw egg and Brussel sprouts. The race was tight, with £8000 being donated in the space of 30 hours. In the end, the brothers were victorious, raising £4093.58 over the sisters’ £3944.60.

Highlights for the team included a cake being auctioned off for a whopping £12,000 and the Queen Mary sisters beating the brothers in a bid for a prayer mat for £3520 at ‘The Big Event’, the three course dinner that culminates the jam packed week. “It was amazing to see people so willing to volunteer, and just enjoy themselves. The Cultural Fair in particular was a wonderful collaborative effort with other societies. Great sums were made, as well as great memories.”

At the time of writing, the ISOC and MMD had raised a staggering £41,552 online, placing them third on the UK leadership board, behind Kings College, London and UCL, with the final total to be announced at the International Charity Week Annual Dinner in late November.